There is a game today, a big game, between some surprisingly-awesome Oranje team and a one-man wrecking crew known as the Little Lionels. Actually it's Netherlands - Argentina, and it'll be a big game.

We're very sorry for the lack of a live thread yesterday. Watching Germany obliterate Brazil in the worst way possible might have resulted in one of the best live threads in the tournament. We will make up for it by hosting a live thread for this match.

You all know the drill. Comment below to participate in our thread.

What Happened in Brazil on Tuesday? 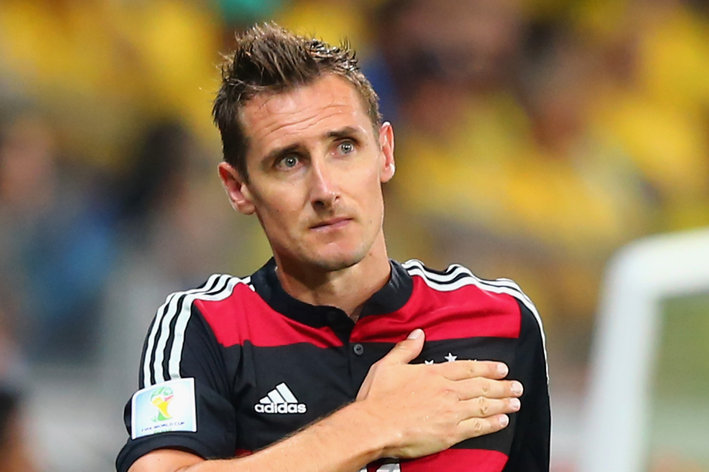 A look back at the day that...no, just a big look at how Ze Germans demolished, destroyed, embarrassed, and eviscerated Brazil, and killed Jogo Bonito.

If you need a primer on this match (and if you do, you surprise the hell out of me and everyone else), understand this. Both teams have a single talismanic player: for the Dutch, it's Arjen Robben. For the albiceleste, it's clearly Lionel Messi. The thing to remember here is that, as good as Robben is, he's not exactly transcendent, and one could easily argue that Wesley Sneijder and even Robin van Persie (or perhaps the absent Rafael van der Vaart) are at least close to Robben's level, and just as important or nearly as important to the Dutch cause.

No one could ever say that about Messi, despite a supporting cast of Gonzalo Higuain and Ezequiel Lavezzi (plus the injured Sergio Aguero and Angel di Maria). He's the best, and in this tournament he's played like it, rescuing an otherwise-pedestrian team's bacon again and again. That said, without di Maria helping him unlock defenses, he stands a very serious chance of once again coming up short in the world's biggest tournament.

Don't miss a moment here. Both teams are so lightning-quick on the counter that getting up to get another drink could mean missing a goal. Don't do it. Keep them in a cooler next to the couch. Four out of Five beers.