Today's Games: YOU KNOW WHAT TODAY IS. Also, Argentina vs. Switzerland.

I'm still so upset about yesterday's afternoon game. I thought the Fennec Foxes had it. That was a thriller, and the fact that they finally found the back of the net in the end was almost worse, because if that had just happened 30 minutes earlier... Oh, and the French are pretty alright, too.

But you're all here for one reason today, and it's not to watch Lionel Messi rip up the world's most neutral country. 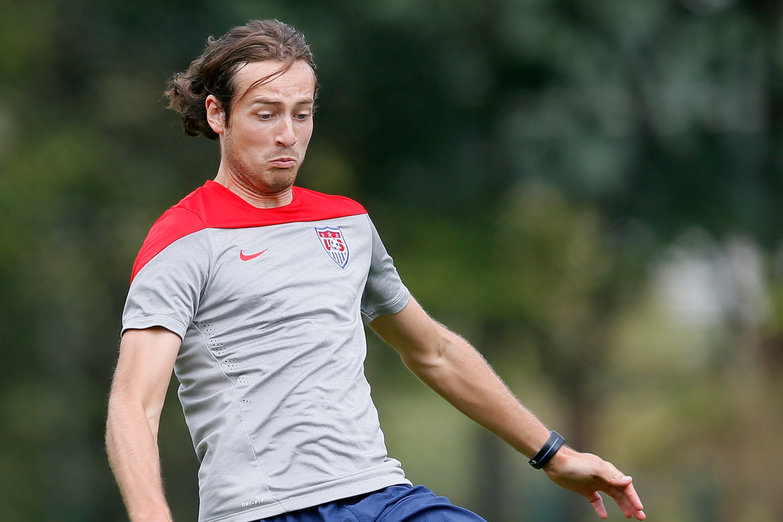 Jake muses on the lineup we might see this afternoon against Belgium, and believes that we should see Mix Diskerud in the midfield.

Argentina vs. Switzerland, noon ET - Yawn. Messi has been effervescent even as the rest of his team has been awful, kind of reminding us of the Argentina teams that were so good with Maradona (honestly, do you really think they would have won jack in '86 without him?) in that one player is driving the whole bus. The Swiss, meanwhile, had a lot of luck against the Fighting Bengtson's, but let's be real, who hasn't? The Albiceleste have probably the most dangerous front three (four, if you include Lavezzi on the bench) in the tournament, that should be enough.

United States vs. Belgium, 4 PM ET - AMERICA. Good news on the Yank front as Jozy Altidore has been cleared to play today. How long is anyone's guess, but he's cleared. The real key is going to be playing like they know they can win. Against Germany, the U.S. played scared and not to lose. Belgium will destroy you if you do that. The Red Devils have their own issues, with Thomas Vermaelen ruled out and Vincent Kompany apparently a game-day decision. But that doesn't change the fact that they have a stacked midfield, studs up top, and at least a top-league defense with one of the tournament's best goalkeepers. GET AMPED THIS WILL TAKE EVERYTHING WE HAVE.

WHAT DO YOU THINK. TEN OUT OF FIVE BEERS TODAY.