Today's Games: Belgium already beat Russia 1-0 and that kicked off at noon, Algeria vs. South Korea kicks off at 3 PM ET, and finally THE BIG GAME starts at 6 PM ET between the U.S. and Portugal.

Sorry we're late. We know you all were mad you couldn't talk in this live thread while the Belgians and the Russians played that boring game saved by some kid named Divock. Don't be made anymore, because we're here and the thread is open! Yesterday was crazy, and the advancement implications for the U.S. are all out of whack now. Still, though, taking care of business is all the Yanks can concentrate on tonight.

Open thread is in the comments. Do you.

Belgium vs. Russia, noon ET - This one already played out. Belgium won 1-0. Divock Origi is the man.

Setting the Table for Day 11 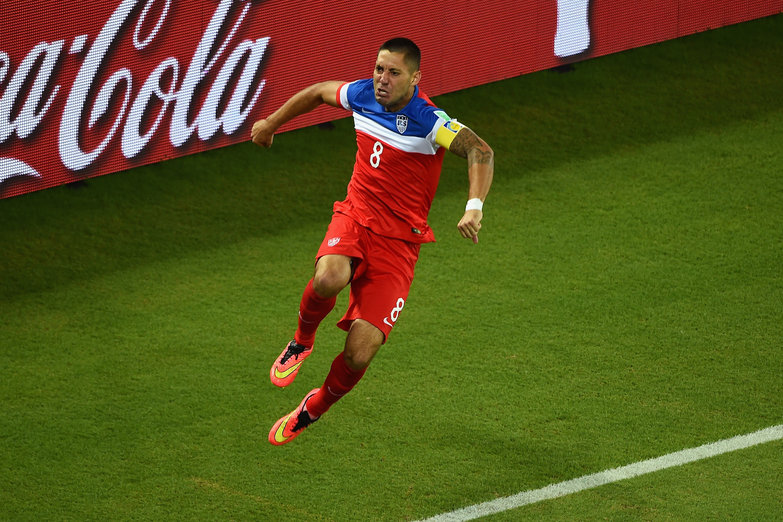 A look at what happened yesterday in the World Cup with a view to today.

Algeria vs. South Korea, 3 PM ET - Algeria's team nickname is the Fennec Foxes. Those are the cutest freaking things in the world. Against Belgium last week, Algeria was anything but cute, and I actually thought they were surprisingly good. South Korea is South Korea. Always solid, never great. This match will be interesting, if not necessarily exciting.

United States vs. Portugal, 6 PM ET - THE GRANDADDY OF THEM ALL. The Yanks will have it all to do without Jozy Altidore, but it's going to be hot as balls in the rainforest and Cristiano Ronaldo isn't 100%. Plus Clint Dempsey is a badass and Michael Bradley will eat you. PORTUGAL AIN'T NOTHING. DON'T TREAD. I BELIEVE THAT WE WILL WIN.

Good lord I am so hungover, BUT IT'S USA GAME DAY, BROS AND BRO-ETTES. I can't believe I just said "bro-ette." Regardless, you should drink a ton and be American for this game. Just don't drive drunk. Six out of five beers.

Find a watch party with your local AO chapter. I know Providence will be at Spats. Otherwise, livesoccertv will tell you what networks are carrying games. ABC has the one on right now.