Today's Games: Italy vs. Costa Rica at noon, then France vs. Switzerland at 3 PM ET, followed by Ecuador vs. Honduras (JERRYWATCH) to wrap things up at 6 PM ET.

Yesterday's 6:00 game really ruined what was a pretty all-around good day of soccer, right? The English lost track of one of the best strikers in the entire world twice to pretty much sink their World Cup hopes, Los Cafeteros cemented their place as a strong tournament favorite, and then...the Samurai Blue couldn't even beat the Greeks when the latter were down a man. Come on, now. Whatever.

Per usual we will be running this thread all day, so leave comments below as you watch the day's matches!

Setting the Table for Day 9 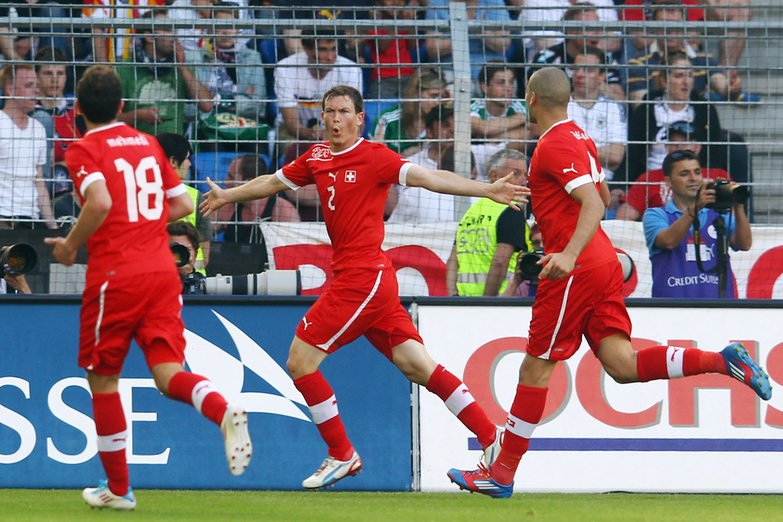 Recapping Day 8 and Previewing Day 9 with the SBN Staff

Costa Rica vs. Italy, 12 PM ET - This might be the most interesting match of the Group Stage so far. Los Ticos came out of nowhere to beat Uruguay last week, and they looked real comfortable doing it. Will Italy be the next to get CONCACAF'd? ...Probably not, but it should still be a good match. I never thought I'd say this, but I'd love to see Costa Rica get a result and advance. I'd also love to see Balotelli score a hat-trick. Maybe both?

France vs. Switzerland, 3 PM ET - The Swiss won at the death in their first match, while France...well, France pummeled the opposition in theirs. It'll be a much sterner test for both teams here, but I gotta say that Les Bleus look real good. Of course, the French are only truly good at one thing, and that's surrender. That bodes well for the Swiss. Except they don't fight at all, because they're always neutral. Hm.

Ecuador vs. Honduras, 6 PM ET - JERRY WATCH. Maybe this time he'll play more than 45 minutes and look like he's interested in soccer. Ecuador should own this, because honestly Honduras looks only slightly better than Cameroon.

It's Friday! And I might not be drinking much at all today. But if I was, I'd recommend Italian beer. Maybe Peroni? It's pretty good stuff, honestly. Not heavy and flavorful, but clean and crisp, like if American light beer had real taste. But wait, do the Swiss make beer? I don't know. Today should have two good matchups and one that should at least have goals in it. Plus you can make a drinking game out of how many times Jerry doesn't score. 4 out of 5 beers.

LiveSoccerTV will tell you, guys. In America, just watch it on ESPN.