Today's Games: Colombia vs. Ivory Coast at noon ET, and then England vs. Uruguay at 3 PM ET, topped off by Greece vs. Japan at 6 PM ET.

Yesterday was the day we saw the first eliminations, and the first truly-monumental events of the group stages. Specifically, we watched Spain, the defending World and European champions, get thoroughly dominated by a surprising Chile side, and find themselves eliminated from the World Cup after just two games. Not only are they eliminated, they've scored just one goal and conceded seven. It's the end of an era.

Australia and Cameroon were also knocked out, the former with valiant grace and determination in an excellent game against the Dutch, and the latter with shame and comedy as they totally imploded whilst being manhandled by Croatia.

Setting the Table for Day 8 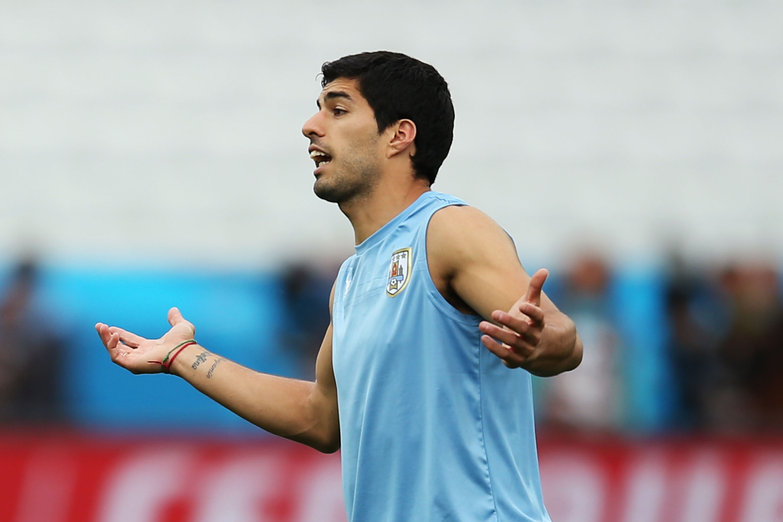 Get news, reaction, and analysis of Day 7 and the schedule for Day 8.

As usual, discuss the action as it unfolds in the comments section below, we'll be here all day!

Colombia vs. Ivory Coast, 12 PM ET - Los Cafeteros weren't missing Falcao at all when they overran the Greeks last week, but Les Elephants won't be so easy to take down. This is going to be an interesting match between a team that was a dark horse tournament favorite before losing their best player, and a team that's been riding a "golden generation" wave straight into three-and-out exits for the last eight years. They both have a lot to play for, which usually makes for entertainment.

England vs. Uruguay, 3 PM ET - The day's marquee match. The Three Lions fight for their tournament lives, while La Celeste are still trying to figure out what the hell happened in their last game. This match hinges on whether or not Luis Suarez is healthy enough to play, probably, since Edinson Cavani was totally useless last week. Of course, nobody hates Suarez more than the English, who have to watch him play all season, so that could inspire an amazing performance from Hodgson's men. Expect anger, violence, and someone scoring a goal without realizing their doing it.

Greece vs. Japan, 6 PM ET - SNORE. The only saving grace here is that Greece is monumentally bad at everything. Maybe the Samurai Blue can have their way with them.

I might be totally dry today, guys, I'm sorry. But, then again, maybe not? Depends on a couple of factors. But if you're all gonna be drinking (and it's Thursday, so feel free), the themed beer I'd recommend today is anything from Samuel Smith. I'm a particular fan of the Oatmeal Stout and the Taddy Porter. Also, Wychwood Brewery's hobgoblin and other interesting beers are pretty spectacular.