"We didn't start well in the first half," Rochester Rhinos Head Coach Bob Lilley admitted after a drab 0-0 draw with Cornell University on Sunday. The team didn't show much else in the rest of the game, either, as the combination of bitter winds and tired legs made for sloppy play.

Lilley conceded that the team was not firing on all cylinders on Sunday. "It wasn't the best game for us but the preseason has been good so far. Maybe it's just too soon after the trip to Ottawa and the long bus ride and the cold weather but we didn't look good as a unit." 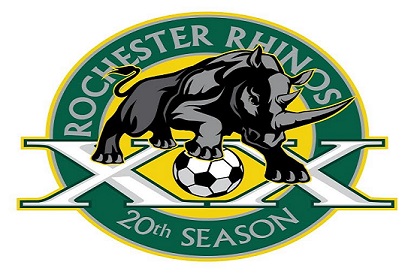 Rochester drew 1-1 with the Ottawa Fury of NASL in a preseason warm-up match.

"To their credit, they were solid defensively. We didn't make enough runs through from midfield. We had the possession but they had guys back and when that happens you need to catch them out with quick runs."

One player who stood out for his consistent attacking play was winder Marcos Ugarte. Ugarte was a constant threat cutting in from the left wing looking for his shot and also combined well with his teammates when playing on the right flank.

Former Detroit City FC midfielder Tyler Arnone also showed particularly well. He was tasked with a majority of the defensive responsibilities in the first half partnered with Alex Dixon but the introduction of Christian Silva allowed Arnone freedom to move forward in the second half.

Returning midfielder Johnny Mendoza was a focal point for Rochester's attacks after he came on at halftime. Whether playing on the outside or later through the middle, Mendoza's quick passes and nifty touches eluded Cornell and could bode very well for the Rhinos in 2015.

"This really is the best group of guys I've had to work with. We're miles ahead of where we were at this point last year." But Lilley wasn't all smiles after the game as he prepared to give a few of the trialists some bad news. "I've got to go in and make some really hard decisions about guys who would be good enough to make rosters in previous years."

The team's upcoming preseason game against Syracuse University on Friday afternoon will be a more accurate test of where the players are in terms of match preparation. Through this week, Lilley and his coaching staff will trim the training camp roster down and offer contracts to those who impressed.

"It's tough today because I've got to use so many guys," Lilley said with regard to the revolving door of players in camp so far this year. "I haven't been playing my best lineup because I've wanted to see all those trialists."

The team has also been without the services of Onua Obasi, Tony Walls, and Babacar Diallo. Walls's Milwaukee Wave lost to the Missouri Comets, which in turn lost to Obasi and the Baltimore Blast in the Major Arena Soccer League playoffs. Diallo is in Finland tryout to pursue career options there but the Senegalese-French defender is still under contract with Rochester.

To add steel in the center of defense, Lilley revealed that defender Julian Ringhof would be joining the team this week. The German-born defender played 3 years at the University of San Diego and was highly-touted for his foot skills as a center-back.

The Rhinos next play at 3pm on Friday at Sahlen's Stadium against Syracuse University. Rochester kicks off the 2015 USL regular season on the road at Red Bull Arena against NYRB II on Saturday March 28; that match and every USL game will be streamed on the league's YouTube channel.