Trading Jermaine Jones was smart business by the Revolution

The New England Revolution are now in the post-Jones era, and that's a good thing.

Share All sharing options for: Trading Jermaine Jones was smart business by the Revolution

By all indications, Jermaine Jones wasn't likely to re-sign with the New England Revolution. The two parties seemed to be too far apart in terms of money, an issue that Jones himself commented on via social media. With this in mind, the trade with the Colorado Rapids was a smart piece of business.

Acquiring Jones in August of 2014 was an important moment in Revolution history. The move showed that the club had ambition, a trait that many had long questioned. This was a big-name, highly-paid player coming to Gillette Stadium. The defensive midfielder's face was immediately plastered everywhere, leading to a bump in attendance.

Jones was also a success on the field, helping the Revs return to the MLS Cup Final for the first time since 2007. His gritty attitude and pinpoint passing was exactly what the team needed. He became the target of opposing teams, allowing the likes of Lee Nguyen, Diego Fagundez, and Kelyn Rowe to roam more freely.

The Revs Trade Jones to the Rapids 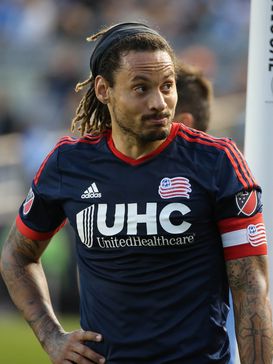 Read the details of this blockbuster trade.

Even in his second injury-marred season with the Revs, Jones proved to have value. He was an influential voice in the locker room that provided advice to the team’s young core. When healthy, his desire to win was on full display.

Fast forward to 2016. Giving a long-term contract (which was what he wanted) to a 34-year-old midfielder coming off two sports hernia surgeries just didn't make sense. One of Jones’ defining qualities is his tenacious and active play, which is something that's sure to decline with age. In addition, Jones will be suspended for first six games of the season and will probably miss more due to international commitments. Coming back to New England was simply unlikely.

This meant that the Revs had to find a trade partner as Jones seemed content to stay in MLS. The Rapids appear to be the perfect match.

Coming off a disaster season in which they finished last in the Western Conference with nine wins and 37 points, the Rapids were determined to make moves this offseason. The team from Colorado sent 14 players packing, some of which raised eyebrows. In January, SB Nation's own Burgundy Wave stated that the Rapids had "reached insane levels of awful."

The Rapids needed to make an impact signing, a role that Tim Howard appeared to be set to fill. Not satisfied with one U.S. international, the Rapids also grabbed Jones from the Revs. Both players are aging, so their effectiveness will help shape how these moves are ultimately viewed. For now, however, the fan base excited, which is a good thing.

Meanwhile, the Revs get a first-round pick in the 2017 MLS SuperDraft, as well as general allocation money. The money is an undisclosed amount and we’ll probably never know how/if it will be spent. The draft pick, however, could be huge.

The Revs have a history of putting a lot of stock in the draft. Regular contributors like Rowe and Andrew Farrell have joined the team straight out of college. While it’s true that the draft’s significance is declining, gems can still be found in the first round. Consider that Orlando’s Cyle Larin and San Jose’s Fatai Alashe came out of the 2015 SuperDraft. The Revs will have two first-round chances to get it right in 2017.

This isn’t just exciting news for the Revolution. It should also be excited for potential draftees.

Under head coach Jay Heaps, the Revs have become a team where young players get to play. After all, the team only employs three players over the age of 30. The Revs have given the likes of Fagundez, Farrell, and Scott Caldwell the opportunity to play significant minutes and they have done nothing but impress. Gillette Stadium has become a preferred destination for young players.

Losing Jones is a tough pill to swallow for some Revs fans because he made an immense impact in a short time. That said, moving on was the right decision for the Revolution. Throwing money at an aging player isn’t logical (the team did that in 2011 when they re-signed Shalrie Joseph). The Revs made a good deal on Friday, and for that, they should be applauded.

The team has now entered the post-Jones era, and that’s exciting.