Lee Nguyen is Still Not Returning to Vietnam

Rumors are once again in play that there's a V-League club interested in the services of Lee Nguyen. Once again, there's pretty much no way that's ever going to happen.

Share All sharing options for: Lee Nguyen is Still Not Returning to Vietnam

This is the second time in recent history that a V-League team has expressed interest in acquiring Nguyen as Hanoi T & T made public claims in December. Thanh Hoa, Nguyen's most recent suitor, is hoping to make the 28-year-old attacker the centerpiece of their team. The club has recently become one of the biggest in Vietnam as they have shown a willingness to spend. 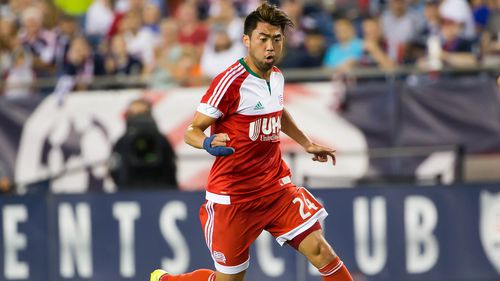 Lee Nguyen's decade of professional soccer has lead him all over the globe, but he's finally found his best form in New England.

According to an online translator, Tahanh Hoa executive Doan Van Phuong told Bongadplus, "We want to build FLC Thanh Hoa into a strong team with good players and Lee Nguyen was very fit with this intention."

Any potential move wouldn't be immediate as the article cites that Nguyen wants to finish the 2015 season with the New England Revolution. The midfielder currently has five goals and five assists,helping his team hold fifth place in the Eastern Conference.

That said, things stand much the same as they did the last time this type of rumor cropped up in December. A move to Vietnam would be a massive step backwards in terms of profile and competition for Nguyen, who has expressed great interest in returning to the U.S. National Team fold. If he's having trouble getting a look as one of the premier attacking players in MLS, he'd be completely off the radar in Southeast Asia.