Rochester signed midfielder Johnny Mendoza and defenders Babacar Diallo and Tony Walls ahead of the regular season opener this weekend.

With only a handful of days before the team's 2014 season opener, the Rhinos have signed defensive and midfield reinforcements.

Former Chicago Fire defender Tony Walls joins the Rhinos for the 2014 season. The right back spent 2012 with Chicago but only made one appearance in the U.S. Open Cup before the club waived him the following preseason. Walls just finished the MISL season where he played alongside winger JC Banks, 2012 Rhinos MVP and Walls' 3-year collegiate teammate. 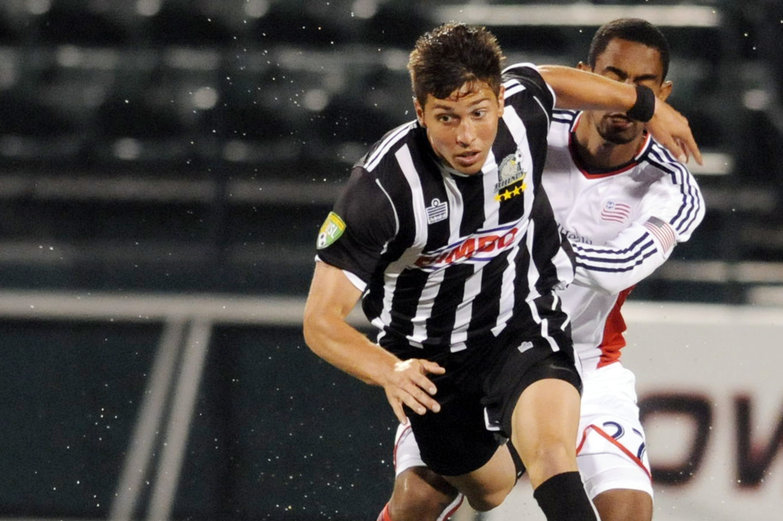 Rochester took down the Impact U-23s in a dominant 3-0 performance.

Walls projects as either the first or second choice right back competing against recent signing Pat McMahon. Any chemistry that Walls has with Banks playing down the right flank can give Walls an advantage to get the starting nod this weekend in Orlando.

As I noted on Monday, Babacar Diallo impressed the Rhinos' coaching staff during the team's 3-0 win over Montreal Impact U-23s. The Dakar, Senegal-native grew up in France and has played professionally in Turkey and Finland. The 25 year old defender (his birthday was last week) joins the team after his contract with FC Inter Turku in the Finnish Veikkausliiga expired on January 1. Diallo is the third center back on the team roster along with USL Pro veteran Kyle Hoffer and rookie Patrick Slogic.

Johnny Mendoza slotted into Rochester's midfield comfortably in the second half of the match against Montreal on the weekend. Mendoza was able to thread the pass through the defense for striker Alex Dixon to run onto and finish off the Impact U-23s with the team's third goal. The former Orlando City midfielder gives head coach Bob Lilley a second choice after Tyler Rosenlund for a forward-thinking player through the middle of the field.

Mendoza played with Orlando City's U-23 team in the USL Premier Development League in 2012 before signing with the professional team last year. The 24 year old Colombian made 20 appearances, 15 of them as starts, in a very crowded Orlando midfield.

Mendoza and the rest of the Rhinos will travel to Orlando this weekend to face the defending champions at 7:30pm on Saturday. The match will be broadcast for free on the USL Pro's YouTube channel.