A personal piece of brilliance late in the game from Danny Earls rescued the Rhinos' season, at least temporarily, as the team defeated Antigua Barracuda FC - a team that has earned zero points and scored just 10 goals this season.

The Rhinos were without the services of J.C. Banks, who was serving a one game suspension for receiving a red card against Montreal Impact Reserves, and Gabe Latigue, who suffered a season ending knee injury during training earlier this month. In their wide midfield positions, interim head coach Pat Ercoli started on-loan defender Tyler Polak and recent signing Pierre-Rudolph Mayard. 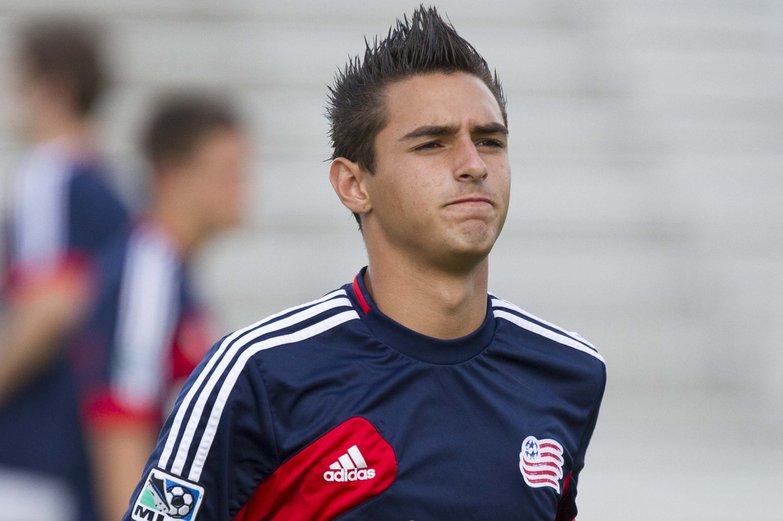 The success of Diego Fagundez is encouraging, but US Soccer needs to invest further in the grassroots part of the game.

Mayard was the most active Rhinos player in the attacking third during the first half. He saw a left footed drive from just outside the box ping off the crossbar in the opening minutes. The former Canadian international started on the right side of midfield so he could cut in and shoot on his right foot, but he also tracked over to the left side to play decent service in towards the two forwards in the area. Mayard also sent a powerful header just over the bar in the first half.

During much of the first half, the Rhinos depended on Danny Earls to carry the ball out from the back. With Rozeboom assuming defensive responsibilities and Rosenlund doing his disappearing act for the first 60 minutes of the match, Earls was the engine of the team. As soon as Rochester won the ball in defense, teammates looked to play Earls on the left side. He either ran down the outside after a quick exchange with Polak in left midfield or would drift inside to thread the needle as a playmaker from the back. In the second half Antigua figured out that Earls was a good player and the Rhinos shifted the point of attack to the right flank, with fullback substitute Lucas Fernandez consistently moving forward on the play.

Pushing fullbacks on the occasional overlapping run is great but relying on fullbacks to carry the team forward can be a recipe for disaster. Antigua is quick on the counter attack and when Earls or Duckett (or Fernandez in the second half) pushed forward, the Caribbean team was able to exploit the gap in defense. If Antigua Barracuda FC had time to train finishing techniques, they would have blown Rochester out of the water on Sunday. Center forward Tamorley Thomas had more than enough chances to earn himself a hat-trick if he could have shown himself to be a quality soccer player instead of just a really fast athlete.

As Rochester was picking up steam in the second half, coach Ercoli took out Mayard despite most attacking chances coming from the recently signed winger. Local product Mike Reidy replaced the talented Québécois and, while not having opportunities to use his barn-burning speed as Antigua packed it in defensively, did show up well with smart touches in tight spaces. The Rhinos also subbed on forwards Tam McManus and Andrew Hoxie for Polak and Brettschneider; both players were involved in promising attacking sequences in the final half hour.

The best chance of the game up to that point not produced by Mayard came on a 30 yard free kick. Earls served in-swinging service with his left foot that eluded the Antigua defense and dropped just in front of Roly-Poly-Goalie Molvin James (known for his heroics against the USMNT in WC Qualifying and not for his appearance on the Biggest Loser). Central defender Kyriazis got his foot onto the ball after beating his mark but his shot agonizingly hit the crossbar.

Mike Reidy had a chance to win the game a few minutes later but shot wide. After a blocked shot and botched clearance, the ball rolled to Reidy who was open in the area. His shot curled just outside of the far post but the rookie showed well during his half hour appearance. The team had another quality chance when Hoxie got his head on the end of a corner from Earls on the left side. Unfortunately, "The Big Smooth" directed his header too close to James who was able to drop to his left and make the save easily.

Dublin, Ireland, native Danny Earls is a fan favorite for a number of reasons. He had a previous spell with the Rhinos before testing himself in MLS with Colorado Rapids. He has a dashing smile and charming accent. But more than any other reason, Danny Earls comes up big when the team needs him to. With less than two minutes of regulation left on the clock Earls found himself open in the area with the ball bouncing towards him. Earls set his feet and, with technique that any coach would be proud of, latched onto the ball with a first time full volley.

Even watching the brilliant piece of individual skill, I was unsure if the ball would go in as there were a number of bodies between Earls and the goal and well... The Rhinos haven't had much of any luck this season. But who needs luck when you have Danny Earls? The shot rocketed into the corner of the net and the Rhinos only had to hold on against a team that played 7 or 8 players behind the ball all game.

In the final seconds of regulation Reidy pulled a cheeky veteran move by carrying the ball into the corner. Instead of just wasting time, after drawing in two defenders Reidy dropped a pass back to Fernandez who sent in a cross that Hoxie did well to get on the end of. While Earls's goal must have been a huge let-off for the Rhinos who were facing coughing up the first points of the season to Antigua, the team was still hungry for a second goal to kill the game off.

After two consecutive 0-0 draws, the Rhinos needed to get a win on Sunday. Even though the slimmest of margins may not instill much confidence, the team can celebrate just their fourth victory of the season.

The next games at home against Dayton Dutch Lions and Pittsburgh Riverhounds will decide the Rhinos season, as losses will mathematically eliminate the team from 2013 USL-Pro playoff contention.