Last season was a big disappointment, but the Revs have turned a page and should expect a better season. The only question might just how big they'll improve from 2015.

Share All sharing options for: MLS Season Preview 2016: Expect the Revolution to Rebound

Just by taking a quick glance around some of the awesome MLS previews from various sites, you begin to notice something right away about the New England Revolution.

No one has any idea what to think about this team.

Matt Doyle of MLSSoccer.com says they're going to win the Supporter's Shield while a majority of the Sports Illustrated roundtable has the Revs missing the playoffs altogether. That is a staggering difference of where many see New England in 2016, and you know what?

I don't think anyone is wrong.

There are two sides to this argument, and it's very easy to see both. The Revs took a massive step backwards last season as they made few changes to their roster and just traded away Jermaine Jones. Yes, some moves have been made to shore up the back line and midfield but the core of the team is largely the same as it has been since 2013. And if that core had it's best season with Jones in 2014, how are the Revs possibly better now? 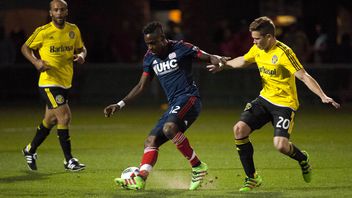 Nick Hemming takes a look at the current Revolution roster and wonders just how much better New England is from last year.

Our own Nick Hemming took a look at the overall roster earlier in the week, and came to a less than surprising conclusion. The Revolution improved in some areas, but overall the starting lineup hasn't changed much. Even if Gershon Koffie effectively replaces Jones, this is still the same team that limped to a 5th place finish in the East last year and an early playoff exit.

Last season especially, other teams in the East made big moves to help improve their clubs, with Giovinco, Drogba and Kei Kamara all boosting their respective teams in Toronto, Montreal and Columbus. The Revs don't have that impact player right now. Jones was that boost in 2014 and Xavier Kouassi could have been were it not for his ACL injury that makes it more likely to see his debut next season rather than late in 2016. So where do we properly rate the expectations for New England going forward?

Well, let's not forget that before limping into the playoffs, the Revs were primed to get a first-round bye if they had won the games they were supposed to win. This is still a very talented team that when playing their best soccer can beat anyone in MLS. The issue with the Revs is consistency, and while they've generally improved every year under Jay Heaps, the massive winning and losing streaks have gone hand in hand. 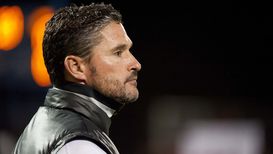 The legendary Matty Jollie returns to breakdown anything and everything about the Revs offseason, who's going to lead the attack and who needs to step up and have a big year.

It's strange to see an MLS contender with a five or six or eight-game winless/losing streak in a season, but even more strange is that the Revs have been able to counteract those bad streaks with equally good ones. If the Revs can maintain a more consistent result streak, and add in one big winning streak, they won't just be a playoff team, they will be fighting for the Supporter's Shield.

Regardless of your thoughts on Jones, and I was always in the camp that wanted to bring him back, he was going to miss a lot of games this season. Now having a more constant lineup from Week 1 might be the best thing for the Revolution, which is why they went ahead and traded Jones to the Rapids.

I won't say that letting Jones go was an easy decision, but at the very least it was smart business. And the Revs are one of the best when it comes to making smart, shrewd, and effective MLS transactions:

That's just the MLS draft, which doesn't include all the deals with the Vancouver Whitecaps for Lee Nguyen (off waivers), Daigo Kobayashi, and Brad Knighton. Juan Agudelo was acquired via trade three years ago, though he played on loan in Europe in 2014. Je-Vaughn Watson could play a very large role at right back not only as a starter but as a mentor to young players London Woodberry and rookie Jordan McCrary. These are all smart moves that made the Revs better.

Last season I predicted the Revolution should've made the CONCACAF Champion's League. It was the next logical step for a team that had made tremendous progress in previous seasons as they rebuilt back into a playoff team. I said that not making the 2016-17 CCL would've been a failure for the 2015 season as a whole, and while failure probably was a word I shouldn't have used, to say last season was disappointing is an understatement.

I don't regret setting the bar high last year, as I'm sure the Revolution set a similar bar for themselves. The only problem with building such a great core is that it's not getting any younger, so it would seem a waste to take another year to take just another small positive step unless the front office has something up their sleeves for the summer.

@phswimmer @JCatanese43 But what's the end game? A decent season, or a title? This young, talented core won't stay together forever.

Check out that full thread with Brian O'Connell, myself, and others, though it branches off a few times but it's a wonderful microcosm of the Revs right now. We know they're good, but we just don't know just how good they can be in an Eastern Conference that is far better than it was two years ago when the Revs were an MLS Cup finalist.

But right now, much as it pains me to pick a neutral, down-of-the-middle, lame answer for the Revs in 2016, I think it's the most accurate. The Revs will make a positive step forward in 2016. Or rather, several small positive steps. I think they'll make a deeper US Open Cup run, finish higher than 5th in the East and make it to the Conference Semifinals; all improvements from 2015.

Beyond that, as always we need to see if Toronto FC is legit and can survive their annual season-starting road trip. Didier Drogba won't be playing on turf for Montreal to begin the season. East stalwarts Red Bulls and Crew SC should be just as solid as in previous years.

But can the Revs compete with this group? Absolutely. It just a matter of how far they can go.