Five Revolution Storylines To Watch For In 2016

What are some of the subtle storylines that could define the 2016 season?

Share All sharing options for: Five Revolution Storylines To Watch For In 2016

The New England Revolution 2016 season is rapidly nearing, and the plot will only thicken over the next 10 months or so.

Jay Heaps' team will embark on a journey towards MLS Cup, the Supporters Shield and U.S. Open Cup, with storylines supplementing each stop along the way. While those elements stand out, what are some of the more subtle threads Revs fans should keep an eye on?

The Bent Musket has a few in mind, and nearly a half dozen staff members weighed in. Check out their thoughts after the jump.

USMNT Drawn Into "Group of Death" for Copa 2016 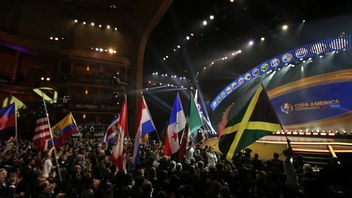 This summer's Copa America draw was not kind to the USA, as they'll face Colombia, Costa Rica and Paraguay in the group stage of Group A.

The upcoming summer is jam-packed with U.S. National Team fixtures, and Lee Nguyen figures to play a decisive role for Jurgen Klinsmann's side. The midfield maestro was the undisputed "winner" of Klinsmann's January camp, with a strong showing against Iceland serving as the highlight.

Should Nguyen depart for COPA America Centenario or World Cup qualifiers, the Revs would be dealt a sizable hole in midfield. Nguyen's creativity, dribbling and deceptive defensive tracking are all difficult to replace. Who would step into that void and could they mirror Nguyen's production? Kelyn Rowe possibly? Maybe Diego Fagudenz? It's tough to tell.

2.) Seth: The X-factor known as Sambinha

Three years ago the Revolution completed a loan deal with FC Sion that brought Jose Goncalves to New England. The move was an undeniable success as the Portuguese defender became a regular in the starting lineup and frequently donned the captain's armband. Could Sambinha, who's on loan from Sporting CP, find similar success? The Revs certainly hope so.

Sambinha's daunting size and detailed resume are indicators that he should do well in MLS. That said, he won't be handed a starting position as he's currently behind the incumbent duo of Goncalves and Andrew Farrell. If Sambhina impresses, more options would open up for the Revolution coaching staff. For example, Farrell could return to right back or Goncalves might be viewed as expendable by the end of the year.

The Revs have historically underwhelmed in June and July, amassing a forgettable 3-13-1 record over the past two seasons. During that span, the club hasn't' simply been outplayedâit's been battered and bruised to the point where we've questioned Jay Heaps' future in New England.

Last season, when the Revs lost seven of 10 June/July matches, the club finished just three points out of second place in the Eastern Conference; missing out on precious mid-summer points could have meant the difference between an away knockout-round match and a home semifinal series.

Sadly, the 2016 calendar doesn't favor a summer resurgence, as the Revs visit Vancouver, D.C. and Montreal (June 18 to July 2) before hosting Columbus (July 9). Jay Heaps must find a way to rally his troops if the Revs want to avoid another summer meltdown (and more importantly, host a second-round playoff match). 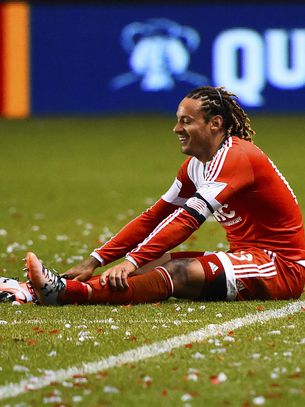 Jake Catanese takes a look at why it makes a lot of financial sense to make a compromise to bring back the Revs star DP midfielder.

Last year the Revolution's USOC run was a disaster. A home game against USL side Charlotte Independence, in the aptly named Declaration Derby, ended up in a 1-0 loss for the Revs on a wonder goal in the second half. The Revs trotted out a reserve lineup that featured Donnie Smith at center back, which should remind everyone just how bad the defensive depth was for the squad last year.

This season, a cup run could do wonders for an organization that last year I pegged as a CCL quality team before the Jones injuries. The Revolution seemed to have solved their defensive woes this offseason, and being able to trot out veterans like Jeb Brovsky (assuming he signs with the team), Darrius Barnes and Daigo Kobayashi in a reserve lineup should inspire more confidence to a lineup that last year was stagnant against USL competition.

Or you know, the Revs could take the USOC seriously and play some or all of their starters...

5.) Jake Perelmuter: The never-ending hunt for a soccer-specific stadium

With the preseason in full swing, much of Revolution supporters' attention has turned to positional battles, potential lineups, and new additions. This shift of attention likely relieves club owner Robert Kraft and club President Brian Bilello who have been the targets of Revs' fans' displeasure regarding the search for a soccer-specific stadium.

The ongoing hunt for a soccer-specific stadium seems like it will never come to an end. 14 out of the 20 MLS teams currently play in a soccer-specific stadium, with a 15th in the process of being built. In addition, two of the three confirmed future expansion teams have plans for stadiums of their own. The Revs have occupied Gillette Stadium since its inception, but it is just short of depressing seeing our hometown club playing in what seems like an empty stadium, despite averaging almost 20,000 filled seats per game. Not only will a stadium for Revs fans to call home increase pride, but an urban location within Boston would undoubtedly increase attendance numbers as well.

For years now, Kraft has expressed interest in building a stadium for the Revolution at a location on Frontage Road in South Boston. The most recent strides taken towards building a stadium were taken last summer, when documents given by Kraft to the Massachusetts Department of Transportation were released outlining a potential train stop to accommodate it.

We can only hope Kraft and Bilello get a move on these plans and can start building as soon as possible.

Special thanks to Jake Perelmuter for making his first official contribution to The Bent Musket. We look forward to seeing regular content from him in the near future.

Is there one thought that sticks out to you? Feel free to share your thoughts below and vote in the poll!