The Revolution are known for making solid player transactions with a variety of MLS mechanisms. But are they really about to lose their best Designated Player in team history for nothing?

Share All sharing options for: Making Sense Of This Jermaine Jones Business

I know there's a vocal sect of the New England Revolution social media that can be fairly negative about every move the Revolution make.

Last year, this made a lot of sense, mostly because the Revs didn't make any significant moves to replace defenders AJ Soares and Stephen McCarthy. When Darrius Barnes went down with an injury for most of the year, the depth on the backline was questioned and rightly so.

However, we don't give the Revs front office enough credit for the excellent smaller moves they pull off on a regular basis. Signing Xavier Kouassi to a pre-contract as a Designated Player on a free transfer is smart business, despite the fact Kouassi will likely miss all of 2016 with a torn ACL he suffered with FC Sion. Pulling off a trade for Gershon Koffie without giving up another player on the roster, instead using all forms of allocation monies, is a good value and addresses an immediate need for the Revs. Drafting Jordan McCrary should be on this list as well despite the fact none of these players have played a minute in MLS for the Revs yet. 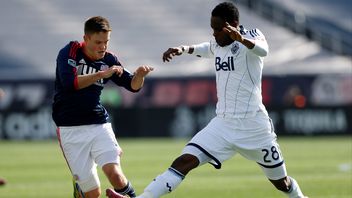 The Revs bolstered their midfield again, this time acquiring Gershon Koffie from the Whitecaps for allocation money and TAM.

Kouassi is a viable long-term option for the Revs that will provide leadership and an aggressive skill set from a player entering his prime and has Europa League experience as the captain of FC Sion in Switzerland. In his absence in 2016, the Revs went for a short-term option in Koffie, whose contract is reportedly set to expire at the end of the year and a player who really wants to test Europe, as our friends at Eighty Six Forever detailed. The Revs made two good deals under very different circumstances, and both hopefully will have a positive impact for the club this year and in the future.

The Revolution have used various types of MLS mechanisms to build a fantastic team in the Jay Heaps era, a full rebuild that has seen three playoff appearances and an MLS Cup Final. Getting Lee Nguyen off waivers, trading for Juan Agudelo, Teal Bunbury and even Daigo Kobayashi and Brad Knighton are all moves that improved this roster. If there was one thing the team lacked, it was a big name DP and many felt perhaps a big-name striker was what would get the team over the hump.

The Revolution have had an interesting list of Designated Players in their history, usually signing younger players to cheap salary contracts and having the transfer fee push the cap number into DP territory. Milton Caraglio and Jerry Bengtson weren't bad signings, but they failed to live up to the DP tag that is usually reserved for expensive, impact signings.

Sharlie Joseph did sign a DP contract with the Revs, and Taylor Twellman probably should've been a DP if he wasn't forced into retirement because of concussions. The Revolution had never pursued a proverbial "big-name" DP in the short history of the rule.

Which is why it was a pleasant surprise the Revs pushed hard for Jermaine Jones in the summer of 2014, acquiring the United States World Cup hero via the first (and likely only) blind draw in MLS history. This was the move that put them over the top and back into the MLS Cup, despite losing to the LA Galaxy. And right now, the Revs are seemingly in the same spot: they've built a strong roster across the board, but are they short that one player to get them over the top?

I don't know if Jermaine Jones is that player this year. That's not for me to decide, and I've been in the re-sign Jones camp from Day 1, even with his six-game suspension. Now, do I care for Jones' antics in social media as he publicly negotiates for a new contract with New England? Not really, but that's his personality and you have to take the good with the bad.

Jones is always going to try his hardest on the field, even when he's not at his best and he isn't afraid to show his emotions or mix it up. And yes, that can get him in trouble as we saw in the playoff game against DC United. But the problem I have with the Revs indecision or lack of compromise with Jones on a new contract doesn't even have to do with Jones as a player.

The Revolution have been a resurgent team under the current front office, and attendance is higher than it was during the peak years of the Nicol era. The Revs averaged 19,626 fans last season, that's up about 33% from the 14,861 average in 2013. 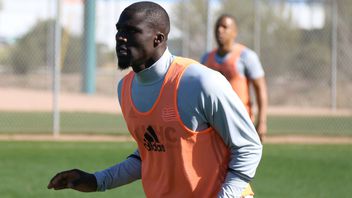 Now, how much of this increase do we contribute to Jermaine Jones? Surely the Revs were improving but adding a USMNT international coming off a stellar World Cup campaign is going to give you a huge boost financially. Some inexact math says that the extra 5,000 fans on average, at $30 a ticket with 17 home games, equals an extra $2.55 million in the bank.

That's $2,550,000 for an MLS team on just tickets, not including merchandise, concessions and extra ad revenue (the Revs don't charge for parking at Gillette) a team can make on game day. So while Jones was making about $3 million in salary, I'd wager the Revs still came out on top during his tenure. And I suspect that Jones knows this as well.

There's no denying Jones' impact on and off the field for the Revs. Jones' 20-7-7 record with the club when he plays would equal a Supporter's Shield winning 67 points in 2015. Yes, this means that in Jones' 18 months with the club he did miss half a season due to injury and he's not getting any younger. Yes, Jones should lose something for his looming suspension if he re-signs, whether that means he's docked game checks or has to negotiate a lower overall salary number.

But he should still be a significant DP signing for the Revs right now, and maybe even next year. Jones wants to play in the 2018 World Cup and right now his best chance of doing that is signing in New England. The Revs likely want Jones' contract in a position to buy it down with TAM, but unless they're signing other DP caliber players or giving extensions to current players, I don't see why they'd need to do that this year. 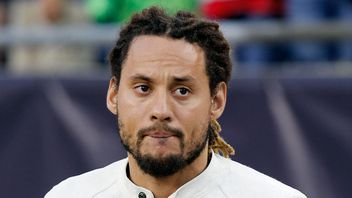 Jermaine Jones isn't afraid to speak his mind, and he's taken to social media again to discuss his contract offer from the Revs.

If there's not a way to give Jones a three year deal that is front loaded or scales down his salary over time then perhaps I gave the front office to much credit in the beginning. The Revs will only get full value for Jermaine Jones if he's playing with the team. They won't get anything close to equal value for his rights if they trade them to another team and won't get anything period if he signs with a club abroad. The Revolution and the Krafts make a lot of smart business decisions, but letting Jones leave the club likely won't be one of them.

Could the Revolution maintain their current attendance numbers? It's certainly possible, winning after all cures many ailments. But can they afford to lose their most marketable player for essentially nothing?

That doesn't mean the Revs should break the bank for Jones. I said back in December that $5 million over three years would be my offer to Jones, and I still think it's a fair one. Jones has said he wants years over money so adding on option years that are club friendly and in TAM range can only improve the value from the Revs' side.

I don't like to bring up the fact that Frank Lampard makes $6 million with NYCFC or Steven Gerrard makes $6.2 million with the LA Galaxy, and on the field I'd much rather have Jones and it has nothing to do with age. Jones was the exact type of player the Revs needed in 2014, and in acquiring like minded players in Kouassi and Koffie, the Revs still agree with the need for a ball-winning, aggressive, hard-nosed defensive midfielder. Jones' value and impact at half of Lampard and Gerrard's salary for the Revs is immense, both on and off the field.

Another possible "good business" scenario I'll mention is the possibility of selling Koffie during the summer, ideally after Copa America. The Whitecaps have a sell-on clause for Koffie, so they would get an unknown percentage of the sale, but that would still be good business for the Revs as Koffie could likely leave as a free agent at the end of the year.

Koffie's value to the Revs is in the early part of the season, when Jones is suspended and obviously could miss a few weeks with the USA during this summer's Copa America tournament. Selling Koffie midseason would then give the Revs a roster spot to add Kouassi if they felt he could contribute in 2016 or honoring the pre-contract they signed regardless of Xavier's status this year. The Revs could also recoup some of the money in Jones' salary by selling Koffie and it would likely cement Jones' status in the starting lineup going into the playoffs. Whether this will even be an option depends on a lot of factors, including signing Jones, but as I said earlier, the Revs tend to make solid decisions when it comes to their player signings.

What matters right now, on the eve of the Revolution's first game of the Desert Diamond Cup, is figuring out how to maximize Jones' value to the club while still paying Jones a healthy salary. Jones needs to be signed before the start of the Revs' MLS opener and him missing the bulk of preseason means little. He was with the US national team camp and he'll have six weeks of practice without any game action to keep himself ready while on suspension if the Revs do re-sign him.

Either way, there's almost zero ways the Revs can make a bad move in this scenario from an on-field or financial business sense except for one. Again, the front office has given themselves a lot of good options and right now, the only bad decision would be making no decision on Jones as First Kick approaches on the 2016 season. Jermaine Jones remains the only question mark going into 2016 in an offseason where the Revolution have seemingly done everything right off the field.

Since Jones signing abroad hasn't happened yet and he would still have his 6-game suspension to serve, I'm going to go out on a limb and assume he'll be playing in MLS this year. This puts the onus on the Revs to end this saga with either an improved contract offer or a trade.

And the smart business would be to re-sign Jones.