Three Options For the Revolution Until Kouassi Arrives

New Revs DP midfielder Xavier Kouassi could be the successor to Jermaine Jones, but what will the Revs do until he arrives later this summer?

Share All sharing options for: Three Options For the Revolution Until Kouassi Arrives

Earlier today, the New England Revolution announced the signing of midfielder Xavier Kouassi as a Designated Player on a pre-contract from Swiss club FC Sion. Kouassi will be added to the roster following the end of his current contract on June 30, 2016.

There's a lot to like about Kouassi. He seems to be the replacement for Jermaine Jones in the Revs starting lineup; a rangy, hard tackling, box-to-box midfielder that likes to get involved on the counter attack. The Revs brass praised his leadership qualities as the captain of Sion, and he certainly doesn't have a problem getting involved defensively.

Unless I'm reading his stats wrong, Kouassi's accumulated 26 cautions & 4 reds during his 2 yrs at Sion. #NERevs

I actually find this encouraging, even if Kouassi misses a game or two for yellow card accumulation during a full season. Provided Kouassi isn't recklessly diving into tackles every week, this is the defensive enforcer the team needs in the middle of the field. The Revs have solid depth at central midfield without Kouassi and they'll have to use that depth to get through the first half of the season.

Also, I rather prefer a signing like Kouassi, despite the fact he's a relative unknown than say, an aging Frank Lampard, Andrea Pirlo, Steven Gerrard or Ashley Cole. Kouassi, like Jermaine Jones, seems to be a gamer. That means he's someone who's going to play his hardest for all 90 minutes even when he's not at his personal best. And for the Revs to sign a player with Europa League experience in his prime, this could be a steal.

On the surface, this is a quality signing with good value as Kyle McCarthy explains over at FOX Soccer. But with Kouassi still in Europe for the first half of the season it does bring up one important question:

What do the Revolution do until July in the midfield? 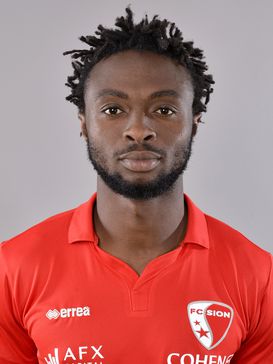 The mystery is over, the Revolution have announced the signing of Ivorian midfielder Xavier Kouassi to a DP deal, on a pre-contract from Swiss club FC Sion.

The first option would be to deploy Scott Caldwell as a lone holding midfielder. Rather than figure out who plays next to Caldwell, the Revs just put a more attack minded player in front of him. And there's a lot of possibilities here for Jay Heaps to consider.

The Revolution could adjust their base midfield to a 4-1-4-1, and play another central midfielder in front of Caldwell. This starting role would more than likely fall to Kelyn Rowe, a position he's played before with the Revolution. This wouldn't be as drastic a tactical shift, the Revs would still have a five-man midfield, but it would put more defensive emphasis directly on Caldwell and the central midfielders to track back and help.

JUAN AND CHARLIE UP TOP

You could also see a two striker tandem of Juan Agudelo and Charlie Davies up top and the Revs move to a four man midfield unit. Lee Nguyen would still be the primary option in the middle, with Teal Bunbury, Kelyn Rowe and Diego Fagundez manning the flanks primarily.

I've never been a fan of a the diamond midfield, mostly for defensive reasons, but I think it would be worth a look here. Even a 4-1-3-2 setup would be adequate with the personnel the Revs have in certain situations.

This idea offers a lot of flexibility late in games, allowing Juan to shift out wide late in the game or subbing off a striker to bring on another midfielder to close out the game. The downside is, it could open up a lot of space in the midfield for opponents to take advantage of to create chances. Nguyen would likely have to spend a lot more time tracking back to help on defense, taking him away from the final third and what he does best.

If I had to guess, this is likely what Jay Heaps and the Revs will do. The base 4-2-3-1 formation largely works despite the rotating pieces on both attack and defense at times. And there's no shortage of players for the Revs to put next to Caldwell for the first half of the season until Kouassi arrives and his ready to play.

Daigo Kobayashi signed a new deal with the Revs, and he's the top candidate to be the placeholder for Kouassi in the starting lineup. Daigo brings an interesting flair to his game, and he's more than capable as a box-to-box player. Kobayashi perhaps doesn't bring the true defensive bite of a Jones or Kouassi, but for a the first half of the season, the balance he would bring to the midfield on both sides of the ball is more than enough to get the job done

After Daigo on the depth chart it is less clear at the moment. MLS veteran Jeb Brovsky is in camp as trialist and I like the idea of Brovsky as a holding mid though he mostly featured as a fullback with NYC FC last season. Steve Neumann led the league in substitute appearances two years ago as a rookie, playing in multiple roles in the midfield. Homegrown Zach Herivaux has yet to make his MLS debut but he's a central midfielder by trade that has played centerback for the Haiti U20s in CONCACAF competition.

No matter what the Jay Heaps and the Revolution decide to do in the short term, in the long term this roster feels far more complete than it did last season. The backline additions of Jordan McCrary and on loan defender Sambinha have shored up the depth on the defensive end as well. Combined with getting Darrius Barnes back from injury, the Revolution have no shortage of options on defense, midfield or attack.

Even though the Revs will have to wait until the summer to get Kouassi on the field, they'll be looking for the a similar spark that Jones gave them in 2014 en route to an MLS Cup Final appearance.