One Simply Does Not Badmouth Jermaine Jones' Family

Jermaine Jones and Felipe got into it after the Revs beat New York on Saturday night.

Share All sharing options for: One Simply Does Not Badmouth Jermaine Jones' Family

New England left Gillette Stadium on Saturday night with a crucial Eastern Conference win over the previously-undefeated New York Red Bulls, but the fireworks didn't end with the final whistle. Jermaine Jones was involved in a scuffle late with several players, resulting in both benches clearing and some shoving from both sides.

Jones appeared to take issue first with Brazilian midfielder Felipe, and later with New York's young Cameroonian prospect Anatole Abang. After the match, Jones confirmed that it was with Felipe that he first took issue.

Essentially, Jones gave Felipe the equivalent of yelling "scoreboard!" at your critics when you're winning. There's really no better response to smack talk when you're leading or you just won. 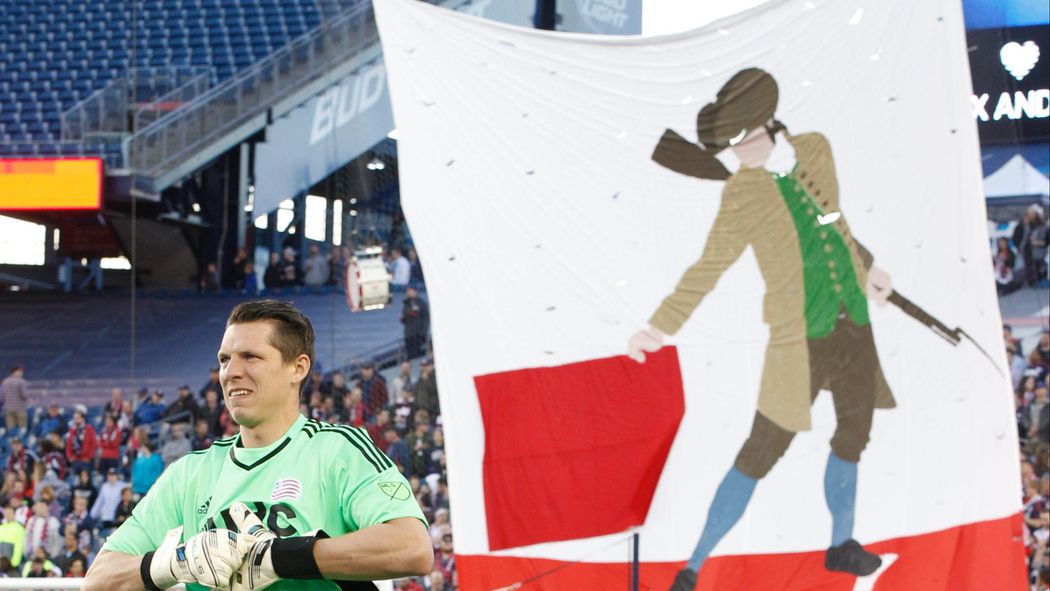 "Then he said something in his language, but the problem is that I have played with some people from that country, so I know some words," said Jones, likely referring to Felipe's native Portuguese. "I told him: ‘Don't do that. I love my kids, I love my wife, and that had nothing to do here on the pitch.'"

Jones, whose Instagram account is absolutely littered with photos of his wife and his children, clearly did not take it well, and things got pretty heated, necessitating the intervention of most of both squads.

@cbrown4747 Abang put his hands in Jermaine's face. JJ didn't like it! pic.twitter.com/itGN4zIbV1

Jones didn't have anything to say about Abang specifically, but things nearly erupted into a full-blown fistfight after the above encounter, and it took a long time for everyone to calm down.

"I don't know what happened," said Jay Heaps. "I was trying to have a conversation with [Sacha Kljestan] to get their guys back and get our guys back, and also tell him what a goal, I mean I thought his touch on that thing was unbelievable.

"I was trying to tell him that, and things were happening all around, and next thing you know it was a little bit chaotic. I don't know exactly what happened, but look, for me, that stuff used to always happen."

Heaps is well-versed in the Eastern Conference rivalries in MLS, and didn't seem concerned about the kerfluffle. The appreciation for testy rivalry games like this isn't lost on Jones, either.

"For me, I can talk from the first time that I played in New York already when me and McCarty got this whole thing, the tackling," he said. "So I know that there's a little bit of feeling. You can see it the same as in baseball with the Red Sox and the Yankees, so maybe we have that with New York Red Bull. On one point I say it's nice, you want those games. I like those games."

For Jones, though, it's all in the past, and on to the next one.

"After the game of course, both of us could have handled that differently, but it happened, but I let it go and wish him the best for the next game."