While the value of the Homegrown title has diminished throughout the league, it still means something in New England.

At a time when Homegrown signings have become the norm for many clubs, it might be easy to overlook Zach Herivaux joining the New England Revolution. The 19-year-old will likely need time to develop before he’s ready to make an impact, especially considering that he plays midfield, a position that currently has an abundance of options. Still, Herivaux’s signing is a significant one, even if the title of Homegrown has diminished in value throughout the league. 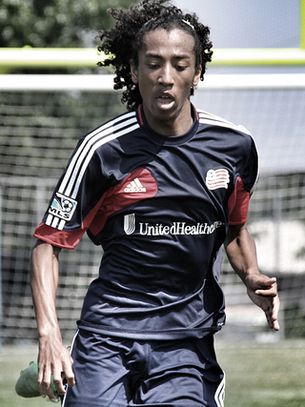 What does Providence College think of Herivaux going pro?

On Nov. 12, 2008, Tristan Bowen made history when he signed a contract with the LA Galaxy to become the first-ever Homegrown player in MLS history. In a lot of ways, Bowen has come to represent the common Homegrown product.

Signing as a 17-year-old, Bowen was a highly-touted forward that the club hoped would develop into a star. Head coach Bruce Arena stated that his staff had been monitoring Bowen for a while and they believed he "has many of the attributes which are required in order to become a good player in MLS."

The problem is that Bowen never reached the heights that were expected of him.

In his first season with the Galaxy, Bowen spent some time with the reserves but only played a singular minute for first team. The following year saw an increase in minutes as Bowen featured in 17 games, collecting two goals and two assists.

Bowen was then sent across the hall to Chivas USA in exchange for allocation money. A jersey switch didn't change much as he amassed two goals and four assists while making just 30 appearances over the next three seasons. He also spent the 2011-2012 European season on loan in Belgium at KSV Roeselare, finding minimal success with 24 league appearances and 3 goals.

Bowen was on the move again in 2014, landing with the Seattle Sounders. At 23 years old, Bowen played 60 minutes in Sounders green before having his option declined. While he would later be picked up by the Revolution in the Re-Entry Draft, he never signed and is currently without a team.

Bowen’s story is a familiar one as many players have linked up with their hometown clubs but ultimately failed to make a major influence.

A glance at FC Dallas’ past and present Homegrown players helps illuminate the benefits and drawbacks of the system. The team currently employs seven locals, including frequent contributors Kellyn Acosta and Victor Ulloa. Ulloa in particular has been a success story as he ranked fourth on the team in minutes played in 2014 with 2,365. This year, he has started all nine games, playing all but 70 minutes.

The success of Acosta, Ulloa and others doesn’t mask the fact that Dallas can be too loose in adding Homegrowns. In fact, the club leads MLS in Homegrown players that are no longer with the club with six.

The miscalculations in regards to Homegrown talent isn’t unique to Dallas. With the exception of newcomer New York City FC, every team has signed at least one Homegrown. Out of that lot, only Sporting KC (3 signings), the Revolution (3 signings), and San Jose Earthquakes (1 signing) have never made a cut.

The selective nature of these three clubs are motivated by several factors, including the strength of their academy setup and their individual interpretation of the Homegrown program. The Revolution’s use of the Homegrown initiative is especially interesting as the club got immediate contributions from their first two signings, Diego Fagundez and Scott Caldwell.

In 2013, MLS Insider took a look at the Revolution's excellent academy system.

The talent of Fagundez, who signed as a 15 year old, was seen immediately as he scored a goal and drew a penalty in his debut against Chivas USA in 2011. Fagundez continued to grow, becoming a regular starter in 2013 when he led the team with 13 goals. A bench player so far in 2015, Fagundez still makes regular appearances at the club level while harboring dreams to play for Uruguay at U-20 World Cup.

Caldwell has also left his mark on the Revolution. Contributing 2,174 minutes over 29 games during his rookie campaign in 2013, Caldwell might actually be experiencing his breakout season now. The Akron product has played in all nine games so far, offering one goal and two assists. The play of Caldwell is highly regarded by his teammates, including Jermaine Jones, who stated that he hopes Caldwell represent the Stars and Stripes someday.

The selective nature of the Revolution is purposeful. Although Homegrown signings aren't subject to the same roster rules as other players, the Revs organization only wants to add players that they know will contribute.

Fabio Machado serves as proof of this mindset as the local product wasn't offered a Homegrown contract despite spending time with the academy. Machado, who spent four years at Providence College, went undrafted this year and failed to catch on with the Rochester Rhinos during a trial stint. The Revs could have extended a Homegrown contract to Machado, but they ultimately didn't see him in their plans.

With this in mind, it’s clear that the Revs see potential in Herivaux. This doesn't mean that he will contribute immediately. Keep in mind that he’s likely competing for time in a crowded midfield, and even Diego Fagundez went a whole year before making his first league appearance (he signed his contract near the end of the 2010 season). The daily reps, however, will serve him well as he looks to learn from experienced veterans like Jones and Andy Dorman, as well as Caldwell, a fellow Homegrown.

The Herivaux press release looks like all others with quotes that express excitement and hope. The fact that it’s coming from the choosy Revolution, however, puts more weight behind the words.