2015 Offseason Report: What Are the Revolution's Greatest Needs?

Before opening kick 2016, the Revolution must add players at these three positions.

Share All sharing options for: 2015 Offseason Report: What Are the Revolution's Greatest Needs?

The Revolution made a handful of roster moves last week, exercising options on 14 players while bypassing options on five others. Ahead of the official start to the 2015 offseason, we list the top three positions on the club's shopping list—and offer a few solutions for filling the void.

The holding spot has always served as a focal point for Jay Heaps. And now, with Jermaine Jones' future in question, the club will need to focus its attention on the position once again. Will Heaps deploy Scott Caldwell in a 4-1-4-1? Will he acquire a second holding midfielder to partner with Caldwell, who has undeniably looked more efficient with a midfield partner? Or will he turn to 32-year-old Kobayashi or 19-year-old Herivaux?

Regardless, the team desperately needs to add a powerful box-to-box midfielder who can clog the middle of the field, spur the attack and support the Revolution back four. Newcastle United midfielder Cheick Tioté, according to the British press, represents one potential solution. Will Johnson and Osvaldo Alonso, currently with Portland and Seattle, respectively, represent two more. Even if neither of these three players join the club, expect Heaps and GM Mike Burns to spend much of their offseason energy searching for a talented D-Mid.

Changes: Did not exercise options on Kevin Alston, Jeremy Hall 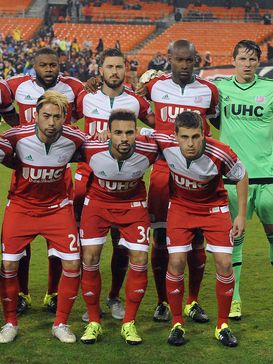 Alston, Hall and Woodberry all showed flashes of brilliance in 2015. Yet none of the three captured a long-term starting spot—and none of the three proved worthy of securing a starting spot in 2016. Alston and Hall did not have their contracts exercised at season's end, leaving Woodberry and veteran Barnes as the only right backs (aside from Farrell) on Heaps' current roster.

So, what's the problem? Woodberry tailed off in the fall, turning in a series of sloppy matches before handing his job over to Hall. He showed tremendous growth, but needs to play more consistent soccer to earn week-in, week-out starts. Barnes, now in his seventh season with the club, will rejoin the Revolution fresh off major knee surgery. Both players would serve as a luxury off the bench for Heaps, but neither player should represent plan A for the Revolution gaffer.

This offseason, look for the Revolution to target an outside back who can immediately take on a starting role. Because the 2016 draft class lacks elite talent at the right back position, Heaps will likely look elsewhere to address this need. Regardless, acquiring a right back will enable versatile defenders Woodberry (RB, LB) and Barnes (RB, CB, LB) to provide depth where needed most.

A void at center back plagued the Revolution for much of the 2015 season. With virtually no depth at the position, the club forced Jermaine Jones into a defensive role when Farrell or Goncalves missed time due to suspension or injury. The team even thrust Woodberry into an unnatural center back spot (July 4 vs. FC Dallas) to account for the absence of Farrell.

If the Revolution want to advance to the next level in 2016, the team must add at least one capable center back. The draft is rife with talent at the position—Joshua Yaro (Georgetown), Jonathan Campbell (North Carolina) and Brandon Vincent (Stanford) highlight the class—so Heaps could wait until January to address the need. LA Galaxy and USMNT veteran Omar Gonzalez could present another option, if he hits the open market this winter. Acquiring Gonzalez would allow Heaps to slot Farrell back into the right back position or replace Goncalves, should the Portuguese defender leave town.

At this point, the possibilities for bringing in a next level (or future next level) center back seem endless; the Revolution Front Office just needs to pay up.