Share All sharing options for: The Midnight Ride Podcast

Episode 126 - The Midnight Ride vs Sporks!

In this episode, Hank and Matty talk with New England Revolution Defender/Midfielder Chris Tierney about his recent contract extension, his career path, and what the major differences with the squad under the watchful eye of Coach Heaps. We also ask him what his intro music would be and get his opinion on the upcoming game against Sporks! this saturday night. Also discussed on the show: the let down vs Toronto, transfer rumors, Juan Agudelo sticking around for the fall and the departure of Kalifa Cisse. 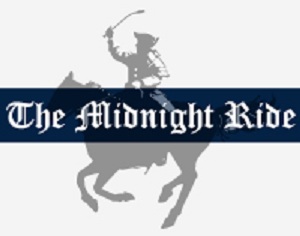 The Midnight Ride Podcast is the premier New England Revolution podcast!
Hank Alexandre leads a revolving cast of reporters, pundits, and fans as they present an honest - if biased - assessment of the Revolution, taking a fan's perspective on the highs, lows, and Joseph Niouky's of following New England's team.
Click to listen to the latest episode!
The Midnight Ride is also available on:
iTunes
Stitcher Radio
The Midnight Ride Blog
Talk to The Midnight Ride!
Send an e-mail: pod@themidnightride.us