The USA squares off against Belize from Jeld-Wen Field in Portland, OR to start their run at the 2013 Gold Cup. Can the US squad avoid a similar start to their Guatemala friendly against the upstart Belize team or will they resemble the team that scored five goals in forty-five minutes?

The United States begins their quest for the 2013 Gold Cup when they take on Belize from Jeld-Wen Field in Portland, OR.

While Belize is just making their first appearance in the modern edition of the Gold Cup, their first ever match will be against the hosts and 4-time champions the United States, certainly a tall task for a team consisting of mainly amateurs.

After seeing the USA's 6-0 dismantling of Guatemala just a few days ago, certainly Belize is over matched on paper. But as we've seen from Martinique, another unknown team but with more professional experience, there are no certainties in the Gold Cup. 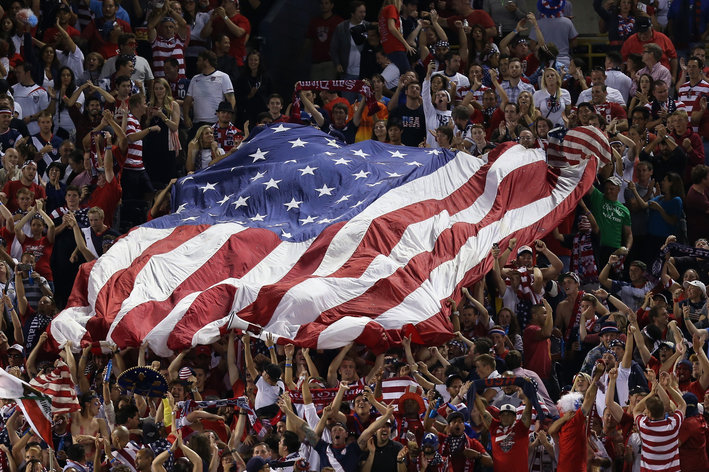 A look at Group C, the third and final in the Gold Cup, featuring Belize, Cuba, Costa Rica, and of course the USA.

Despite the final scoreline, the USA struggled in the early stages against Guatemala and didn't score until late in the first half. They piled on in the second half after head coach Jurgen Klinsmann made a tactical switch and pushed Landon Donovan from the midfield to a true second striker next to Herculez Gomez. Abandoning his usual 4-2-3-1, Klinsmann switched to a true 4-4-2 at half time against Guatemala, bringing on central midfielders Stuart Holden and Mix Diskerud to bolster the attack.

Another player who shined against Guatemala was Brek Shea, who was originally scheduled to return to Stoke City but was added to the roster when Josh Gatt was ruled out with an injury. A strong performance at the left midfield spot, a position that has been in flux for the senior team, during the Gold Cup could give Shea an opportunity to make an impact in the remaining World Cup qualifiers in September and October.

It will be interesting to see what formation and lineup Klinsmann opts for to start the Gold Cup. Does he try and stick with his preferred 4-2-3-1 that faired so poorly in the first half against Guatemala? A better defensive midfield partner for Kyle Beckerman would certainly help, or bringing Beckerman on to close out games in a Revs-style 4-1-4-1 with Beckerman the lone defensive mid. Certainly deploying Landon Donovan and Herculez Gomez up top provided immediate dividends against Guatemala, and Donovan's versatility would make it easy to switch tactics later in the game.

The two early games will be an opportunity for the backline to gel with starting keeper Nick Rimando. The communication breakdowns against Guatemala when Rimando came off his line were the only glaring issue for the United States from that friendly, something that should be eliminated by the time the USA plays Costa Rica in East Hartford next week.

Certainly Belize doesn't want to say that they're just happy to be at the Gold Cup. They're certainly here to compete, but being thrown into the figurative fire against the USA and Costa Rica right off the bat unfortunately means that we're probably about to see why Belize has only just qualified for its first Gold Cup this year.

But for the USA, the opportunity to get two matches against seeming weaker competition before their big game against Costa Rica is probably the way they would have scripted the tournament if they had a choice and it might allow Klinsmann to get a look at everyone on the roster as well, not just the projected starters.

We'll have lineups and a game thread posted for the 11:00 PM kickoff from Portland Oregon.