Despite a largely unknown playing squad and coach, Brendan Doherty has managed to put together the likely starters for Cuba in the 2013 Gold Cup.

Cuba recently won its first ever Caribbean Cup in 2012 under the guidance of head coach Walter Benítez. However, the squad brought to the Gold Cup will be missing two of its regulars from that tournament: Marcel Hernández and Carlos Francisco.

Cuba is in Group C along with Costa Rica, the United States, and Belize. This is Belize's first appearance at a senior international tournament, and as such Cuba will fancy their chances against the tiny Central American nation. Against the bigger teams, expect Cuba to bunker more and look to steal chances on quick counter attacks.

Cuba is likely to run out in a 4-5-1 formation that showcases powerful wingers and the build-up play of their center forward. This lineup propelled Cuba to victory after victory in the 2012 Caribbean Cup. 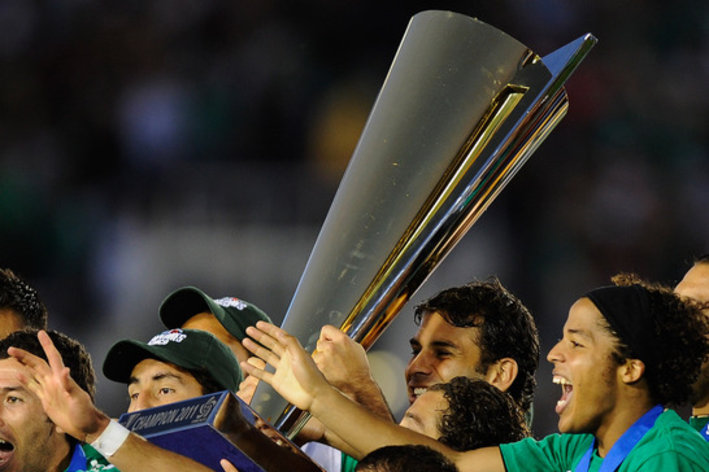 The one-stop shop for all of the previews, recaps, and analysis of the 2013 CONCACAF Gold Cup, here on The Bent Musket.

Veteran goalkeeper Odelín Molina will start in goal behind a strong central defense pairing of Jorge Luis Clavelo and Renay Malblanche. Malblanche started in last year's Caribbean Cup, and at just 22 years old will revel in the chance to gain international experience. Cuba's starting fullbacks will be Aliannis Urgellés and Yoel Colomé. The two played most of the Caribbean Cup while Jorge Luis Corrales is a younger option in place of the 30-year old Colomé.

Alexei Zuásnabar will likely start up top alone in Cuba's three group stage matches in the Gold Cup. He featured in the Caribbean Cup and is the only player of the three out and out strikers on the roster with international experience. Zuásnabar's support from midfield will be crucial if Cuba is to find any success in this tournament.

Ariel Martínez and Alberto Gómez will be dangerous getting forward from midfield positions as they did against Caribbean competitors last year. The anchor of the midfield for Cuba will be veteran captain Yenier Márquez, who leads all outfield players in appearances for the national team. Jaime Colomé will likely join Márquez in the midfield as a defensive minded player.

Against stronger teams like Costa Rica and the United States, Cuba will likely play two central midfielders deep with one in front of them. That third central player could be any number of players as Cuba played much more attacking style in the recent Caribbean Cup than they will in the Gold Cup. Armando Coroneaux may end up being the midfielder who looks to carry the play forward for Cuba.

Dairon Blanco and Liván Pérez are options off the bench in the second half with their speed down the flanks. Miguel Ángel Sánchez and Jesús Rodríguez may prove important as substitutes because of their versatility in playing multiple positions.

However head coach Walter Benítez chooses to line his team up, Cuba's chances in this Gold Cup look dim. Hopefully the Cuban team will still be as entertaining to watch as their recent youth squads have been.