The quarterfinals of the Gold Cup are set to begin and the TBM staff will take their best shot at guessing the results, which surely means that you should go against everything said below.

There first day of quarterfinal action is upon us, and here at TBM, there's nothing we love more than trying to prove were smart, or making fun of people when they're wrong. And what better way to do that than by predicting the results of the knockout stages of the Gold Cup. What could possibly go wrong? 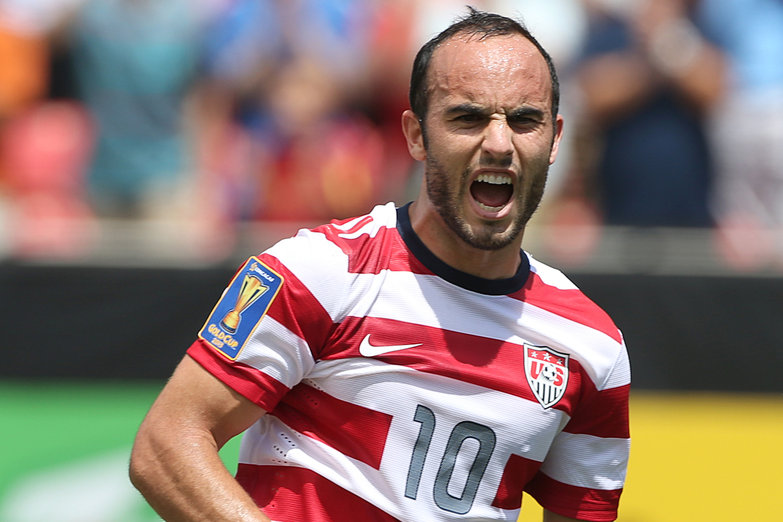 With the quarterfinals about to start, Jake rated the Group Stage performers based on their relative strength.

Can the upstart Cubans maintain their form against the stout Panamanian defense? Ariel Martinez's hat trick helped Cuba into the quarters, but that was against a Belize squad that finished the game with 10 men. Panama's only conceded one goal in this tournament, but two of their three goals have come from the penalty spot.

JAKE: Panama 2, Cuba 1 - I am actually looking forward to this game, because I think it's going to be solid game. Cuba has been able to compete in small stretches in this tournament, holding off Costa Rica for a half and scoring the opener against the USA. But I think Panama will find a way to win this game, and probably control it for a majority of the game.

STEVE: Panama 3, Cuba 1 - Cuba's played extremely well at times in this tournament, but there's no way I see them getting past Panama. The island nation might make something happen on the break, but La Marea Roja are just too strong.

Trinidad dominated their last match vs. 10-man Honduras to make the quarters, but that shouldn't be a fluke. T&T scored the most goals (4) in the group so the offense is clearly there. T&T also gave up the most goals (4), two each to El Salvador and Haiti. Mexico started off poorly, losing to Panama in their first game, but since they have scored five goals against Canada and Martinique.

JAKE: Mexico 3, T&T 2 (AET) - That's right, an extra time goal-fest. I don't think offense will be a problem for either of these teams, unless Trinidad decides to just not hit the target. In the end, I think Mexico will pull this one out, but they'll need two hours to do it.

STEVE: Mexico 1, T&T 0 (AET) - Mexico has been awful in this competition, but I don't think a quarterfinal exit is on the cards for them. T&T hasn't impressed me much yet, and I think even with a depleted El Tri, they'll need to be impressive to get the victory.

Think we've got it wrong? You should. Add your predictions in the comments section.