Brek Shea fired home late in the second half as the USA defeated Costa Rica to clinch Group C. Cuba needed a four goal win to make the quarters, and thanks to a goal on the final kick, Cuba scored their fourth against 10-man Belize.

For the better part of eight minutes, it seemed that the USA was going to settle for a goalless draw to clinch Group C. Not exactly the result Jurgen Klinsmann wanted in his "benchmark" game vs. Costa Rica.

In the 82nd minute, after a nice save by US keeper Sean Johnson (3 saves) following a corner and a scramble in the box, Landon Donovan ended up with the ball near midfield on the counte and Brek Shea ended up with almost the entire field in front of him. He might not have struck the best shot, but it went past Pemberton for the winning goal, and his first career international goal. 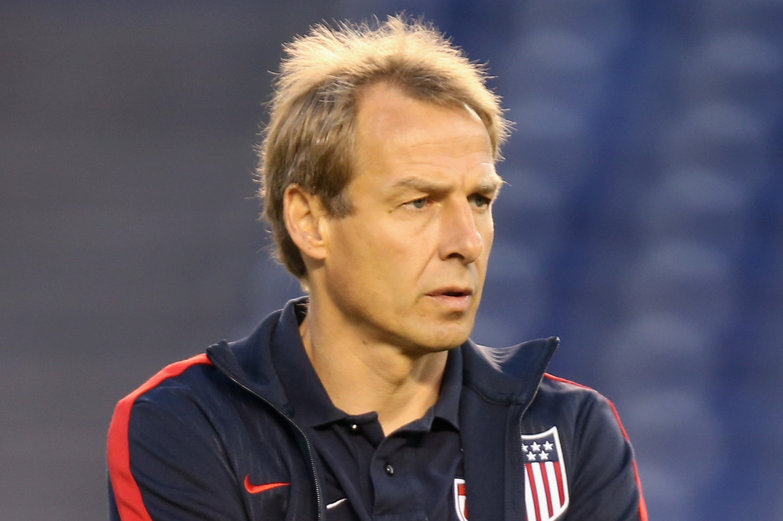 The United States can clinch the Group C title with a victory over Costa Rica this evening.

In the 55th minute, Costa Rica keeper Patrick Pemberton (3 saves) came off his line and collided with his own defender while attempting to clear a ball. Then, standing two yards outside the box, he parried a shot with his hands, drawing only a yellow card from the referee. Despite protests from the US bench for a red card, Pemberton stayed in the game and saved the ensuing free kick from Jose Torres and subsequent rebound from Donovan.

The USA would be forced to regroup and Klinsmann would go to his bench in the 77th, opting for Shea and Herculez Gomez to search for the winner. Just five minutes later, Shea would put his mark on the game, redeeming himself for a poor performance against Cuba.

Chris Wondolowski would not score, but still played well despite a lack of service. Stuart Holden went the full 90 minutes for the first time since returning to the national team from his injury spell. For the second straight game, Costa Rica failed to find the back of the net, an own goal against Belize gave them the win in their second game.

In the first game at Rentschler Field, Cuba and Belize would need a four-goal win in order to surpass Martinique on goal differential as a third place qualifier.

80 minutes in, Cuba led 2-0 thanks to a brace from Ariel Martinez who scored on either side of halftime. The game would change when Ian Gaynair was shown his second yellow card, leaving Cuba ten minutes and stoppage time to score two more times against 10-man Belize.

Martinez would complete the hat trick minutes later, firing past Belize's Woodrow West (11 saves) and Cuba had hope. Then, controversy struck as Cuba broke a high Belize defensive line and appeared to score their fourth, however the assistant referee flagged for offside. Then, deep into stoppage time, Martinez would send in a cross that would be headed down by Liban Perez to Yenier Marquez, who touched home the fourth goal. The problem was, Perez was in an offside position when he received the cross from Martinez.

Make up call or no, clearly the soccer gods favored Cuba on the day, who fired 39 shots, 15 on target as they pressured the Belize defense all day. Their four goal win would mean Martinique would be the odd third place team out, level on three points, but losing out on goals scored. It will be an ending to forget for Belize on the field

With the wins, the quarterfinal pairings were set. The USA will face El Salvador on Sunday in Baltimore followed by Honduras and Costa Rica. Cuba will head to Atlanta to face Panama on Saturday. The final quarterfinal also in Atlanta is Mexico vs. Trinidad and Tobago.