The United States cruised past Cuba in Gold Cup action on Saturday, winning 4-1 thanks to three second-half goals, two of which came from the hot scoring boots of Chris Wondolowski. The Yanks are in the quarterfinals with just one group match remaining.

The United States clinched a quarterfinal spot in the CONCACAF Gold Cup on Saturday afternoon with a 4-1 victory over Cuba at Rio Tinto. Chris Wondolowski continued his torrid scoring streak, while Landon Donovan and Joe Corona also provided goals.

The first half was an exercise in frustration and boredom. The USA had a super-majority of the possession, but it was Cuba who broke the deadlock through Jose Alfonso Ciprian after Edgar Castillo got torched on the left side. To be fair, no one on the back line acquitted themselves particularly well in that sequence, and that might be a cause for concern going forward against better teams in the tournament.

The Yanks responded quickly. Landon Donovan converted a penalty kick after Castillo was brought down in the area to level the scores at 1-1 just before the half, and then the second half belonged solely to the United States. Corona's goal was a mesmerizing strike off of a loose ball at the top of the box, and then Wondolowski came on as a substitute and just did what he does.

Wondo's two goals - an excellent flick from a Kyle Beckerman cross in the 66th minute and then a simple close-range finish in the 88th - give him a tournament-leading five in the last two matches, and six in his last three. Not bad for a guy who came into camp without a single international goal to his name despite several past opportunities.

Beckerman, while solid, continues to be something of a disappointment in the USA midfield. He stalls the attack fairly often, and while his defensive capabilities are obvious and appreciated in midfield, players like Stu Holden and Mix Diskerud do a far better job of driving the attack from the middle of the park. Holden started alongside Beckerman and looked solid, while Diskerud entered for him later and was key to everything the Nats did in the later going. 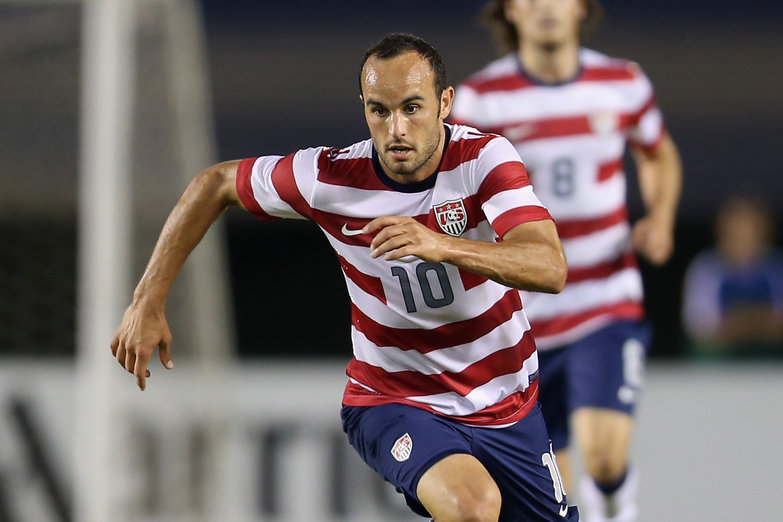 The Unted States will take on Cuba on Saturday afternoon in Sandy, Utah. A win will clinch them a quarterfinal spot in the Gold Cup tournament.

The States have their first serious test of the tournament coming up against Costa Rica on Tuesday, but in all honesty the game doesn't much matter. Both teams are through, so it has the potential to be either an exciting and offensive-minded match, or a slow and boring match where both teams play it safe and try not to lose or get anybody hurt. Difficult to say either way.

Belize and Cuba may each have a chance to qualify as third-placed teams if one of them beats the other on Tuesday, but it's still a long shot. Either way, everyone will be looking to Tuesday's games for the final drama of the Gold Cup group stage.