The United States is potentially one win away from the place in the quarterfinals. Can Jurgen Klinsmann and the USMNT continue their scoring ways against a Cuba team desperate for a win?

Coming off their 6-1 win over Belize in the opener, Jurgen Klinsmann and the United States Men's National Team will be poised to advance from Group C with a win over Cuba tonight from Rio Tinto Stadium in Sandy, UT.

For the second straight game, including the warm-up friendly against Guatemala, Jurgen Klinsmann opted to start Kyle Beckerman at defensive mid and insert Stuart Holden at halftime. This was also a switch to a more traditional 4-4-2 and abandoning the USA's preferred formations of 4-2-3-1 or 4-1-3-2 that started against Belize. Both times the USA looked more creative and dangerous going forward against an inferior team. 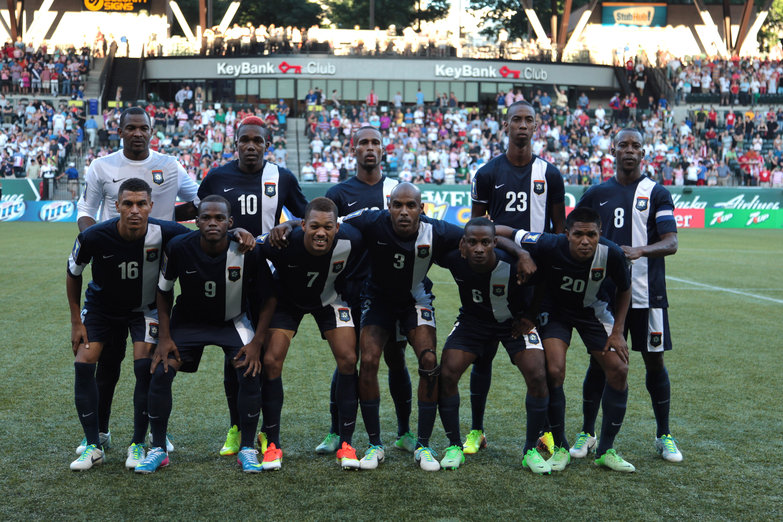 Three members of the Belizean National Team were offered money to throw a match, and in an excellent display of integrity, they refused.

With the USA seemingly the overwhelming favorite again before kickoff, it will be interesting to see if Klinsmann decides to start with the 4-4-2 that has performed so well in the past week at breaking down their bunkering opponents. Despite the fact that Kyle Beckerman is about to play in his home stadium (Real Salt Lake's Rio Tinto), I think he's better suited to come off the bench with this squad.

The attack takes too long to build up between the defense and midfield with Beckerman acting as the middle man between the two. With the USA usually dominating possession and usually maintaining a very high line defensively, having a defensive midfielder seems to play into the hands of the USA's opponent. The extra time it takes to get the ball from the defense, to the holding mid to the wing/forwards give too much time to the defense and allows them to organize. The central midfield pairing of Mix Diskerud and Stu Holden has been dominant for the USA in the second halves of both games so far.

With that being said, Cuba actually fared well against Costa Rica on the defensive end. The first goal Costa Rica scored was because a poor clearance and the third was a soft strike that curled in because I think Cuban goalkeeper Odelin Molina thought he had his post covered and also probably thought the ball was going wide. With Cuba's decent defensive display against a talented Costa Rican side, it seems all the more reason to use your attacking players from the start of the game if you're Jurgen Klinsmann and the USA.

According to CONCACAF, Cuba managed 14 shots, 3 on goal with only 32% of possession. Costa Rica also had 14 shots, 4 on frame, with the remaining 68% in possession. According to ESPN, Cuba had 18 shots, 3 on goal and Costa Rica had 15 total shots with 6 on goal. Either way, it shows Cuban players get forward quickly and have the potential to create chances out of very little. The target forward that started the other night, Yoandir Puga, is surprisingly good at bringing balls out of the air in stride which makes him a threat with Cuba's direct attacks with balls over the top. Despite the US record against the island nation in recent tournaments Klinsmann shouldn't sleep on Cuba. They have the skill and speed to capitalize on any potential opening and even a momentary mental lapse on the defensive side, like the marking on Belize's goal, could result in a goal for Cuba.

With that in mind, I would still expect the USA to start the game with a similar lineup that had success in the second halves vs. Guatemala and Belize. Playing a higher line defensively might give Cuba more space to go over the top, but it will also give the USA more room to recover and organize. Later in the game while defending a lead, the USA can afford to bring on Beckerman and other defensive minded players to shore up the backline, particularly in the air.

Rio Tinto Stadium should be rocking this afternoon as the USA looks to secure their berth into the knockout stages. A win against Cuba combined with a Costa Rican win over Belize would assure both Group C leaders a spot in the quarterfinals before the two teams meet in East Hartford, CT on July 16.