Belize lost to the USA 6-1 in their first ever Gold Cup match. But they've already won in a much bigger game on the world stage, and this game isn't played on the soccer field.

But this has everything to do with the actions of Gaynair and his teammates Woodrow West and Andres Makin Jr., who were approached by a gentleman offering money in exchange for fixing Belize's first group game against the United States. In an age where match-fixing scandals are rampant in the world - Italy, Nigeria and Asia just to name a few - three Belizean players on a team with only two full professionals on the roster did the only thing that came to their mind.

They said no. And they reported the incident to the Belize federation and CONCACAF.

The unnamed gentleman, who has been identified by the players in the initial investigation by CONCACAF, approached the players twice, once in Guatemala before the tournament and once in Portland, OR before Belize's match against the USA. According to the players, the man was offering money to "change our lives in Belize and help our families." 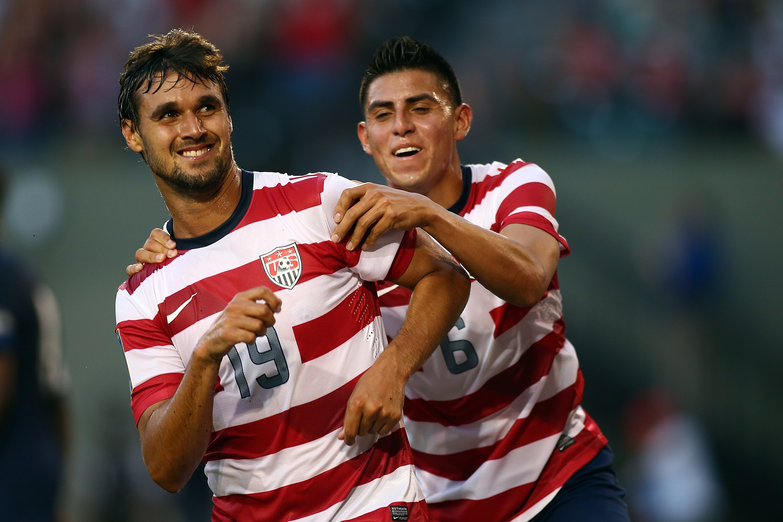 The United States took down Belize 6-1 and Costa Rica downed Cuba 3-0 in day one of Group C action.

But the reaction and quotes from the players about the event are beyond impressive. All three players have long quotes to 7 News Belize, who originated the story, about the incident. Citing their careers and national pride, the players refused the man's offer. As far as I can tell, this story has made it around the regular news sites, but I have seen little written to praise these players for their actions.

I would like to personally thank Ian Gaynair, Woodrow West and Andres Makin Jr., not only as a fan but as a member of a fellow CONCACAF nation. It is players like you that have the courage and strength to stand up to these individuals trying to ruin the world's game. It is players like you who represent your countries on and off the field that so often goes unnoticed and unappreciated. In a sport with so many dark, shady individuals who look to prey on others, you have taken a stand. Not just for yourselves, but for a country and a national team that I am proud to say is a member of CONCACAF.

And this was not an attempt to fix the USA-Belize game. The outcome of that game to these shadowy individuals meant very little in my opinion. Approaching Belize now at this tournament and paying them to lose games that they already have a disadvantage in means nothing in the short term. This was about the long term, being able to use players in Belize to fix games down the road. Early round World Cup qualifiers, friendly exhibitions against smaller countries, games that rarely make world headlines are usually the ones that are easier to fix.

And Belize, a country and a soccer federation so young and inexperienced on even the regional stage, let alone the world stage, have set a precedent that FIFA can only be proud of. In their first moments to show the world what they can do on the field, they instead have their best moment off the field.

Today, tiny Belize stands next to the world's giants in the fight against match-fixing. A country that until a few days ago had never played in their regional championship, now stands at the forefront of the ongoing battle that will likely never be won. But Belize, who might not win a game on the field in this Gold Cup, won a small battle off the field this week.

But that victory transcends anything Belize can do on the pitch. And for that, they should be praised.