All the team information, TV schedules and hidden gems we could find about all the teams in Group C. 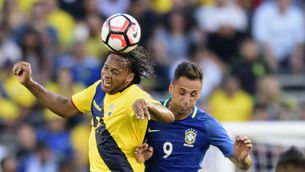 Peru started out their tournament with a win by surviving a stoppage time set piece while Ecuador felt robbed of a win when a goal was whistled dead for a ball out of play.

Player You Should Know - Wes Morgan, DEF, Leicester City (ENG) - Yes, that Wes Morgan who just captained the Foxes to an EPL title. While there's a lot of Jamaican players over in England, Morgan is the only one in the EPL, which is fine. This is a pretty talented roster that's accomplished a lot the last few years.

Player To Watch - Andre Blake, GK, Philadelphia Union (MLS) - While there are questions about the US goalkeeping situation, there are a lot of teams in CONCACAF that have keepers coming into their prime. Blake is a ridiculously good shot stopper already and at just 25 years old he could be Jamaica's top keeper for the next decade.

Last year Jamaica made their only previous Copa America appearance and they impressed a lot of people. Yes, they lost all three games 1-0 but to Argentina, Uruguay and Paraguay. Anyone expecting this to be another top heavy group with Mexico and Uruguay advancing should think twice. That doesn't mean the Reggae Boyz will advance, but they won't make it easy and they've played the two favorites in this group recently in competitive tournaments and could absolutely pull off an outright upset or sneak into the quarters on four points.

Player You Should Know - Javier "Chicharito" Hernandez, FOR, Bayer Leverkusen (GER) - Hernandez is just two goals away from surpassing Jared Borgetti as Mexico's all-time leading scorer. He's scored a ton of goals for his club team this season and while he hasn't regained his breakout 2010-11 form for El Tri, he's still one of the best strikers in CONCACAF.

Player To Watch - Miguel Layun, DEF, Porto (POR) - If fomer Univ. of Connecticut keeper Andre Blake wasn't a homer pick earlier, this one certainly is. Layun was a standout during Mexico's 2013 Gold Cup when he made his debut and the left back has been a mainstay on the roster ever since. He's played for Atalanta in Italy, Watford in England and now Porto in Portugal during his international career and at 27 he's probably entering his prime. Teams will have to keep an eye out as his crossing can be lethal coming out of the back.

If there's another team that can claim home-field advantage for this tournament, it's Mexico. They might not be hosting it but if history is any indication, the stands will be filled as fans flock to see the USA's main rival. If the United States thinks it can make the semifinals, there's no reason to think that Mexico can't do the same. With several of the CONEMBOL teams, including Uruguay, at less than full strength, El Tri sees a big opportunity to lift a trophy.

Player You Should Know - Maxi Pereria, DEF, Porto (POR) - That's right, the two Porto fullbacks will be going against each other in this tournament and it's going to be fun. The goal scorers for Uruguay might grab all the headlines, but don't forget about Pereria who has over 100 caps at the age of 31. 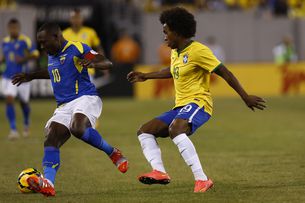 Don't miss out on all the information, TV schedules and tidbits we could find for Group B squads Brazil, Ecuador, Haiti and Peru.

Player To Watch - Edinson Cavani, FOR, Paris St-Germain (FRA) - You all thought I was going to mention Luis Suarez at some point right? Well he's out for the opener against Mexico at least so we'll focus on the other pretty good striker for La Celeste in Cavani. In three years at PSG the Uruguayan striker has never scored fewer than 25 goals in all competitions and netted 19 times in Ligue 1 this season. Even with Suarez missing the first game, Uruguay will still be a threat to score multiple goals.

Uruguay have to be considered one of the favorites of the tournament, though they might make the road through the knockout stages difficult if they don't win the group. The Group C runner up would likely face Argentina or at worst defending champion Chile in the quarterfinals so if Uruguay doesn't take care of business against their two CONCACAF opponents, then we could be seeing a potential final worthy matchup in the first knockout game.

Player You Should Know - Tomas Rincon, MID, Genoa (ITA) - Well, Venezuela's captain is a holding midfielder who plays in Serie A and he was voted "Adidas Best Player at Copa America" in 2011 when Venezuela had their best ever finish. I did not know either of these things until just now.

Player To Watch -Solomon Rondon, FOR, West Brom Albion (ENG) - Okay, now we're getting somewhere. Rondon had a total of 40 appearances in all comps for West Brom scoring 10 goals, including 9 goals in 34 EPL games. If there's any offense to be found for Venezuela in this tournament Rondon's more than likely going to be involved.

This is a country that has had virtually no success in Copa America at all, though in two of the last three tournaments in 2007 and 2011, they have made the knockout stages. Currently Venezuela are dead last in CONEMBOL World Cup qualifying and have just 2 wins internationally dating back to last summer's Copa America where they knocked of Colombia 1-0. It could be a long tournament for Venezuela, especially if they lose the opener to Jamaica.

GROUP SCHEDULE (All Times US Eastern)

Like previous groups, there appears to be two clear favorites but at least we have one legitimate spoiler in Jamiaca here to make things interesting. The first day of games will be key, because a Jamaica win to start the group would put added pressure on a losing side from the Mexico-Uruguay game. I don't see Jamaica advancing, but will have a role to play if the goal difference tiebreaker comes into play. Jamaica probably isn't getting blown out, so if Mexico and Uruguay tie, the team that faces Argentina could be the one that scored more against Jamaica.