Goals from Clint Dempsey and Gyasi Zardes gave the US enough of a cushion to survive a late Ecuador surge in the second half as each side finished with ten players.

For the first hour of the game, the United States seemed very well in control of their quarterfinal match with Ecuador.

Gyasi Zardes had just doubled the US lead 65th minute, but with both teams down to 10 men, Ecuador stormed back with a late flurry and a Michael Arroyo goal in the 74th as the Americans defeated Ecuador 2-1 at CenturyLink Field in Seattle to advance to the Copa America 2016 semifinals.

Clint Dempsey opened the scoring in the 22nd minute when Bobby Wood kept a US attack alive deep inside the Ecuador box. Wood found Jermaine Jones at the top of the box who sent in a chipped cross to Dempsey in the middle of the box to power home a header past Alexander Dominguez. 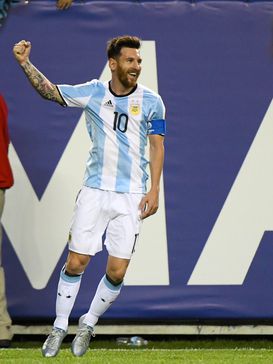 So the USA-Ecuador match might be over, but don't miss out knockout stage primer with all the TV info and matchups for the rest of the quarterfinals and beyond.

In the second half, minutes after the restart referee Wilmer Roldan would issue two red cards. First, Antonio Valencia was shown his second yellow for a foul on Alejandro Bedoya and in the ensuing fracas, Jermaine Jones was sent off for violent conduct for putting his hands to an opponent's face.

Both teams now playing with ten players meant more room to operate for everyone, and each side would add a goal after the red cards.

In the 65th minute, Wood fired in a cross that Zardes won in the penalty area. The ball fell to Dempsey who attacked the near post and sent a ball towards the back post through traffic. Despite the probability that Clint's shot was goal bound, Zardes took no chances and tapped it in near the goal line to ensure the US' 2-0 advantage.

But the final 15 minutes would dissolve into chaos after Michael Arroyo's blast put Ecuador back in the game in teh 74th minute. Following a set piece, Arroyo was left alone at the top of the box and he was able to power a shot past Guzan with the US defense out of sorts a bit.

Guzan would be credited with three saves, none bigger than at the end of the first half when a US giveaway at midfield led to an Ecuador counter attack and a knee save at the near post. The US will also lose Wood and Bedoya to yellow card accumulation suspension as they were both cautioned in the second half. Along with Jones, those are three starters the United States will be without next week against the winner of Argentina-Venezuela.

The United States will play the winner of the third quarterfinal on June 21st in Houston. The quarterfinals continue tomorrow with Peru and Colombia from MetLife Stadium in East Rutherford, NJ.