Jermaine Jones' hernia surgery will probably keep him out through First Kick, and perhaps even longer. The Revs have several options available to replace the dynamic midfielder, but all come with positives and drawbacks.

New England Revolution midfield engine and superstar Jermaine Jones underwent surgery for a sports hernia on Tuesday, and is expected to be out four-to-six weeks recovering from the procedure. Basic math and a rudimentary understanding of a calendar will show us that the earliest he is expected to be healthy would be March 10th. That's two days after the season opener in Seattle.

Thus, barring a Wolverine-esque burst of healing power, Jones will likely miss the first match of the season. He could feasibly miss all the way through the home opener against Montreal, too. With that in mind, it's time to start thinking about who replaces him for the first few weeks of the 2015 season. 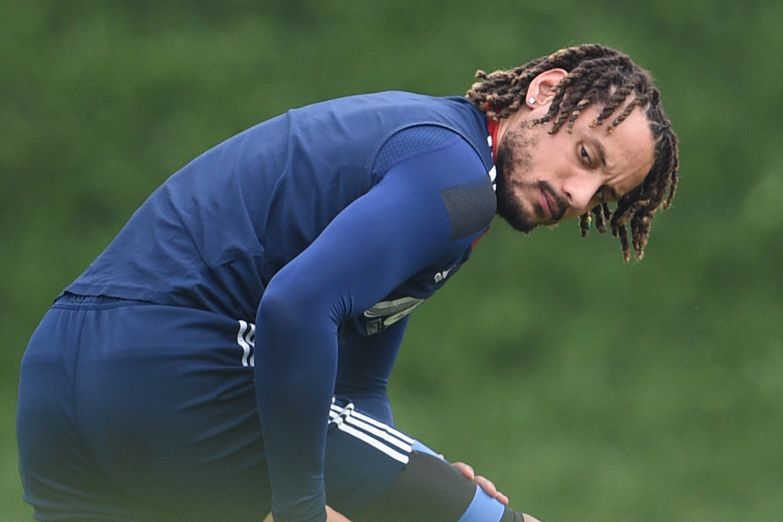 Jermaine Jones underwent successful hernia surgery and will be out 4-6 weeks in recovery.

In an effort to analyze all of the options, we did a staff-wide collaboration to analyze the most likely possibilities we could come up with.

PROS: If Jay Heaps is looking to keep his familiar 4-2-3-1, the easiest option is to slide Andy Dorman right into the starting lineup for the first few games. Dorman is a solid two-way player that isn't afraid to make tackles and he's a good passer. While you certainly have to give something up offensively without Jones, you probably won't lose too much defensively with Dorman taking some of the defensive pressure off Caldwell and in front of new and likely centerback pairing of Jose Goncalves and Andrew Farrell. It's a safe and sure bet as Dorman is smart and experienced and did start 15 games last year for New England.

CONS: You probably won't see those killer diagonal balls that Jones hits to the wings, and while Dorman's late runs into the box and distance shooting can cause problems for opposing defenses, it's not enough to make up for the constant threat Jones can be around the field. Dorman had some great offensive seasons in New England, but that was with his first stint with the Revs back in 2006-7 before he became a holding midfielder. Dorman is the more defensive option, which will put more pressure on the Revs other playmakers like Lee Nguyen and Charlie Davies to generate the attack without Jones.

Pros: While not as flashy as some of the other choices, Kobayashi does have the key characteristic you want in a stand-in, consistency. It's easy to forget that Kobayashi was the only Revs player to appear in all 34 regular season games. Whether he was a starter or a substitute, fans knew what to expect from the Japanese midfielder. He's a hard worker that will play both sides of the ball and can spring a dangerous pass at a moment's notice.

Cons: While certainly steady, Kobayashi isn't the type of player who will take over a game. Filling in for Jones, a player who contributes so much while covering significant ground, might be too tall of an order for Kobayashi. Furthermore, Kobayashi isn't exactly physical. The 5'1 player didn't commit single foul in his first two Revolution appearances, a 74-minute start and a 20-minute cameo.

PROS: If Jay Heaps opts to have the dynamic and skillful Kelyn Rowe fill in for Jermaine Jones, then there will immediately will be an influx of offense into the central midfield. Other teams will have to focus on the dynamic duo of Rowe and Lee Nguyen coming out of midfield, rather than just the latter. Also, Rowe has a penchant for finding a creative pass occasionally, much like Jones can. One thing Rowe definitely brings is a cannon of a shot from distance. He's good for 2-3 long range goals a year, and there he will find more space in the center of the park to wind up the howitzer.

CONS: While the pros lie all in the offensive portions of Rowe's game, the negatives undoubtedly lie in the Washington native's defensive abilities. Rowe has added more bite to his game recently, but he cannot rival the physical or defensive presence of Jones. Lacking in this part of the game, increased defensive responsibilities will fall on the shoulders of Scott Caldwell, especially as Rowe drifts upfield to support the forwards.

PROS: At this point, let's just say that Farrell is a potential solution to any Revs problem. The 22-year-old is expected to pair with Jose Goncalves at center back this year, but he could temporarily be pushed to DM to help ease the lose of Jones. This wouldn't be a new position for Farrell as he manned the spot while at Louisville University and during preseason last year. Farrell has grit and mobility to be effective in the midfield. He's also successful with the ball at his feet and can pick out smart passes.

CONS: You want to create stability along the back line and moving Farrell to the midfield, even for a short time, could be a step back in establishing chemistry. Farrell made 10 starts at center back last year, largely pairing with A.J. Soares. With Soares gone and a full-time move to center back in the cards, Farrell will need to adjust to a new position and partner. This, of course, requires reps.

PROS: This basically takes Jones' absence and fills it with a guy who is totally comfortable sitting in front of the back four. It frees Caldwell to move forward and link defense and attack without tying up Nguyen as a box-to-box player, keeping the form and function of the Revolution attack mostly the same. Hall is a player in his prime with extensive MLS experience under his belt, and at this point he's probably used to being a little bit of a Swiss army knife. In fact, he's made his bones as a one-size-fits-all versatility piece. This would be right up his alley.

CONS: For one, you aren't getting much here. Hall has historically gotten the majority of his playing time with bad teams, and they end up replacing him with upgrades more often than not. His best role at any club is probably as a versatile substitute, providing good cover at multiple positions. Unfortunately, that doesn't lead to him adding much when utilized. Furthermore, you still lose out on Jones' tireless engine and amazing range; neither Hall nor Caldwell will cover as much ground, and even when encouraged to push further up the pitch, Caldwell doesn't take the same offensive risks - or reap the same offensive rewards - that Jones does. The attack will become heavily reliant on wing and striker play to support Nguyen, and if that doesn't work, the game could get boring and ugly.

PROS: Without question, Neumann adds attacking flavor to the middle of the park. The versatile supersub has the vision and poise to thrive in virtually any midfield or forward role, making him the attacking-man's Andrew Farrell. Much like Jones, Neumann benefits from exceptional vision, a knack for threading creative passes, the ability to make late runs into the box and the ingenuity to take calculated risks moving forward. With Caldwell covering his backside, Neumann could wreak havoc for opposing back lines.

CONS: Though strong over the ball-and capable of tracking back with opposing forwards-Neumann lacks the physicality to carry out Jones' defensive responsibilities. As a result, he would likely enter the Starting XI with an attacking mindset, looking to create opportunities behind the Revs' front four. While I like the extra layer Neumann adds to the attack, I'm not comfortable isolating Caldwell as the club's tried-and-true defensive midfielder. Doing so would, in all likelihood, make the Revs vulnerable on the counter, with five of six midfielders looking to create rather than defend.