Revolution Will Sign Another Homegrown Player and Other Guesses: Five Bold Predictions for 2015

The 2015 pre-season starts in mere weeks. The Revolution have plenty of question marks...will they accomplish any of these things in the coming year?

Share All sharing options for: Revolution Will Sign Another Homegrown Player and Other Guesses: Five Bold Predictions for 2015

Hump Day is upon us, and Steve has his set of five bold predictions for the New England Revolution's 2015 season. Yesterday, Jake predicted Lee Nguyen would play in the Gold Cup Final, and on Tuesday, Seth predicted big things for Andrew Farrell.

New England is a club that has seen pretty wild success with its Homegrown signings to date. The academy is consistently ranked among the best in MLS, and that productivity should likely extend to this season. There are a number of players whose potential has been tracked for a while now, and also who have seen youth national team call-ups, such as Zachary Herivaux, Dominik and Fabio Machado, Amadu Kunateh, and others. Between Foxboro and Revolution Empire in New York, there's a fertile field out there. I'd bet that someone is going to get a contract offer in the 2015 calendar year, and someone is going to sign it, either straight from the academy or from a college program. 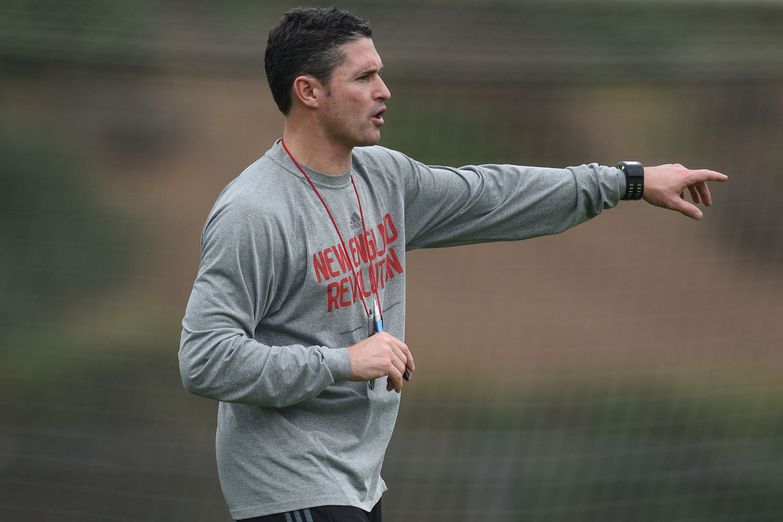 The Revolution have made few (confirmed) splashes this off-season. Under Jay Heaps, that's been pretty normal.

2. New England will reach at least the Open Cup Semi-Finals

With a strong starting core coming back to camp, the Revs are poised to have the kind of depth necessary to make a deep Cup run. Arguably, they should have done that well in 2014, but as long as they don't make any major offseason mistakes, 2015 should be the year that they have a real shot at winning the thing. The league will continue to be the focus, as always, but Jay Heaps should have the freedom and ability to field rotated squads that remain strong and competitive across all competitions. Hopefully, that will spur the Revs to some possible silverware.

3. Pundits will once again have reason to call for Heaps' axe and also for him to win Manager of the Year, all in the same season

Apart from young, fast-attacking teams with an American core, the other hallmarks of Jay Heaps' teams since becoming a head coach have been slow starts and summer slumps. By season's end, this usually creates a team with a good record and a great body of work, but over the course of the season itself, it makes for amazing highs and soul-crushing lows (re: a 5-game winning streak followed by a long, long losing streak). Jermaine Jones looks to be a stabilizing force, but he can't do it alone. Mental toughness has to come from the top, too, and while no one has ever even thought to question Heaps' personal mental toughness both as a player and a coach, it seems that his qualities in that regard don't always trickle down to his players.

A bolder prediction would be that the Revs buck that trend and stay relatively consistent all season. Jermaine Jones really did seem to make an enormous difference on the focus, maturity, and mental toughness of this Revolution squad, and with another year down for the young stars, that has the potential to improve dramatically. Also, taking into account any possible off-season moves and Heaps' own advances as a head coach, the Revs could be on the verge of breaking into that highest echelon of teams that you just expect to win every time they step on the pitch.

5. A final decision will be made on a Southie stadium at Frontage Road.

Notice that I was careful not to say that the stadium would be confirmed there. It may end up being something else entirely, and the Revs will once again be searching for a home. Or, the Revs may lock down a Somerville or Revere location (or elsewhere) thanks to the leverage and urgency that the South Boston location has granted them. That said, I'd feel pretty confident saying that, one way or another, we're going to know the fate of any stadium plans at Frontage Road within the 2015 calendar year.