Revolution's Fagundez Set to Start for Uruguay U-20s Against Venezuela

Diego Fagundez is expected to be in Fabio Coito's starting lineup against Venezuela tonight.

Share All sharing options for: Revolution's Fagundez Set to Start for Uruguay U-20s Against Venezuela

With passage to the final round of the South American Youth Championship assured, the Uruguay U-20s will reportedly make wholesale changes to their starting lineup for Friday’s group B finale against Venezuela. Among the 10 expected adjustments is the inclusion of Diego Fagundez.

Fagundez started in the team’s tournament opener, going 65 minutes against Colombia before being replaced by Facundo Castro. Days later, Castro got the nod against Brazil with Fagundez being an unused substitute. In Uruguay’s third game, Fagundez made a late cameo against Chile. 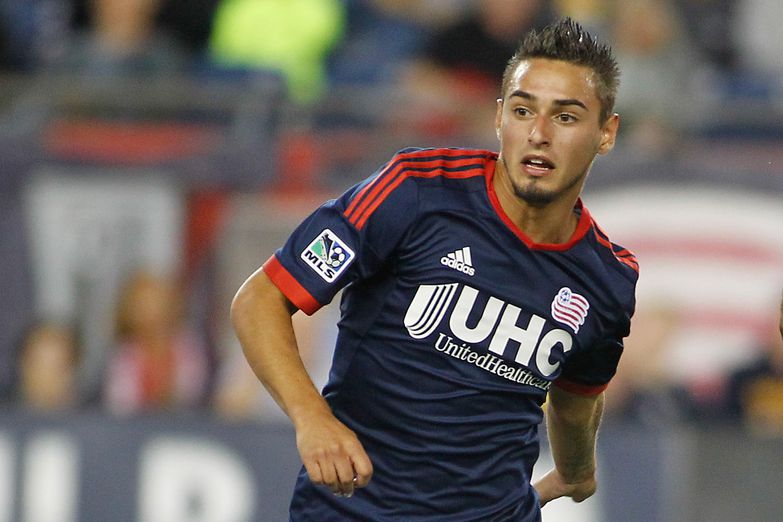 Diego Fagundez is reportedly being watched closely in Italy, especially by Serie A side Atalanta.

Friday’s game is a great opportunity for Fagundez to try to regain his starting position or at least make an argument for more minutes. The New England Revolution midfielder was sensational in the tournament warm-ups, scoring two goals and adding two assists.

Uruguay's Group B finale will likely have the eyes of scouts as they look to identify the next soccer superstar. Fagundez is reportedly being watched by several clubs in Italy.

Uruguay, who are hosting the tournament, are a perfect 3-0-0 with nine goals scored and one allowed. Venezuela sit at the bottom of Group B with three losses.