Zach Herivaux and Haiti fell to a draw with Cuba on Thursday night, dealing a near-debilitating blow to their hopes of qualifying for the playoff stage of the CONCACAF U-20 Championships.

Share All sharing options for: Zachary Herivaux Goes 90 Minutes in Haiti Draw with Cuba at CONCACAF U-20 Championships

Haiti suffered a major blow to their hopes of advancing out of the group stages of the CONCACAF U-20 Championships on Thursday night as a late equalizer doomed them to a 2-2 draw with group minnows Cuba in Montego Bay. New England Revolution academy prospect Zachary Herivaux started and went the full 90 minutes in the draw.

Cuba opened the scoring in the 28th minute when Roberney Caballero collected the rebound from an Eddy Luis Saname shot and buried it past Haiti goalkeeper Ramos Pointe Jour. Cuba took the lead into the half before Haiti rebounded. 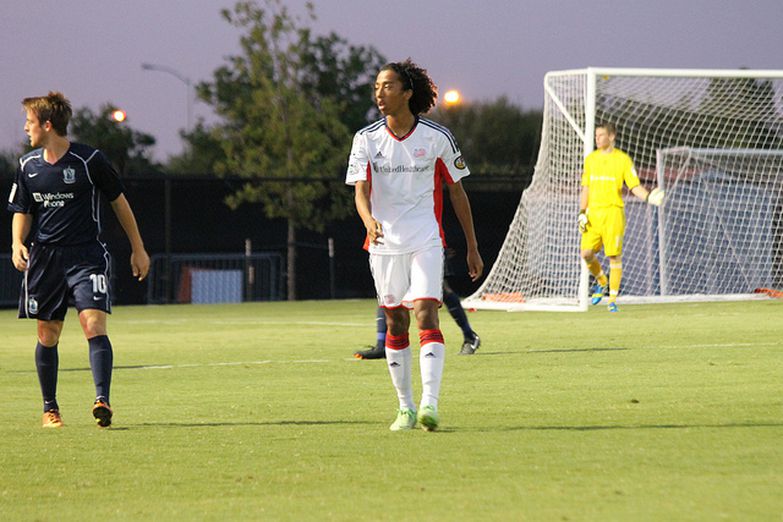 Fernander Demas sent a long free kick on goal that badly wrong-footed Cuba's goalkeeper and brought Haiti level in the 57th minute. Later, in the 73rd minute, Haiti appeared to have the match won when Jonel Desire set up Woodensky Cherenfant for the go-ahead goal.

Unfortunately for Haiti, Cuba found an equalizer in second-half stoppage time. Saname sent a corner into the box that Yendri Torres buried from the edge of the six-yard box.

Herivaux played the entire match in defense, and nearly scored a first-half equalizer when he sent a header wide off of a corner.

Haiti and Cuba matched each other statistically throughout the match, except in one key category: recoveries, where concacaf.com reports that Cuba out-worked Haiti on loose balls to the tune of 39-2.

Haiti's final match of the group stage is against Honduras on Monday night at 8 PM. Should Haiti win, they'll be on five points and still have a chance of qualifying for the playoff in this tournament's somewhat-wonky format. They will need a draw or a loss from Canada, who faces Cuba on the same day, to qualify outright. Otherwise, they'll need El Salvador to lose to Mexico, and to close the goal-difference gap between themselves and El Salvador, currently sitting at -2 and +1.