After a disappointing substitute performance on Saturday, Revolution academy prospect Zach Herivaux came back with a better performance, going the full 90 minutes and helping set up Haiti's goal in a 1-1 draw.

Share All sharing options for: Herivaux Rebounds as Haiti Draw El Salvador in CONCACAF U-20 Championship

Zachary Herivaux and the Haiti U-20s played their second group match of the CONCACAF U-20 Championships on Monday night in Montego Bay, Jamaica, gutting out a 1-1 draw. Herivaux, a substitute in the last match against Canada, played the full 90 minutes in defense for Haiti. 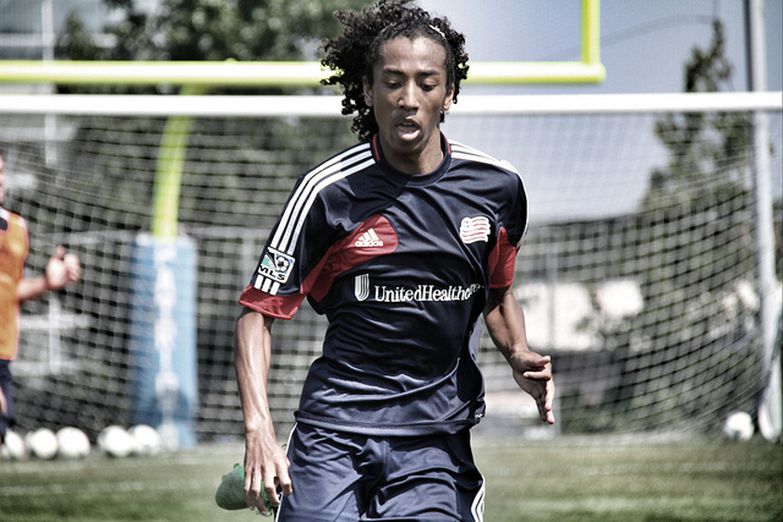 Zach Herivaux had a rough day at the office for Haiti on Saturday, conceding a penalty in a 3-1 loss to Canada.

Jose Villavicencio gave El Salvador the lead in the 27th minute. However, in the 88th minute, Herivaux was brought down in the box by Roberto Dominguez, paving the way for striker Jonel Desire - scorer of Haiti's goal against Canada - to convert from the penalty spot and salvage a draw.

After finding himself the direct cause of a conceded goal at the weekend against Canada, it was something of a redemption for the New England Revolution prospect to earn the penalty that saved a point for the Haitians. Herivaux and his teammates actually played El Salvador quite tough, out-shooting la Azulita 6-4.

The draw leaves Haiti in fifth place in their group at one point, behind Mexico (six points), Honduras (four points), Canada (three points), and El Salvador (two points), and ahead of Cuba (zero points). With matches remaining against Cuba and Honduras, it is far from over for the Haitians in the competition, and Herivaux might yet see his team make the knockout rounds.