New England may have advanced in the Open Cup at the expense of their affiliate club, but they did so on the back of another Jekyll-and-Hyde performance like the one seen last week in Richmond. Yet again, it was a brilliant first half that was nearly undone by a sloppy second.

The quarter-finals of the U.S. Open Cup await the New England Revolution after Wednesday night's 2-1 victory over the Rochester Rhinos. First-half goals from Saer Sene and Kelyn Rowe propelled the Revs to the win, and they managed to survive a second-half surge from Rochester that included a Colin Rolfe goal to secure advancement.

Unfortunately, the performance wasn't all roses. As in Richmond last week when the Revs booked passage through the fourth round, New England failed to play a consistent 90 minutes of quality, dominant soccer, instead relying on first-half brilliance to set up the advantage before spending the second 45 minutes hanging on for dear life against inferior opposition.

"Any time you advance it's a positive, but I thought again it was a tale of two halves for us," said head coach Jay Heaps after the match. "I'd like to be a bit better coming out in the second half. I think we were just a little bit sloppy and gave the ball away way too easily." 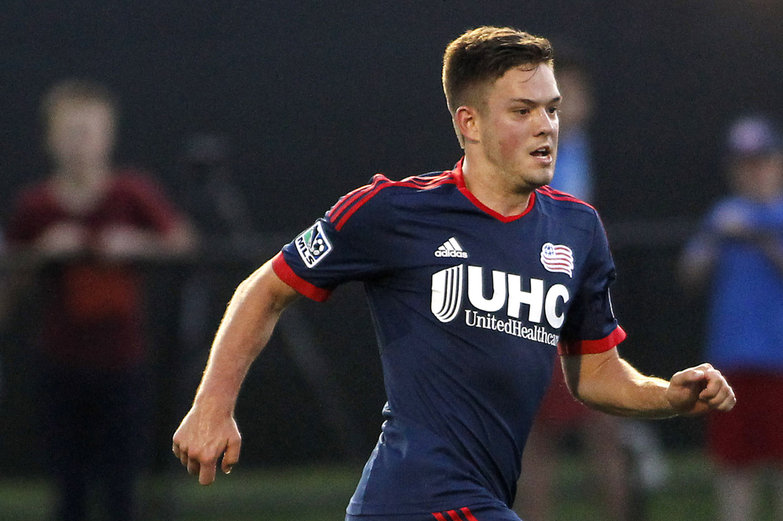 New England moves on in the Open Cup after they took down Rochester 2-1 in Providence.

Heaps wasn't kidding. After an opening stanza where the Revs peppered Rochester with seven shots - five on goal - and two scores, New England sat back and watched as the Rhinos roared back into the thick of it in the second half. The visitors had five shots, two of which ended up on target, while the home side registered none.

It wasn't necessary for lack of attacking impetus. The Revs collected two offside calls in the second half, mostly thanks to Charlie Davies' propensity for hanging off the shoulder of the defender. However, the passing just wasn't crisp enough, and Rochester bossed much of the play for the remainder of the match.

Despite that, the first half showed a lot of the promise and lethality that the Revs displayed through their long winning run. The chances came thick and fast, and the squad - featuring only two regular starters in Lee Nguyen and Jose Goncalves - really hit a groove with each other across the board.

"It was good, I think we started to find a little more connection," said Kelyn Rowe, who scored his first goal of the 2014 season in the 33rd minute, which was also his sixth goal in five career Open Cup appearances. "I think Donnie [Smith] and I did well on that left side. I think [Steve] Neumann did well on the right, Saer [Sene] and Lee [Nguyen] were connecting well with [Scott Caldwell] and Alec [Sundly]. So, I think finding those little triangles, finding those little connections, was good in the first half."

New England will have to build on those first half performances and work to extend them into full-match performances. MLS play resumes for the boys in blue this weekend as they welcome the Philadelphia Union to Gillette Stadium on Saturday. The Union will be hungry for blood after being embarrassed 5-3 on their own turf by the Revs in the two teams' last meeting, and will easily capitalize on the sort of play seen in the second half at Brown University on Wednesday.

Perhaps, however, two wins on the trot will spur the Revolution back into good league form.

"A win's a win, no matter what, you're going to build momentum in that," said Rowe. "That's two in a row for us and I think that we want to carry that towards Saturday."