Soccer fever has swept the nation, and New England is no different. Mayor Walsh will show his support of soccer by hosting a watch party for the US-Germany game. The mayor also stated that he's willing to consider a soccer stadium in the city.

The World Cup has brought soccer to the forefront as games are featured daily on national networks, and results being analyzed later on programs like SportsCenter and World Cup Tonight. Long lunch breaks and fake sicknesses have become the norm as it seems that the whole country has caught soccer fever, and New England is no different.

Local shows like Felger and Massarotti, the Rhode Show and Toucher and Rich have had New England Revolution personalities on as guests. Meanwhile, players like Chris Tierney, Darrius Barnes and A.J. Soares have served as correspondents for CSNNE. The Revs have also been hosting watch parties, with the largest to-date taking place at the House of Blues during the United States - Portugal game. 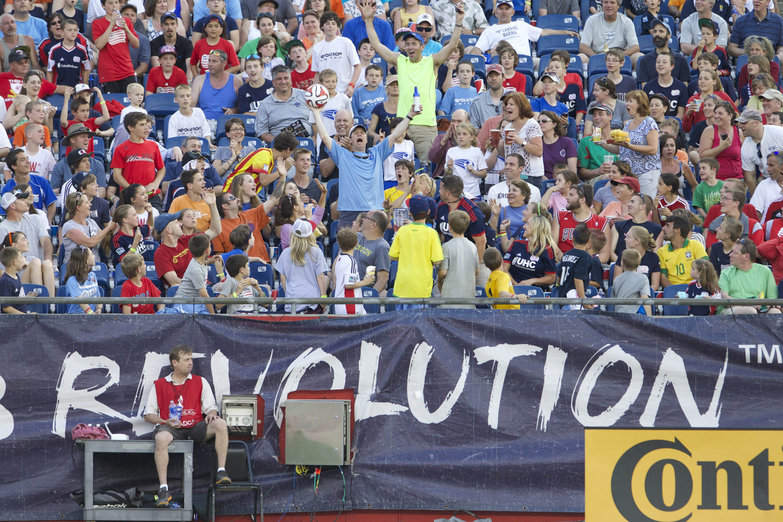 USA-Ghana was watched by millions across the country, and the New England region lead the way.

The increased interest in soccer has not gone unnoticed by Boston Mayor Martin Walsh.

In a recent interview with the Boston Business Journal, Walsh stated that he was open to looking into having a soccer specific stadium in the city. While Walsh wasn't sure of a specific location, he did say a stadium was something that he would be interested in.

The comments come on the heels of an interview that team owner Jonathan Kraft did with Felger and Massarotti. Like Walsh, Kraft stated that it isn't easy to find land in Boston that could be used to develop a stadium. Kraft went on to say that former Mayor Thomas Menino, who served from 1993-2014, didn't express a lot of interest in building a soccer stadium. Kraft was more optimistic about Walsh.

In the past, Somerville and Revere have been discussed as potential stadium locations. Nothing materialized, however, as the Revs continue to play their home games at Gillette Stadium. While Boston would certainly be an ideal site, fans would welcome any stadium that could be accessed through public transportation.

For the time being, Walsh will be fully behind the United States as they look to advance in the World Cup. On Thursday, the mayor will be teaming with the Revolution to host a viewing party at City Hall Plaza for the US-Germany game. There will be giveaways and appearances by the Revolution's street team.

This type of event isn't unprecedented since Mayor Menino hosted a watch party at City Hall Plaza for the 2006 World Cup Final. Much like Thursday's event, there were plenty of activities to get fans excited. Before the affair, Clint Dempsey presented Menino with a customized jersey.

It's difficult to assess whether the increased attention will amount to anything. The pageantry and excitement of the World Cup generally garners interest from mainstream media, public figures and causal fans, but many of these people will stop following the beautiful game once a champion is named.

For now, let's enjoy the fact that soccer is being played on many televisions around the country.