How Will the Revolution Lineup against the Rhinos and Union?

Head coach Jay Heaps will have to make important lineup choices with two games this week. Seth takes a look at who could be starting against the Rhinos and Union

Share All sharing options for: How Will the Revolution Lineup against the Rhinos and Union?

It's a busy week for the New England Revolution since they have an Open Cup fixture against the Rochester Rhinos on Wednesday and a league match against the Philadelphia Union on Saturday. Depth will be tested as both games are valuable to the Revs. With this in mind, here are the lineups that I'd like to see: 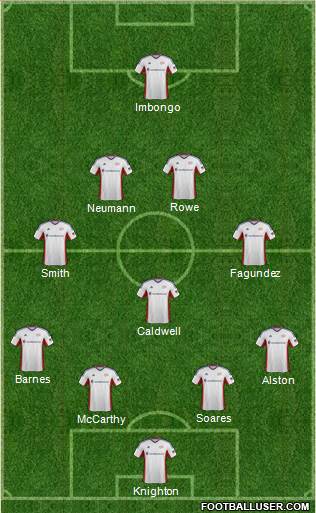 Even though this back line hasn't played together often, I believe these players will be able to keep things tight. Kevin Alston and Darrius Barnes are professionals that could be starting for a number of MLS teams. Meanwhile the Stephen McCarthy and A.J. Soares partnership was formidable in 2012.

Kelyn Rowe has come off the injury report, which means that it could be time for him to remind people why he's the King of the Open Cup. Steve Neumann retains his spot after having a goal and assist in his first professional start. I have Donnie Smith and Diego Fagundez on the peripheries. While Smith was largely quiet against the Richmond Kickers, I would start him because he has seen time with the Rhinos. Meanwhile, Fagundez is young enough to play two games in one week. Finally, Scott Caldwell gets the nod to afford Andy Dorman time to rest ahead of Saturday.

Although he hasn't been in favor recently, I'd like to see Dimitry Imbongo marshal the front line. This formation needs a holdup forward and it might be best to give Patrick Mullins the night off. I could also see Charlie Davies starting, but I think Imbongo is a better scoring threat. 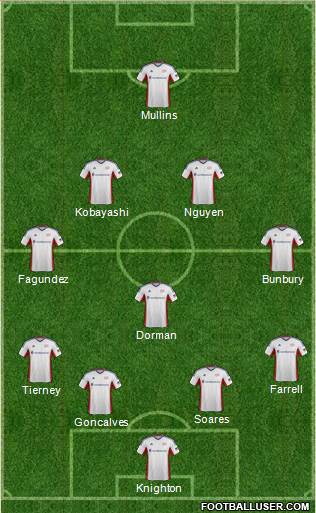 My lineup against the Union is the same that we've seen in recent league matches with one major change: Brad Knighton steps in for Bobby Shuttleworth. Shuttleworth has made a few costly mistakes recently, which should open the door for Knighton. Knighton has shown weaknesses in his two starts this year, but his preseason form makes me believe that he just needs regular playing time.

The rest of the lineup is pretty standard because the Revs have found success when organizing this way. Hopefully the break will be enough to get this team back on track. That having been said, I could see Neumann replacing Kobayashi after his recent Open Cup performance. Other players, such as Rowe, Caldwell and McCarthy, could be looking to shakeup the lineup.