Revolution Revelations: Lessons Learned in the First Half of 2014

With the World Cup break upon us, it's time to take a quick look back at the opening months of the season to find out what, if anything, we've learned about the New England Revolution.

Share All sharing options for: Revolution Revelations: Lessons Learned in the First Half of 2014

It's mid-June, and until late Wednesday night, the New England Revolution were in sole possession of first place in the Eastern Conference (D.C. United earned a 4-2 victory, vaulting them to first).

In a roller-coaster spring filled with peaks and valleys, the Revs have given us plenty to talk about, dissect, and, as always, things to gripe about as well.

The season is nearly half-over, and with a three-week World Cup break upon us, now seems a good a time as any to take a look back to see just what exactly we've learned about this 2014 New England Revolution team.

The Tale of Two Bengtsons 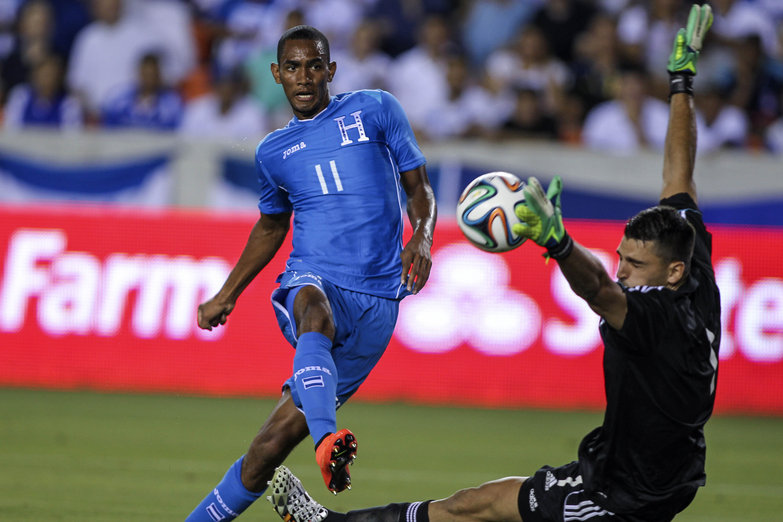 Jerry Bengtson is two different players: the one who can't get time in Foxboro, and the national hero in Honduras.

The depth of the roster is much better than expected. It's true, whether you notice it or not. Perhaps the most poignant example of this is the fact that the Revs went on their impressive run primarily without their captain and reigning Defender of the Year, Jose Goncalves. Players like Chris Tierney, Darrius Barnes, and A.J. Soares stepped up to have HUGE first halves of the season to compensate, and the Revs never missed a beat.

Crazy part? It's not just the back line that's deep. Players like Scott Caldwell and Dimitry Imbongo, players who played rather significant roles last season, have been relegated to roles off the bench, or in Imbongo's case, not playing at all. Andy Dorman is having an absolute renaissance in central midfield, and youngsters like Steve Neumann and Kelyn Rowe are pushing older veterans like Daigo Kobayashi for playing time.

Up top? Jerry Bengtson will START in a World Cup game over the next two weeks, and can hardly get a sniff of the starting XI in New England. Speaks volumes of the depth, and quality, of this roster.

This depth will certainly come in handy with the Revs eyeing a deep run in the US Open Cup that will run well into the vicious summer months.

The Revolution front office have been crushing the MLS SuperDraft. Just take a look at the names that have been drafted recently, and match it up with the roles they play at the club now: A.J. Soares, Kelyn Rowe, Andrew Farrell, Steve Neumann, and Patrick Mullins.

With the exception of Neumann who's still finding his feet a little (he HAS been seeing more playing time and looks stronger already, however), each player has played a big role in one way or another recently. Soares' play as the second center-back with Gonçalves, as well as his play in the captain's absence, has been great. Kelyn Rowe is one of the most exciting young attacking midfielders in MLS. Andrew Farrell is a future USMNT defender, and Patrick Mullins could well be the the leader in the Rookie of the Year race as you read this.

When you factor in the savvy moves the Revs have made to acquire some of these picks (like trading up to #1 to draft Farrell), you've got to give credit where it's due: Mike Burns and crew are hitting home runs with their early-round draft picks.

Lee Nguyen might be the best midfielder in MLS that's not in Brazil. Extremely bold statement, but one I wholeheartedly believe. He's been the absolute best player on the field in most Revs matches this year, and continues to hold all of the keys to the Revolution offense. Whether it's the simple one-two to open up an opportunity out wide, or a perfectly-weighted through ball to create a scoring chance, Lee Nguyen is pulling all the strings, which has led me to give him a new nickname that I've fallen in love with: The Puppet Master.

Inconsistency is going to be this team's biggest adversary over the final half of 2014. Perhaps the most frustrating aspect of this 2014 season has been the Revolution's lack of consistency on a week-to-week basis. One week, they're an unstoppable force, scoring for fun, and making everyone in American soccer-circle take notice. The next? they're getting shut out and defeated at HOME by a depleted New York Red Bulls team.

It shouldn't be too shocking that this is an issue given how young this team actually is, but if this team has any aspirations of doing something truly special, they've got to find a way to not only find their best form, but learn how to sustain it.

Lastly, and perhaps most importantly, we've learned that this team is more than capable of doing something special. Any way you slice it, this team has enough depth, talent, and experience to not only compete, but win, week in and week out. Gone are the days of going into matches with "big" teams thinking it could be ugly, or difficult. This Revolution team can play with ANYONE in MLS, and for longtime fans, that's so satisfying to see.

Last year's late-season run, coupled with a hard-fought learning experience in the playoffs, have left this team hardened, experienced, and incredibly hungry for glory. How they handle the ups and downs and the grind of a long summer will ultimately decide their fate, but if the consistency issues can be resolved, this Revolution team can dare to dream.

I CANNOT WAIT to see what we learn about this team between now and October.