Revolution 2-1 United: New England Makes Most of their Possession and Passes

Share All sharing options for: Revolution 2-1 United: New England Makes Most of their Possession and Passes

Saturday night's victory over D.C. United was a big match for the New England Revolution for many reasons, most of which have been covered here and elsewhere. However, in the match's aftermath, there were a few notable statistics that should be mentioned and may give insight into why the Revs were so successful despite losing the possession and passing accuracy battles at home.

First of all, the obvious: New England were superior in both total shots and shots-on-target. The easy analysis there is that you can't score if you don't shoot, but let's look deeper at some other stats to figure out why the Revs were able to get more shots off and maybe do more with them. 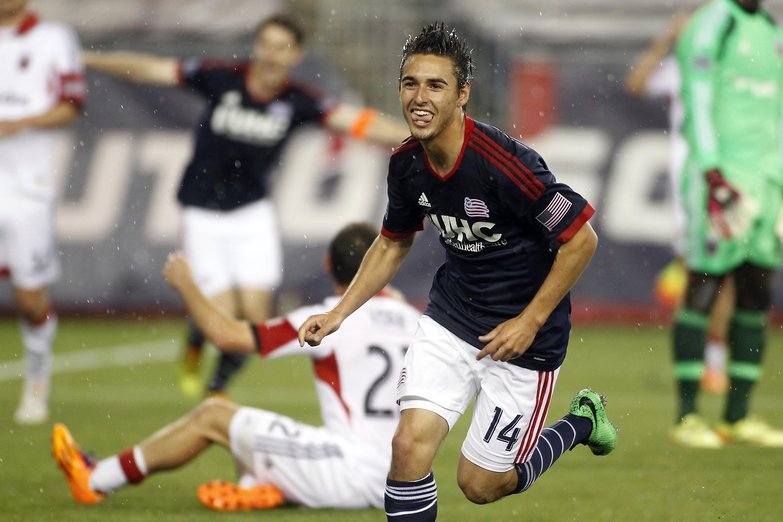 Postmatch quotes, highlights, and select stats from the victory.

Despite those accuracy numbers, the Revs actually attempted more attacking half passes, final third passes, and crosses, than United. Many more, in fact. Compared to D.C., the Revs were superior by 259-226 in the attacking half, 178-98 in the final third, and 18-12 in crosses.

This tells us that most of the Revs' possession was played in D.C.'s half and, in particular, their final third. Moreover, most of D.C.'s possession occurred in their own half, too, since their numbers in the Revs' half and final third were lower. New England attempted 85 passes out of 344 in their own half, whereas D.C. were forced to attempt 164, nearly twice that number.

The key here is that the Revs did not pass with unerring accuracy or smother with possession, but kept  the game confined to the opponent's half, and deployed extreme pressure in the final third. The visitors basically knocked the ball around their own defense and deep midfield most of the time they had possession, which the Revs were more than happy to allow. All they needed to do was force a turnover, and immediately they were swarming the attacking half and third, trying to work openings and creating shots.

It's a case of making full use of the possession you have, rather than just hoarding the possession altogether. Many armchair statisticians look at possession like the holy grail of soccer analytics, but the truth is far more complicated. The Revs showed against D.C. that a team with a game plan can lose the possession battle and even be less accurate with their passes, but still win by doing all of their passing and possessing in the right areas. The result was a 2-1 victory.

This also shows us that the Revs are abysmal crossers of the ball. Seriously, you can't really overlook that 6% accuracy number on 18 attempted crosses. Otherwise, though, it looks good.