Life After the Revolution: An Interview With Kheli Dube

Kheli Dube was a former finalist for MLS Rookie of the Year and helped the Revs win the 2008 SuperLiga championship. Since then, Dube has returned to Zimbabwe but still has good memories of his time in Foxboro.

Share All sharing options for: Life After the Revolution: An Interview With Kheli Dube

Mkhokheli "Kheli" Dube may have only been with the New England Revolution for a short, four-year period, but he certainly made an impact. The speedy striker was named a Rookie of the Year finalist in 2008, won a SuperLiga Championship in the same year, and co-led the team in goals in 2009. Although his stint with the Revs ended in 2011 and a desire to be closer to family has prompted a move back to native Africa, Dube maintains fond memories of his time in New England and continues to stay up-to-date with the team.

Born in Bulawayo, Zimbabwe, Dube played in the youth system of his hometown club, the Zimbabwe Saints, before graduating to the Zimbabwe Premier Soccer League. He played two years with Highlanders FC and gained international experience while playing for the nation's under-17, under-20, and under-23 teams.

An Interview with Thomas Rongen 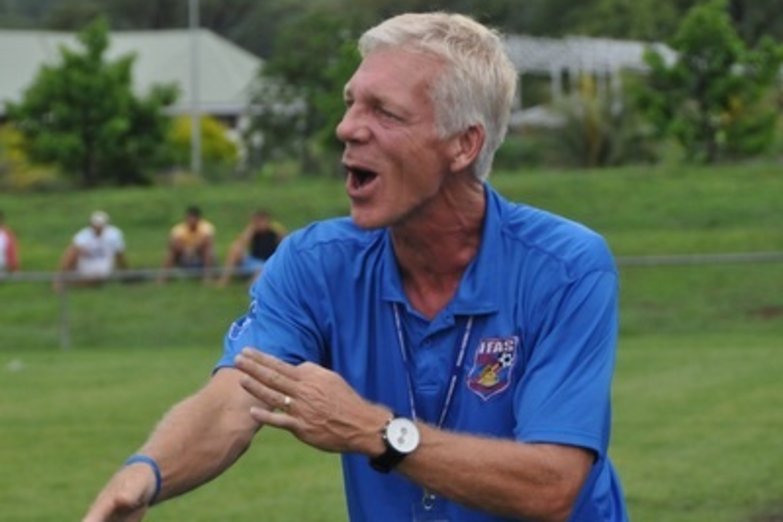 Seth Macomber spoke with Thomas Rongen and the directors of the documentary Next Goal Wins.

In 2004, Dube earned a scholarship that would bring him to the United States to play collegiate soccer. In his two years at Lindsey Wilson College, Dube contributed 36 goals and 14 assists while helping the team to a pair of NAIA National Tournament Final Four appearances. In 2005, the Blue Raiders won a national championship. With his stock on the rise, Dube left Lindsey Wilson for Costal Carolina University.

"I did my first two years of college at Lindsey Wilson College, a NAIA school with less exposure, and transferred to Coastal Carolina, a D1 school," Dube said. "That's where I was spotted and drafted by the Revs."

It's easy to understand why the Revs would be interested in Dube. With his new squad, the crafty forward collected 16 goals and 12 assists. In 2007, he was named the Big South Conference Player of the Year while also being recognized as an All-South Atlantic performer.

These impressive college accolades led to an opportunity to play professional soccer in the U.S. when Dube was picked eighth in the 2008 MLS Supplemental Draft. Being drafted was only part of the journey as Dube still needed to impress the coaching staff and earn a contract. Already 24 years old, this wouldn't be an easy task.

"I don't think they are any advantages for any player when you get drafted," Dube commented. "You just have to go there and show what you can do and bring to the team and earn respect among the players. Hoping at the end of the preseason you are offered a contract."

Dube's speed and natural scoring ability afforded him a developmental contract. Although he would be making approximately $1,000 a month, Dube was grateful for the opportunity. His debut for the Revs came in the season opener against the Houston Dynamo when he entered as an 81st minute substitute.

Under the tutelage of head coach Steve Nicol and assistant coach Paul Mariner, who Dube called the "best coaches I was lucky [enough] to have played under," the Zimbabwe native continued to improve and saw significant minutes. Dube was named a Rookie of the Year finalist after offering four goals and four assists in 21 appearances (13 starts).

The Revs relied heavily on Dube since Taylor Twellman was struggling with concussion symptoms. The injury prevented the two strikers from playing together much, but Dube still learned a lot from the Revolution legend.

"I was fortunate enough to be his teammate," Dube praised. "We are talking about a prolific forward who made me realize that being a forward - it's all about scoring, making good runs around the box and making your teammates look good."

Dube's time in New England came to an end in 2011. After missing the playoffs for two consecutive years, the Revolution front office made some big changes, including parting ways with Nicol. Saying goodbye was difficult for Dube.

"My teammates made me feel at home from day one and above all the fans welcomed me with both hands and showed me love and I'm forever grateful for that."-Kheli Dube

"I had an amazing experience during my time with the Revs," Dube remarked. "First of all, the organization was great. The coaches were supportive and brought the best out of me. My teammates made me feel at home from day one and above all the fans welcomed me with both hands and showed me love and I'm forever grateful for that."

Dube was picked up by the Chicago Fire in the Re-Entry Draft. After being trained to dislike the Fire as a Revs player, Dube admitted that it was different to wear the red of Chicago.

"It was difficult to an extent because at first you think about the rivalry and l was on the other side now," Dube said. "At the end of the day, I'm a professional. I had to go out there and do my job."

Although he appreciated his teammates, the organization, and fans, Dube stated that his spell with the Fire was "one those times you want to quickly forget." Dube never made an appearance with the first team. Furthermore, his heart was elsewhere because of the recent birth of his son.

After being waived by the Fire on June 26, 2012, Dube moved overseas to play for AmaZulu FC of South Africa. A year later, he has returned to Zimbabwe and joined Chicken Inn FC, a move that was largely driven by his desire to be closer to family. Although he loves his time on the soccer pitch, Dube claims that "nothing can beat being with my family."

Chicken Inn played their season opener on Saturday and, to no surprise, Dube scored a goal. At 30 years old, he still thinks he has a few more years left to play. He will also be taking courses to learn more about coaching.

Despite having a busy schedule and living on a different continent, Dube still follows the Revs. Beyond friends like Chris Tierney and Darrius Barnes, Dube is impressed with the young talent on the team, especially Diego Fagundez. He also had high praise for current head coach Jay Heaps, alongside whom he once played.

"He is a motivator and a student of the game," Dube said. "Above all Jay is an intelligent guy who knows what he is doing. I think he is going to have a great career as a coach. All the best to him and the Revs this year."