Many names appeared on the Revs' preseason roster, but where are they now? TBM investigates familiar faces like Shalrie Joseph and Marko Perovic, as well as the unknowns like Evan Melo and Juan Perotti.

Brian O'Connell of New England Soccer Today reported that there were some unfamiliar faces at the New England Revolution's practice on Wednesday. One of these trialists, goalkeeper Larry Jackson, has already been added to the roster. In light of this recent development, The Bent Musket has decided to track the players that donned a Revs uniform during preseason.

Jamel Johnson-The American midfielder spent a lot of time in Europe, but never really stuck around at any particular club. Johnson had stints at Blackburn, Preston North End, Darlington, Wolves and more. Before joining the Revolution's preseason camp, Johnson played with SV Gersthof of the Austria fourth division. He is currently without a club.

Catching Up With Kheli Dube 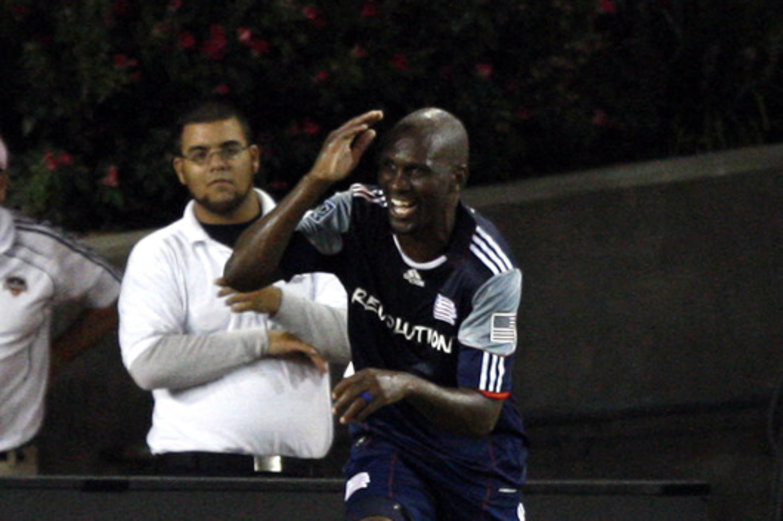 Shalrie Joseph - With his time at the Seattle Sounders behind him, Joseph joined the Revs during their trip to Tucson. The Revolution legend was promptly injured after entering a preseason match against the Chicago Fire. The Revs kept Joseph around in order to give him a fair shot at earning a contract. On March 22nd, General Manager Mike Burns said that the team was going to make a decision soon. Joseph's official status is unknown at this point.

Gorka Larrea - The Spanish midfielder was a mysterious individual when he joined the Revs. The 29-year-old started his career at Real Sociedad and had featured at every level of his homeland's youth national team. His most recent club was Numancia, but his contract expired in 2013. Although Larrea showed some attacking flair, it wasn't enough to earn him a contract. He's currently unattached.

Evan Melo - Melo was a repeat trialist after spending some time with the Revs during the 2013 season. The striker scored against the Philadelphia Union in a preseason scrimmage and has ties to the team since he played with Jose Goncalves at FC Sion. Instead of making the jump to the United States, however, Melo stayed in Switzerland and joined FC Bulle, a team for which he has scored one goal in three matches.

Marvin Ogunjimi - The Belgian forward was present for a part of the Tucson trip, but didn't do enough to earn a contract. Ogunjimi's search for a club brought him to Norway where he scored two goals for Stromsgodset in a friendly. Ogunjimi looked set to sign a one-year contract with the Norwegian powerhouse until Mallorca, who currently owns his contract, denied the move. The deal was reportedly nixed because of financial issues.

Pierre Omanga - Omanga was the only 2014 Revolution draftee that didn't sign a contract with the team. The 6'2 forward was a mainstay throughout preseason, playing mostly as a winger in the 4-1-4-1 formation. Although he was eventually released from camp, the Revs will be able to keep a close eye on him since he will be playing with the Rochester Rhinos this year. Omanga wasn't a part of the Rhino's season opening loss to Orlando City SC.

Juan Perotti - Perotti started the second half of the Revolution's first preseason game, playing 45 minutes against Malmo FF. Perotti made an immediate impact as he earned a yellow card five minutes after entering the game. The Argentine midfielder only spent a few days with the Revs before returning to Estudiantes de la Plata. He continues to be a reserve with the team.

Marko Perovic - The Serbian's arrival at Gillette Stadium caused a large response on social media. Perovic made a few starts during his preseason stint and didn't look entirely out of place. After his scheduled departure, Perovic went to Thailand and eventually signed with Chainat Hornbill. In his first game with the club, Perovic scored a goal in a win over Army United.