Boston's resident troll weighed in on the Revs loss. Then, out of nowhere, a most unexpected champion arose to take the sword against him: Red Bulls head coach Mike Petke.

Sports fans in New England aren't happy right now. Those of us who are big New England Revolution fans are in mourning. Naturally, it's the perfect time for the biggest troll in the region to weigh in.

Silver lining of Revs loss is that now we don't have to pretend they are relevant. Nice try by the Revs. But we are a Four Team Town.

I penned an ode to Michael Felger the other day for his takedown of Shaughnessy, and in it, I tried to be relatively civil. It's difficult to maintain that candor here. Normally, I would be inclined to launch into a tirade over this, but I have reined myself in. And then, the moment:

@Dan_Shaughnessy Dear Dan, in all honesty your comments regarding the Revs are laughable and outdated.

@Dan_Shaughnessy The fact that you would say something as pathetic as that shows your knowledge and class as a "so called" sports reporter.

@Dan_Shaughnessy What's even more pathetic is that by saying that, you have brought more relevance to MLS. So keep it coming big guy.

@Dan_Shaughnessy To the Revs fans, ignore this type of BS hometown reporting and keep your heads high

@Dan_Shaughnessy even though I hope to kick your butts next year, you have a lot to be proud of

Where did this come from? Do we care? No, we don't. Mike Petke isn't just a fan crying in the corner throwing shade at the local columnist. He's a well-respected veteran of this league and the head coach of last year's Supporters' Shield winners, finalists in the Eastern Conference this year. There's a weight behind his words that none of us can hope to replicate. 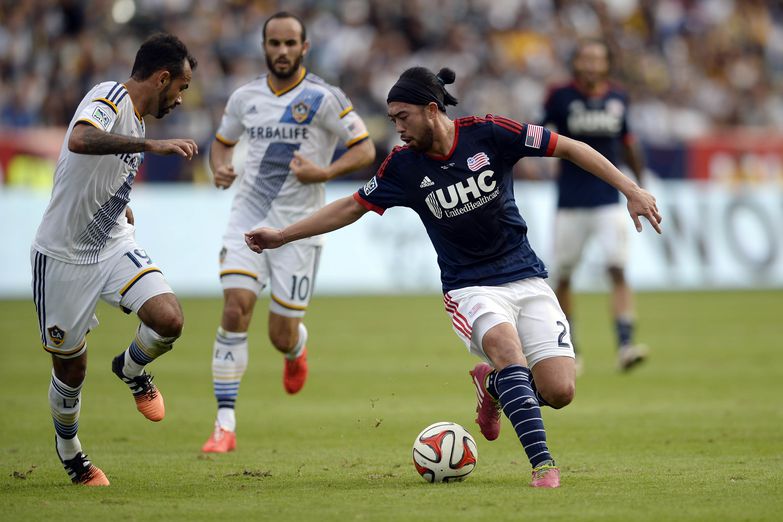 The Revolution fell just short, losing 2-1 to the Galaxy in the MLS Cup Final.

Does it make the loss feel any better? No. But it's nice to even see other markets get in on the act of calling out Shaughnessy on his bull.

Listen, you can hate soccer. You can hate it with all the passion and fire of a thousand suns. It's your right. I won't judge you, and no one should. But that's not what this is about. And I'm tired of seeing Shaughnessy pull this trolling crap and then put himself on the cross and act like he's being attacked by soccer fans.

You know what, though, you're supposed to be a professional. You are supposed to be a sports writer. Sports, Dan. Not just the Red Sox, not just the Pats. Sports. Act like someone who values his job, not someone who takes it for granted, and if you're asked to cover soccer or the Revs, just do it like a professional. For the other 99% of the time, no one is forcing you to watch or care.

Leave us alone, Dan, and we'll leave you alone, too.

And Mike? You're cool. We'll see you next year.