Lee Nguyen lost a classic MVP race, not because he wasn't deserving, but because oftentimes American sports voters focus on the best player, not who is most valuable to their team.

I am not going to dispute whether or not Los Angeles Galaxy forward Robbie Keane is deserving of the MLS MVP Award for the 2014 season.

Because he is. With 19 goals and 14 assists, Keane has arguably put up the best season by any metric, either stats or the "eye test," of any MLS player, even better than fourth-place finisher Bradley Wright-Phillips of the New York Red Bulls who led the league with 27 goals.

Lee Nguyen Passed Over for MVP 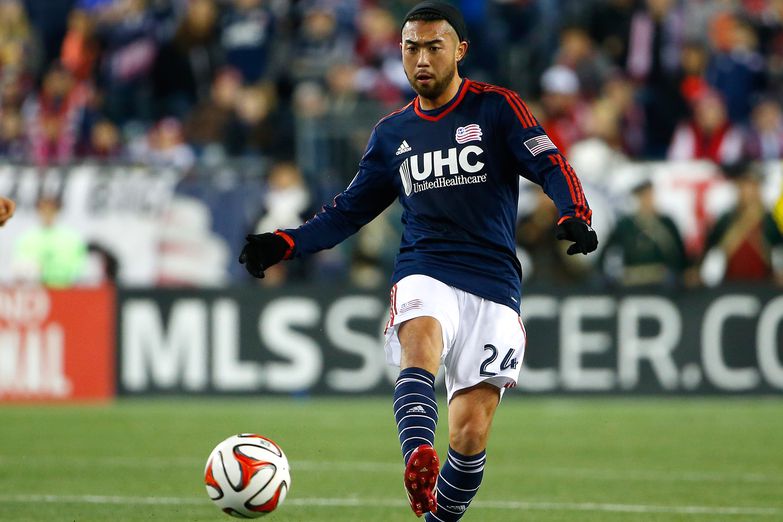 Lee Nguyen was beat out by Robbie Keane for the 2014 MLS MVP award.

But where voters went wrong is not with the statistics of Keane, BWP, or runner-up Obafemi Martins of the Seattle Sounders, it's with the title of the award itself. The MVP stands for "Most Valuable Player," not the best overall player or the highest scoring player in 2014 or the best player on the best team, but it's supposed to be the best individual player performance throughout the year that their team could not do without.

Now, am I biased when I say that Lee Nguyen is the "most valuable" to the Revolution in 2014, perhaps. Am I also biased in saying that Andruw Jones' 2005 season for the Atlanta Braves was more important than Albert Pujols' year with the St. Louis Cardinals because I'm an Atlanta Braves fan? I don't think so, because my argument goes beyond the stats and I will always regard Andruw's '05 season not winning the National League MVP as one of the greatest injustices in awards history. Do I think the same of Lee Nguyen's 2014? You better believe it.

The Most Valuable Player Award often goes to the best player on the best team, and as far as I'm concerned, that's not what the spirit of the award intends. If you want to have a "Player of the Year" type award, that's fine, Robbie Keane is very deserving of such an award after his 2014 campaign, just as Martins, BWP and several others are. But if you're handing out an MVP award, it should go to the player whose on the field performance benefited his team more than any other in the league.

That means not looking solely at stats. And as much as I respect BWP's finishing prowess this year, there's more to soccer than just scoring goals. Keane not only scored but also regularly set up his teammates, a testament to his individual talent and season on the field. But Lee Nguyen doesn't have the same statistics the other MVP candidates have, nor should he. Not only because he plays a different position, but for two months he wasn't even a goal scoring threat, he was practically playing holding midfield for a team that offensively didn't do anything for a third of the season.

More: Jones Passed Over for Newcomer of the Year Mock Expansion Draft

If you look at the 2014 New England Revolution, it's easy to forget that they were in first place back in May before an 8-game losing streak put them below the thin red line and on the outside looking in to the playoffs. Yes, the Jermaine Jones signing changed the Revs fortunes back in August, but for those who hadn't been watching the Revs all year, you were missing out on a weekly performance that rivaled any player in the league. Lee Nguyen's play was spectacular throughout the season, but I feel that most of the league only started to notice after the Revs won a blind draw for Jermaine Jones.

What Lee Nguyen did for four months in keeping the Revolution relevant in the MLS regular season, and even in several of those losses in the the Revs' long losing streak, was nothing short of spectacular. For two months the Revs couldn't buy a goal or a win, and that was despite Lee Nguyen's tremendous effort on both sides of the ball. When it really mattered and the Revs desperately needed three points, Nguyen scored twice against a Colorado Rapids squad playing on a short week. Nguyen carried the Revs on his back for two months with no points to show for it, becoming more of a midfield enforcer than a goal scorer or creator during that time because that's what his team needed.

His 5 assists during the regular season speak volumes to the struggles of the players around him during the early part of the year. Teal Bunbury couldn't score a goal as a lone striker, eventually moving out to the right wing and having a solid two-way season despite a relatively meager stat line of four goals and six assists. Kelyn Rowe, who scored seven goals and notched eight assists in 2013, didn't record a point until an assist in late June of 2014 and didn't score until July 30th, the same game against the Rapids that Nguyen scored two goals, and Lee had the assist on Rowe's goal. Diego Fagundez eventually found the bench after cooling off from a stellar 2013 campaign and regular midfielders Scott Caldwell and Daigo Kobayashi aren't regular goal scoring threats for the Revs despite their hard work in the Revs' possession game.

I could even go so far as to suggest that without Lee Nguyen's stellar play for the first four months of the year, that the Revolution might not have pushed so hard for Jermaine Jones at the end of the year, a move that proved to be so important the Revs as they finished in second place with Nguyen and Jones leading the Revs into the playoffs as one of the hottest teams in the league. It was Nguyen's play during the Revs' long losing streak that made it apparent he needed the same type of big -help that other MLS MVP candidates enjoyed for the entirety of 2014, and Jermaine Jones was the perfect answer for the Revs, there's no doubt about it.

But those same people who saw what Nguyen did at the end of the year seemed to forget what Lee did for the first four months of the year, with hardly the same support around him as the other three MVP candidates. 2014 MVP Robbie Keane is very deserving of the award, but also played alongside United States international Landon Donovan for the entire year as well as Gyasi Zardes, Stefan Ishizaki, and Juninho. Even Alan Gordon scored five goals in just over 500 minutes in 14 total appearances for the Galaxy after a late season trade from the San Jose Earthquakes.

Bradley Wright-Phillips scored a league high 27 goals, feasting on the exquisite service of Thierry Henry and Lloyd Sam,among others, for the New York Red Bulls. Obafemi Martins and Clint Dempsey formed arguably the greatest strike tandem in all of MLS for the Seattle Sounders. How many of those players covered as much ground in the midfield as Lee Nguyen did for all those months in New England, playing both ways in the center of the field? And with a supporting cast that made peanuts compared to the support the rest of the MLS MVP candidates had.

As far as I'm concerned, Lee Nguyen is the most valuable player in Major League Soccer for 2014. Without him, the New England Revolution would've likely missed the playoffs, possibly by a wide margin. Nguyen made players around him better throughout the 2014 season, not to disrespect the talent the Revolution obviously have, but Nguyen's stellar play in 2014 is what got the Revs into the playoffs, and ultimately the MLS Cup Final.

So you can keep your stats, the goals and the high-priced talent that Nguyen didn't have for the entire 2014 season. Nothing can change my mind that Lee Nguyen was the most valuable player in MLS this season. Does that mean he was the best? That's up for debate, but if you take away Keane, Martins and BWP for the bulk of 2014, you still had Donovan, Dempsey and Henry to deal with on the Galaxy, Sounders and Red Bulls respectfully. A Nguyen-less Revolution team probably means relying on youngsters Rowe and Fagundez for goals, and while certainly capable, they were not close to their 2013 attacking form.

Without Nguyen, the Revs would never have been in a position to prove they were the best in the Eastern Conference in October. That long summer slump might not have ended with such a stellar run of form with the help of Jermaine Jones and a resurgent Charlie Davies. It was Lee Nguyen that kept the Revs' 2014 season from completely falling apart in the summer, and it was Lee Nguyen that carried the Revs into the playoffs once he was allowed to be the dynamic playmaker that he is in the Revs' lineup with Jones backing him up the midfield.

Robbie Keane is deserving of the award he received yesterday, I can't doubt that. But the Galaxy would also probably be a playoff team without him as well. The same goes for a Martins-less Sounders team and probably a BWP-less Red Bulls team despite New York's general struggles defensively.

I can't say the same thing about the New England Revolution without Lee Nguyen. He was the driving force for the Revs throughout the 2014 season and he largely did it by himself, and by making others around him better. When he had a chance in front of goal, he scored. Not some of the time, not most of the time. Every time. And you can't put a price on what he did for the Revolution in 2014.

That makes him more valuable that any player in the league.