The Revolution have become a close-knit family and the Thanksgiving holiday proved it.

Share All sharing options for: Thanksgiving Holiday Highlights Family Atmosphere on the Revolution

For most Americans, Thanksgiving is a time to show gratitude, eat copious amounts of food and spend time with family. Jermaine Jones was able to take part in this yearly spectacle for the first time this past Thursday. Although he experienced the first two traditions like everyone else, Jones actually spent the holiday with a different kind of family.

With his wife and children in Los Angeles and the Eastern Conference Final looming, Jones dined with teammate Charlie Davies and his wife. The invitation was greatly appreciated as Jones himself admitted that he wasn't much of a cook. 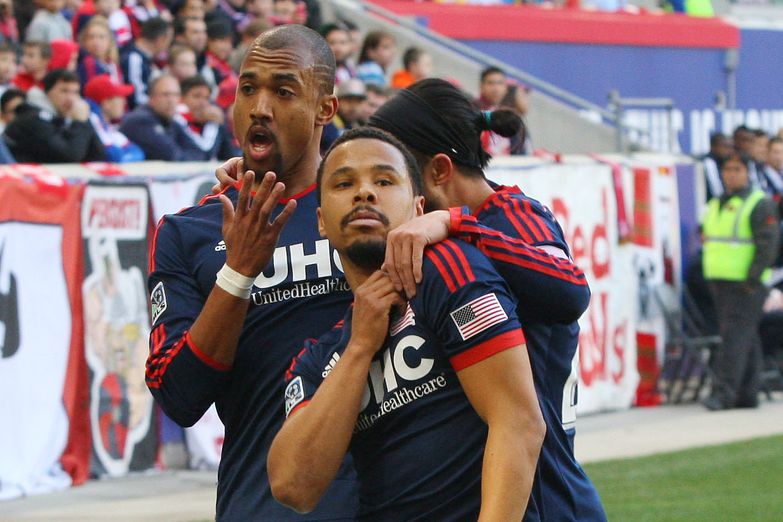 Charlie Davies just missed out on a second MLS Comeback Player of the Year award, with Timbers midfielder Rodney Wallace grabbing the accolade.

"I can’t cook, so maybe that would have been a Thanksgiving at McDonald’s, or something," the midfielder joked.

The meal with the Davies family was a success and Jones stated that he never "ate so much in his life." More than a good meal, Thanksgiving with teammates was a way to ease the pain of being away from his family.

"I have to say that I was a little bit down to not have the first time with my family and my kids," Jones said. "We do have to do that separate but it was a nice Thanksgiving and I’m really happy that people was thinking about me and that I don’t have to sit alone in my apartment."

The Thanksgiving event was a simple gesture that highlights the camaraderie among players on the New England Revolution. Part of the team’s success this year can be attributed to the players knowing when to be lighthearted and when to get serious.

"The guys are laughing," head coach Jay Heaps explained in a press conference on Nov. 26. "They’re having a good time. But at the same time, an hour ago the screws were really tight and guys were really pushing each other. So to me, it’s a great balance."

Although Jones hasn't been with the team for long, he has quickly become a part of the Revolution family, which can only be viewed as a good thing ahead of MLS Cup.

"When I come here, I make my first game in Toronto, I can feel that this is a good team, like a small family," Jones told MLSSoccer.com’s Andrew Wiebe after Saturday’s game.