Fagundez May Be Set to Choose Uruguay Over the USA

With multiple friendly appearances for the Uruguay U-20 team and U.S. citizenship still four years away, Diego Fagundez looks to be slipping further and further out of the U.S. National Team's reach.

Share All sharing options for: Fagundez May Be Set to Choose Uruguay Over the USA

New England Revolution forward Diego Fagundez put in a good performance this past weekend with the Uruguay U-20 team in a friendly against local side Colonia, and such showings may be rapidly closing the door on the United States' chances of getting him to suit up in red, white, and blue.

Fagundez appears tired of waiting for his USA dream to materialize, according to a report from Frank Dell'Apa for ESPN FC. It would seem that he's had little to no contact with the national team, at least not since he was called into a U-15 training camp before US Soccer realized he was not an American citizen.

Fagundez Tears it up for Uruguay 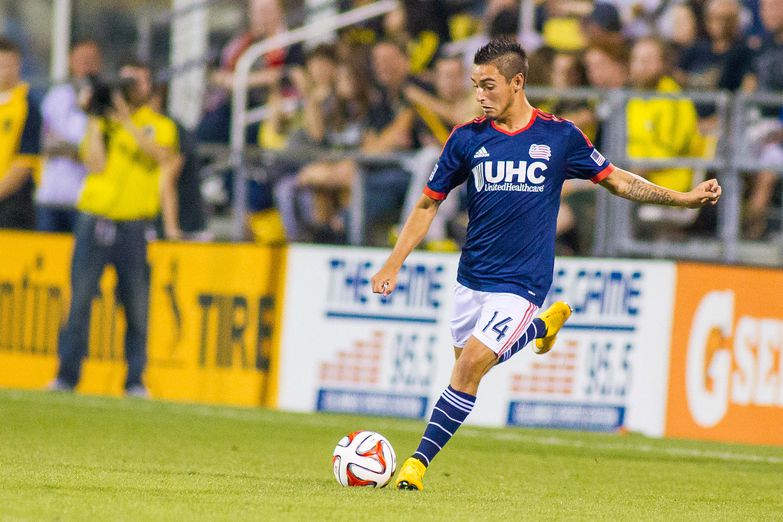 Diego picked up a goal and two assists in the Uruguay U-20's friendly with club side Colonia on Sunday.

"They haven't even approached me and it looks like they're not interested in me," Fagundez told Dell'apa. "I can't keep waiting for them. I'll see where this takes me. That's why I'm going to Uruguay, I want to go there and represent the jersey and represent the country well."

The major stumbling block is the high barrier of entry for immigrants to gain full U.S. citizenship. Despite the fact that Fagundez has lived in the United States continuously since he was five years old, he only recently received his green card in 2013, and thus will not be eligible for full citizenship until 2018. Without citizenship, he cannot play for the U.S.

If that happened in January at the South American Championships, he would be forever tied to Uruguay.

The likelihood of that happening appears to be growing, as well. Fagundez had an excellent match against Colonia, assisting on two goals and scoring one of his own after coming on for the second 50-minute period of the friendly. He has already made four full appearances for the U-20s since 2012, all four of them friendlies against Peru.

Fagundez's growing body of work for La Celeste will make it harder and harder for manager Fabian Coito to leave him out, and might force Uruguay's hand to lock him up for the future. Plus, according to Dell'apa, Fagundez has close ties to both Coito and assistant coach Gustavo Ferreyra, through his father, Washington Fagundez.

For his part, Diego still seems interested in representing his adopted home country, but he won't wait too much longer. Asking him to sit around another four years might be too tall an order. It may be nobody's fault, but one of MLS's most exciting homegrown talents might not be a U.S. or Canadian talent after all.