Fill in the Blank: Who Should the Revolution Target first in the MLS Re-Entry Draft Stage 2?

it's impossible to know who will be available when it comes time for the Revolution to make their re-entry draft pick, but there are several listed players who would be excellent targets.

Share All sharing options for: Fill in the Blank: Who Should the Revolution Target first in the MLS Re-Entry Draft Stage 2?

Stage two of the MLS Re-Entry Draft is Thursday afternoon, and this is the round where all the magic really happens. Teams are required only to make a "bona fide offer" to their selections, meaning salaries can be negotiated down and player rights can be retained much more cheaply than in stage one.

If the New England Revolution are going to do anything at all in this draft, it will be today, and there are a lot of options on the table. 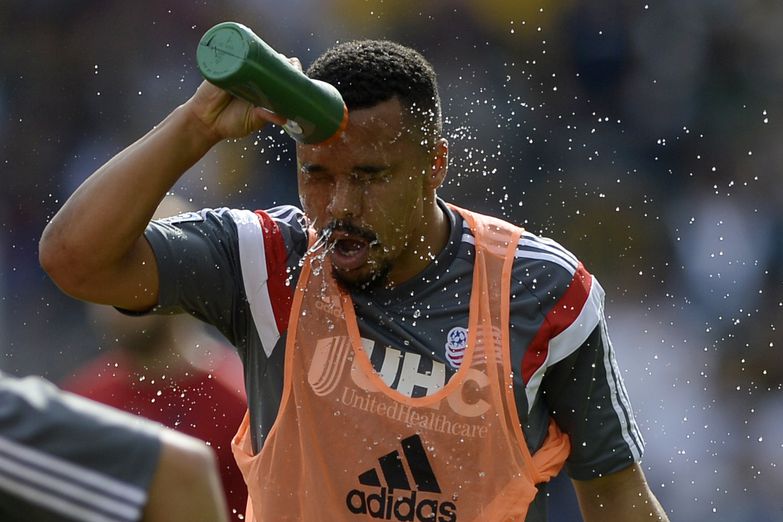 The Revs are particularly thin at forward after almost the entire striker contingent had their options declined, and the departure of A.J. Soares plus the loss of Stephen McCarthy makes the situation in defense fairly precarious. These areas seem to be the most important for the Revs at this time.

With that said, the top target in stage two of the Re-Entry Draft for the New England Revolution should be:

Speed kills, and everybody knows it. The only real source of out-and-out pace in the Revolution attack right now is Teal Bunbury, and there still isn't any guarantee he'll be back next season. Omar Cummings has been feared league-wide for his speed for years, and even at 32, he could still blow by most defenses. On top of that, he's got the versatility to play wide or up top. The only real stumbling block is his salary, but given that teams can re-negotiate with second-stage selections, you can expect his $264,000 number to come down, perhaps considerably. This at least prepares the Revs for the possibility that Bunbury leaves, and gives them even more league experience in the forward corps.

Consider it the lasting legacy of John Lozano, but I have more faith in the Revs looking abroad for attackers than I do defenders. Moreover, the amount of defensive talent in the Re-Entry Draft is impressive as Marvell Wynne, Gonzalo Segeres and Kosuke Kimura are all tempting choices. To me, however, Parke should be the primary target since he's an experienced defender who has started everywhere he's gone.

Parke's health is an important caveat as he underwent mid-season inner-ear surgery. The results of the procedure aren't clear as Parke didn't play for the rest of the season, largely because Steve Birnbaum was performing so well. If Parke is fully healthy, he would be a great asset to the Revs as either a starter or a depth piece.

While I believe the striker position represents the Revs greatest need this off season, I'm too enticed by Wynne's consistency to let him go. His versatility to slide out wide or feature centrally makes him especially valuable, given the uncertainty in the middle of the Revs back line. Sure, Wynne makes me nervous in the air--and he doesn't typically offer strong service from the flank--but his role as a flex starter or first defender off the bench makes him a worthwhile investment.

At only 23 years old, Bowen still has a very bright future and could be a top tier striker in MLS if given the chance. Given Heaps' success in reviving Teal Bunbury's career in 2014, there's reason to believe that he may be able to do the same with Bowen. The young Seattle Sounders product also addresses one of the Revs' biggest needs this offseason: striker. Would Bowen be a guaranteed starter? It's not too likely. But he could provide solid depth behind both Charlie Davies and Bunbury (if he re-signs).

Fill in the blank in the comments. Who do you think the Revs should target first?