Fill in the Blank: Impact Player for the Eastern Conference Final

The Eastern Conference Final is upon us and The Bent Musket staff is predicting who will be the impact player.

Share All sharing options for: Fill in the Blank: Impact Player for the Eastern Conference Final

It's time to play "Fill in the Blank" again! This week we will be looking at the Eastern Conference Final between the New England Revolution and the New York Red Bulls. Be sure to play along by voting in the poll or writing a comment.

This week's sentence: The player that could make the greatest impact in the Eastern Conference Final is ____. 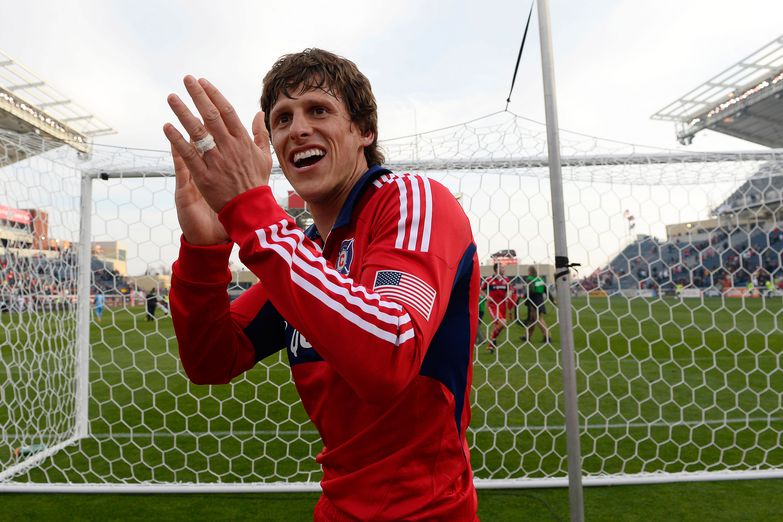 Former Revolution midfielder Wells Thompson spoke with Seth Macomber about the 2007 MLS Cup run and who he's rooting for this weekend.

We all know about the class of Thierry Henry and the finishing prowess of Bradley Wright-Phillips, but Luyindula is a bit more of an enigma. After collecting five goals and one assist in 26 regular season appearances, Luyindula has two goals and two assists in three postseason games. Luyindula's production makes the Red Bull attack more dynamic, opening up space for Titi and BWP.

New York is going to focus hard and heavy on stopping Lee Nguyen and, by extension, shutting down Jermaine Jones as a way of neutralizing the Revs' powerful and skillful midfield. With those two engaged in an epic battle all game long, the impact is going to have to come from elsewhere, and that's when Rowe can shine. He struggled with injury and sort of got lost in the shuffle this season, but this time last year Rowe was among the best in the league in assists and was a threat to score from anywhere. If he can take advantage of New York's probable-obsession with Nguyen and Jones, he can destroy them.

With all the storylines that have unfolded this season, Tierney's continued development has certainly flown under the radar. Not only can he move up and down the flank at will, enabling Heaps to make tactical changes on the fly, he offers consistently-strong service to frontrunner Charlie Davies--and anyone else who may make a run at goal. Don't forget about his upper 90 set piece stunner in Columbus, either. With both Tierney and Lee Nguyen over the ball, the Revs can wreak havoc on opposing keepers with a lefty and righty specialist. Moving up the wing, tracking back with forwards, standing over set pieces--the jack-of-all trades will leave his mark on this series.

I'm going to let everyone in on a secret, Dax is one of my favorite non-Revolution players. He rarely is going to show up on the scoresheet but all the work he puts in allows guys like Bradley Wright-Phillips and Thierry Henry to get forward and do what they do best. Against the Revs in this playoff series, Dax is going to be tasked with not only trying to stop Lee Nguyen and Jermaine Jones in the center of the field, but also be the link between the Red Bulls defense and their attackers. If New York wins this series, it will be on the unassuming back of McCarty who will probably get no glory behind Henry and BWP for the series win.

Who do you think will have the great impact in the Eastern Conference Final? Vote in the poll or let us know in the comments section!