The Boston Globe reported on Tuesday that a site on Frontage Road in South Boston is being considered for a Revolution stadium.

Share All sharing options for: Boston Globe Reports that the Revolution are Eyeing South Boston Location for a Stadium

Rumors of a Boston soccer specific stadium for the New England Revolution continue to swirl.

On Tuesday, the Boston Globe reported that the Kraft family is working hard to build a permanent home for the Revolution. The article reports that a piece of land off of Interstate 93 on Frontage Road is being considered. Located on the South End of Boston, this prospective site can be accessed through public transportation, including major highways and the MTBA’s Red Line.

The Frontage Road location is also being eyed as a possible location for an Olympic stadium should Boston win the bid to host the 2024 Summer Olympics. The site could also be used to build a new homeless shelter, according to the article. 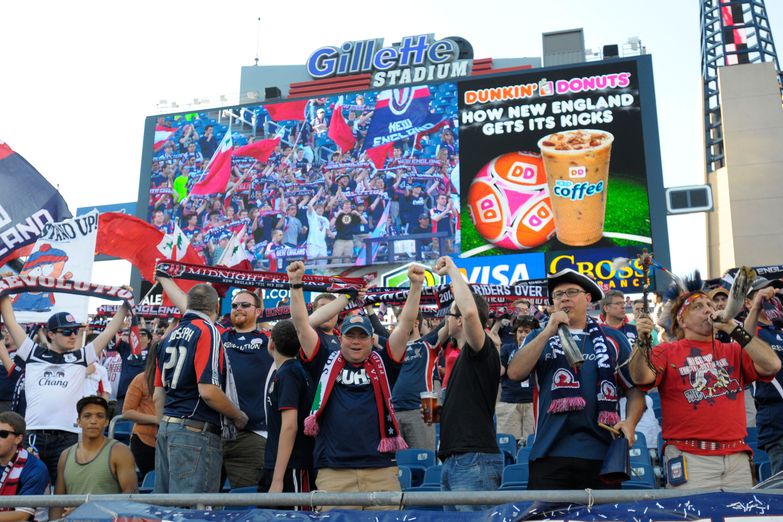 Jonathan Kraft made some remarks regarding stadium plans for the Revolution

Regardless, the Globe cites an anonymous source that claims that a Revolution stadium could be in the Frontage Road spot within five years. The article goes on to mention that the Krafts would greatly benefit from an urban location that’s easily accessible to fans.

The article offers no specifics in terms of how a soccer stadium would be financed, though it does mention that the project would "cost more than $100 million."

The Globe article comes on the heels of a Jonathan Kraft interview on 98.5 The Sports Hub in which the Investor/Operator claimed that his "team belongs in Boston or the immediate surrounding area." Kraft went on to explain that the front office will continue to work relentlessly, but quietly, behind the scenes to find an ideal location for a Revolution stadium.

Previous news concerning stadium efforts had centered around Somerville and Revere, mostly, and were heavily-attached to the casino legislation and vote in this past general election. South Boston has long been touted by fans as an excellent site, but it was unclear where the land could be found.

Unless the Globe's sources are jumping the gun here, this report represents concrete evidence that the Krafts are looking in Southie and might actually have viable options in the area. Mayor Marty Walsh asserted that, as public land, the site would be subjected to a public bidding process, but he has also come out in support of building a stadium in Boston before, so this could be good news for the Revolution.

Stadium news tends to come around this time every year, and cynics chalk it up to an attempt to drum up season ticket sales, but this is more than vague assertions of "efforts" and "talks." For the first time, it's a discussion of something other than the tired and beaten Somerville negotiations, or the seemingly-ideal but so-out-of-reach Revere location.