One week after defeating the Washington Spirit 2-0, the Breakers made a trade with their opposition, swapping forward Lisa De Vanna for defender Bianca Sierra and a pair of draft picks

Eleven matches into the 2014 season, the Breakers have struggled to develop an attacking identity, shifting various strikers in and out of the Starting XI. For the majority of the season, Lisa De Vanna, a well-traveled and typically-effective forward, stood at the forefront of her team's inconsistencies; now, she will join the Spirit, serving as the second veteran to depart after a disappointing season debut.

In return, the Breakers will welcome platoon defender Bianca Sierra, who has appeared in nine matches for the Spirit this season. The Mexican International started 66 matches across four seasons for Auburn University (2010-2013), scoring five goals, adding seven assists and recording 6,457 minutes. The Spirit also sent their fourth and fifth round picks in the 2015 NWSL College Draft to Boston. 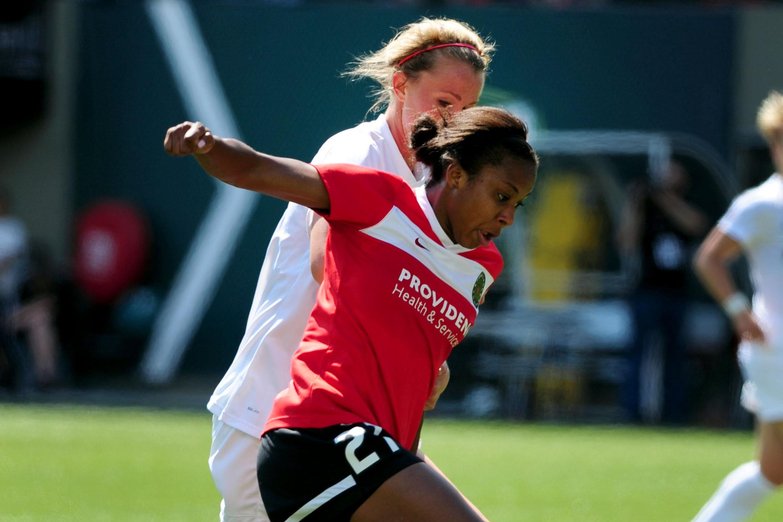 "We had several options as to who we could bring in and we are very pleased to add Bianca, as she is a young hungry player who is constantly developing," Breakers general manager Lee Billiard said. "She will be able to come in and help us positionally, and of course we always have one eye on building our roster for the future."

Billiard's words insinuate a premeditated departure for De Vanna, who was acquired by the Breakers in the off-season for a 2015 first-round draft pick and an international roster spot. Her one-assist, six-appearance campaign undoubtedly failed to meet expectations, as the Australian International scored 13 goals in 26 club matches last season. For Head Coach Tom Durkin, the move also works to shore up a porous back line that has surrendered 24 goals in 11 matches, the worst spread in women's soccer. Sierra will immediately enter the mix, adding depth - and the ability to join the Starting XI - straight out of the gate.

On the attacking side of the field, De Vanna's departure leaves room for rookies Nkem Ezurike, Jazmine Reeves and Mollie Pathman to build on promising rookie campaigns, though the team has now parted ways with two veteran strikers (De Vanna and Colombian International Melissa Ortiz) after limited appearances. Neither had ample opportunity to find their way in Boston, as Billiard cut Ortiz before the season began and dealt De Vanna after only a handful of appearances. Pressure now falls on Katie Schoepfer, who represents the only proven striker on Durkin's roster.

Sierra will likely join the Breakers ahead of tomorrow's match at Harvard Stadium, when the team hosts top-ranked Seattle and the league's most prolific attack.