How will the Breakers fare in 2014? In preparation for Saturday's season opener, our big, bad preview ties up every loose end.

After a 5th place finish in 2013 and an off-season for the ages, the Breakers will enter 2014 with higher-than-high expectations. Will GM Lee Billiard's reworked attack replace the loss of Sydney Leroux? Will Kristie Mewis become the face of the franchise? Will Boston's talented rookies contribute in year one? Our big, bad Breakers preview dives head-first into the 2014 season.

Who will take home our player awards in 2014?

Now without U.S. International Sydney Leroux, Sanderson will roam free as Boston's premier goal-scorer. From top to bottom, Sanderson will run beside a talented crop of attackers, each of whom will benefit her pursuit of a Sydney-Leroux-like season. Could it happen? We wouldn't be surprised. 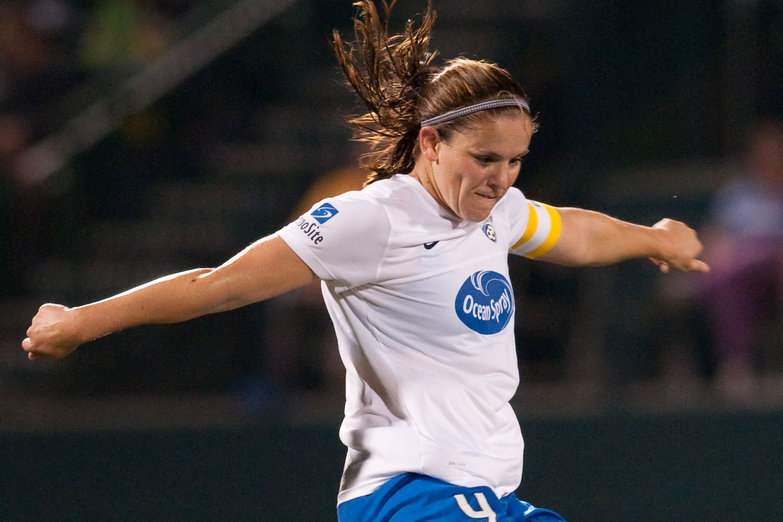 The Breakers finalized their 2014 roster, and Nick Hemming has some questions about it.

We believe in the power of parody, though we also believe that Sanderson will edge out her fellow attackers to claim the Breakers' Golden Boot. Expect Sanderson to fend off competition from attacking mate Lisa De Vanna  -  and clinical midfielder Heather O'Reilly  -  to claim her third POY award.

At times, King doesn't even appear on our radar: not because she doesn't make an impact, or because she isn't worthy of conversation, but because she plays a simple, tidy game. Week in and week out, King moves up the flank with purpose, combining with her attackers to create dangerous opportunities.

We don't know where Jones will contribute in 2014, which makes her a prime candidate for the Unsung Hero award. But we do know that head coach Tom Durkin values Jones' versatility, and will rely on her to add depth at virtually every position this season.

Despite Mollie Pathman's rise during the 2014 preseason, we marvel over Ezurike's combination of speed and strength. Have we said this before? Her finishing abilities will prove immediately invaluable in 2014.

Which headlines will define the 2014 season?

After adding depth at virtually every position, Billiard, Durkin and co. will enter the 2014 season with a fairly sustainable roster, one that seems built for August play. We're slightly concerned about the back line, and very concerned about goalkeeper depth, but believe this team will blend finishing ability (De Vanna, Sanderson, Ezurike), creative build-up play (O'Reilly, Mewis) and tough, physical defending (Whitehill). Jump aboard the bandwagon.

If we haven't made our stance clear, we're high on the British International. Even though Sanderson serves as a more of a forward in the Breakers' system, she will likely join the list as a midfielder, creating even more wiggle room. We have high hopes for the suave finisher.

By May, if not sooner, we believe Ezurike will make her Starting XI debut, jump-starting a long and prosperous career in professional soccer. Her ability to push defenders off the ball  -  and then blow past them  -  bodes well for a strong rookie campaign. Beyond Ezurike, we see similar potential. Mollie Pathman took the NCAA soccer world by storm (again) following an impressive spring showing, and Jazmine Reeves has all the tools of an up-and-coming starter. Plus, without competition behind her, Jami Kranich will surely earn her share of starts. The future looks bright.

What factors will support - and derail - the Breakers' 2014 campaign?

Achilles Heel: Everything that stands behind the midfield. We believe in the projected starting XI of King, Jones, Whitehill and Avant, and think Chelsea Stewart could represent a strong option off the bench, but fear the overwhelming number of variables. Will Jones transition smoothly? Will the starters stay healthy? Without true depth, the back line seems vulnerable.

Unfortunately, our concerns don't stop with the back line. If goalkeepers Alyssa Naeher and Jami Kranich fail to stay healthy from April to August, Durkin will need to acquire a third option. Who will back up Kranich when Naeher departs for international duty?

Sure-Footing: Everything in front of the back line. The build-up potential of Mewis and O'Reilly will serve as Boston's greatest strength in 2014. Thankfully, the midfield will create behind several capable finishers, who will work to exceed Boston's 35-goal mark from 2013. If they do, Durkin may field the league's most prolific offense  -  even without Syndey Leroux.

Will the Breakers build on a middle-of-the-road 2013 season?

With a clean slate and a revamped roster, the Breakers will enter 2014 with few questions and many solutions. Hire a capable skipper? Check. Replace Sydney Leroux? Check. Add midfield creativity? Check. When all is said and done, we believe the Breakers will enter the playoff picture, arriving in the second half of qualifying squads.