The Breakers wrapped up their 2014 preseason schedule with a 6-0 victory over Uconn, capping a perfect 4-0 spring showing. The team also signed four rookies - while leaving two on the table.

In the month of March, the Breakers outscored their opponents 17-1, earning victories over four collegiate opponents.

Breakers midfielder Maddie Evans continued her quest to join the starting XI, scoring three goals in a 6-0 rout of Uconn. 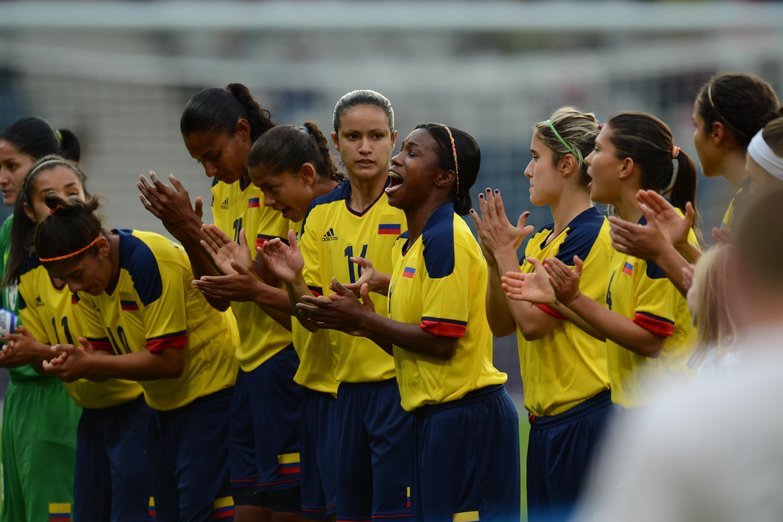 Nick Hemming broke down the surprising release of Melissa Ortiz.

In the fifth minute, captain, assistant coach and center back Cat Whitehill sent a 40-yard ball onto the foot out left back Julie King, who immediately found Evans in front of goal. The second-year midfielder finished the cross with ease. Two minutes later, veteran forward Katie Schoepfer earned a spot on the scoring sheet, sliding a low-driven shot past Uconn goalkeeper Kelly Armstrong.

The rest of the match followed suit, with Evans adding a pair of tallies: one an upper-90 stunner, the other a twenty-yard finished that just cleared the crossbar. Canadian defender Chelsea Stewart, a 60th minute substitute, made an immediate impact, scoring two goals in less than 10 minutes to complete the 6-0 drubbing.

After surrendering an early goal to the Crismon, four different breakers found the net, completing a 4-1 victory over host Harvard.

Harvard junior and former Breakers College Academy forward Meg Casscells-Hamby opened the scoring in the 14th minute, beating Breakers rookie goalkeeper Jami Kranich. A trio of first-half opportunities then went begging for the NWSL side, who waited until the 45th minute to equalize. Preseason invitee Rachel Wood played a well-paced ball over the top to former Duke star Mollie Pathman, who slotted the late-half opportunity past Harvard keeper Lizzie Durack.

Just moments into the second half, Whitehill tallied the game-winner, pouncing on a loose ball in front of goal and beating Durack for the 2-1 lead. Forwards Joanna Lohman and Katie Schopefer added two late-match goals to finish the 4-1 victory.

In the 88th minute, rookie Mollie Pathman made a run at goal, entering the BC box with pace. Goalkeeper Alex Johnson left her line, cut down the angle, and took down Pathman, surrendering a penalty kick to Pathman's side. Whitehill picked the left corner, finishing the eventual game-winner.

For the proceeding 87 minutes, Pathman served as the focal point. A 67th minute corner kick found forward Lianne Sanderson on the right side of the box, who placed a well-directed shot on frame. The BC back line cleared her attempt off the line. Moments later, Pathman played Sanderson into the attacking third, setting up a dangerous opportunity. Johnson eventually denied Sanderson, though Pathman's attacking prowess had already found its own, making an impact throughout.

In a late-March scrimmage against Northeastern University, the Breakers found their scoring stride, beating the home side 6-0 at Parsons field in Brookline, Mass.

Newly-acquired Australian striker Lisa De Vanna put the Breakers on the board in the first minute, finishing a cross from U.S. International Heather O'Reilly. De Vanna's glancing header gave her side a 1-0 advantage.

The Huskies held on for the ensuing 70 minutes, but, through the final frame of the 105-minute match, struggled to keep Boston out the net. A second goal arrived on the foot of Katie Schoepfer, who finished a Mollie Pathman cross. Pathman, then, went on to score a pair of goals, eventually adding an assist on one of Maddy Evans' two goals.

With plenty to prove, the Breakers attack accomplished its task, scoring 6 goals on a cold March evening.

Following the 2014 NWSL Draft, the Breakers signed forwards Nkem Ezurike, Mollie Pathman and Jazmine Reeves, as well as former Villanova goalkeeper Jami Kranich, per team release. Though the team has yet to make a formal announcement, sources close to the situation revealed that Duke defender Natashi Anasi has elected to return to school and will not join the team in 2014.

Duke defender Kim DeCesare, who appreared as an 85th minute substitute against Boston College, has yet to sign a contract with the NWSL club. DeCesare competed with preseason invitees Rachel Wood, Ashley Grove and Katie Oakes along the back line, tallying just five minutes of preseason action.