The Break Down, Part Six: The Mystery Departure of Melissa Ortiz

On Thursday, the Breakers waived forward Melissa Ortiz, bidding farewell to the Colombian International just weeks before the 2014 regular season. What does Mollie Pathman have to do with Ortiz's departure? We answer that very question.

Share All sharing options for: The Break Down, Part Six: The Mystery Departure of Melissa Ortiz 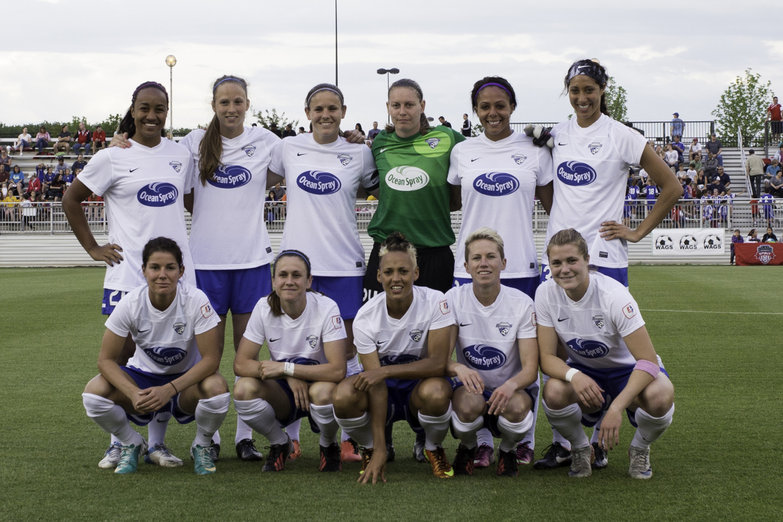 Back in December, when the Breakers announced the signing of Ortiz, we struggled to move beyond our initial skepticism. The move generated excitement across the Breakers community - fans seemed desperate for a new goal-scoring phenom - though a vague resume left us scratching our heads.

Could Ortiz really showcase the physicality and finishing ability the organization promised? Could a small sample size create optimism among Breakers fans? For some, Ortiz served as a sure-starter and soon-to-be household name. For others, she served as nothing more than a name on the roster sheet. We fell somewhere in-between.

Our original analysis predicted six goals, mostly due to a sparse attack and little competition. Then, when Billiard drafted Ezurike and Virgina Tech standout Jazmine Reeves, and acquired De Vanna, a six-goal potential turned into a two-goal potential. Our uncertainty only increased with the addition of every competitor.

In a late March match against Boston College, Ortiz appeared as a 69th minute substitute for Melissa Evans; on Thursday, she nearly found the back of the net with a soft redirection, but came up empty. And then, on Thursday night, after earning valuable pre-season minutes, Ortiz left for good, never having appeared in an NWSL match.

Although our expectations for Ortiz never matched that of De Vanna or Ezurike, and although we never jumped on the Melissa Ortiz bandwagon, the move still strikes us as a surprise. Ortiz appeared ready to claim the third or fourth striker spot and, with a strong preseason, potentially enter the Starting XI. Unfortunately, two ordinary appearances showed Billiard and Co. all they needed to see. So, what's next?

We can only assume that Mollie Pathman played a significant role in Ortiz's departure. Billiard and head coach Tom Durkin have praised Pathman throughout the pre-season, continually drawing attention to her "surprising" play. Following the team's victory over Boston College, Durkin said, "Once again, Mollie Pathman was a bright spot. She's surprised well above her expectations."

Durkin's public praise led the Breakers to sign Pathman - on Thursday, the same day they parted ways with Ortiz. Pathman will almost certainly fill Ortiz's void on the "forward depth chart," serving as Durkin's fourth striker. Thanks to her versatility, Pathman may also earn minutes as a wide midfielder, pushing forward behind Sanderson, De Vanna and whoever else may occupy the top spot.

Although we still don't know why Durkin waived Ortiz, we believe in the power of Mollie Pathman: the younger, more versatile attacker won out, pushing Ortiz down the depth chart - and off team.

We'll admit: this grade seems unfair given the uncertainty of the transaction. But we do know that Billiard saw a desirable skillset in Ortiz, enough to invest in the young Colombian International. In the end, Billiard couldn't resist acquiring "more valuable" attacking options, making Ortiz an expendable commodity. We hope Billiard's rookie attacking pair (trio, if you include Reeves) fill the void, offering depth (and goals) where needed. We're skeptical once again.